As I have previously mentioned, two American Coots are still swimming around in
Lake of the Lilies
There were probably as many as fifty here during the winter...
they have all left for summer except these two.
They should be gone by now, but remain, I assume they will be here all summer. 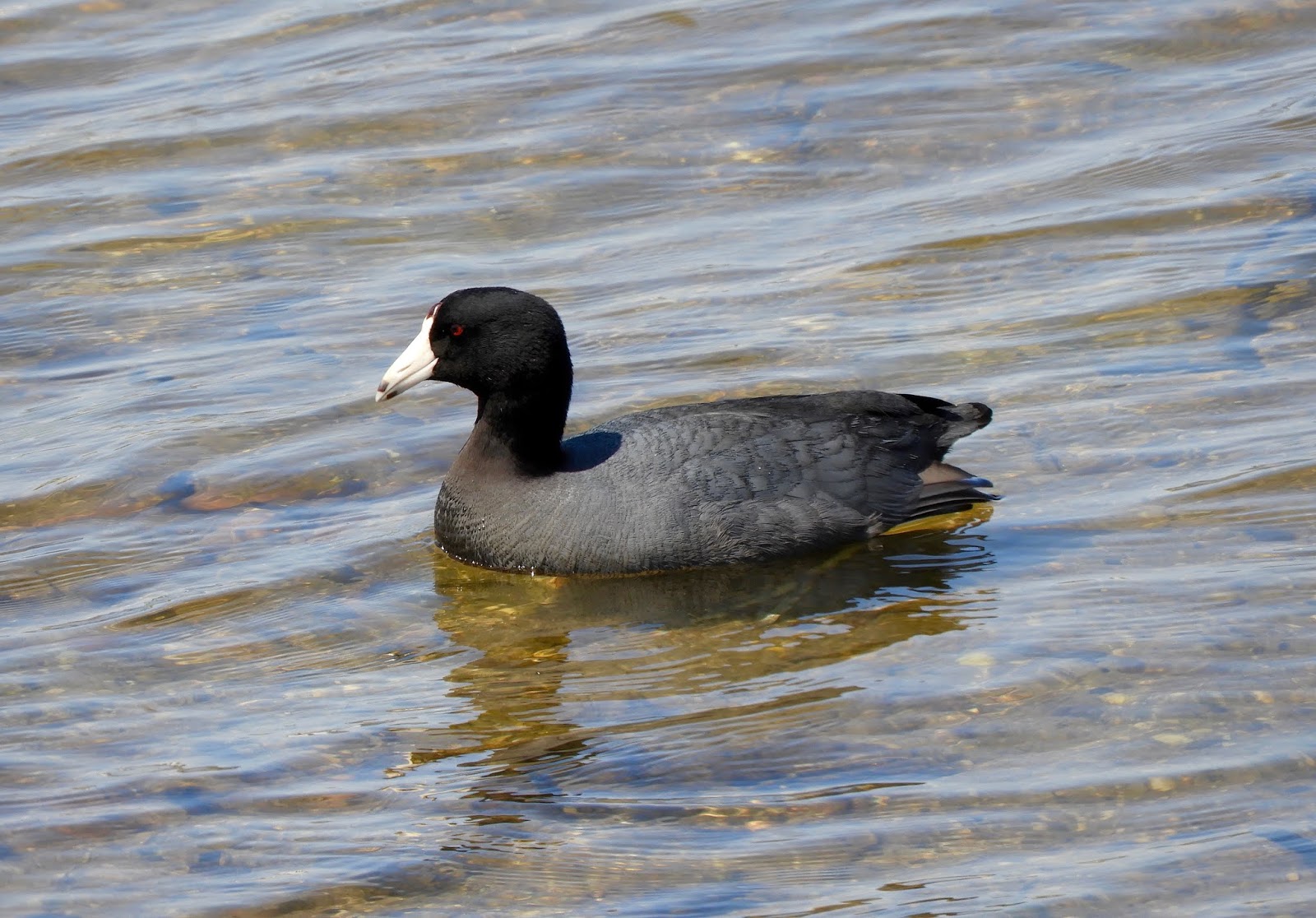 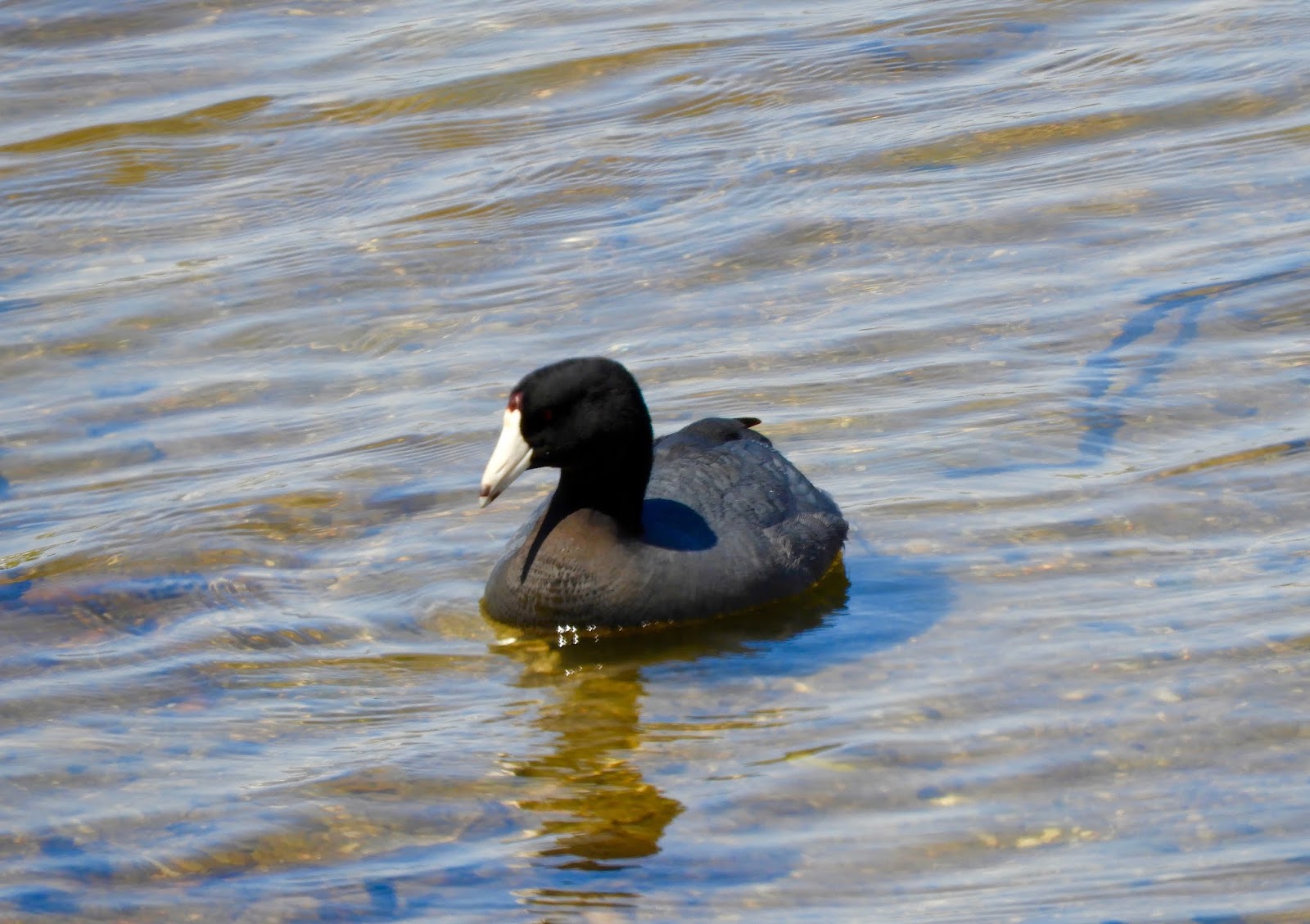 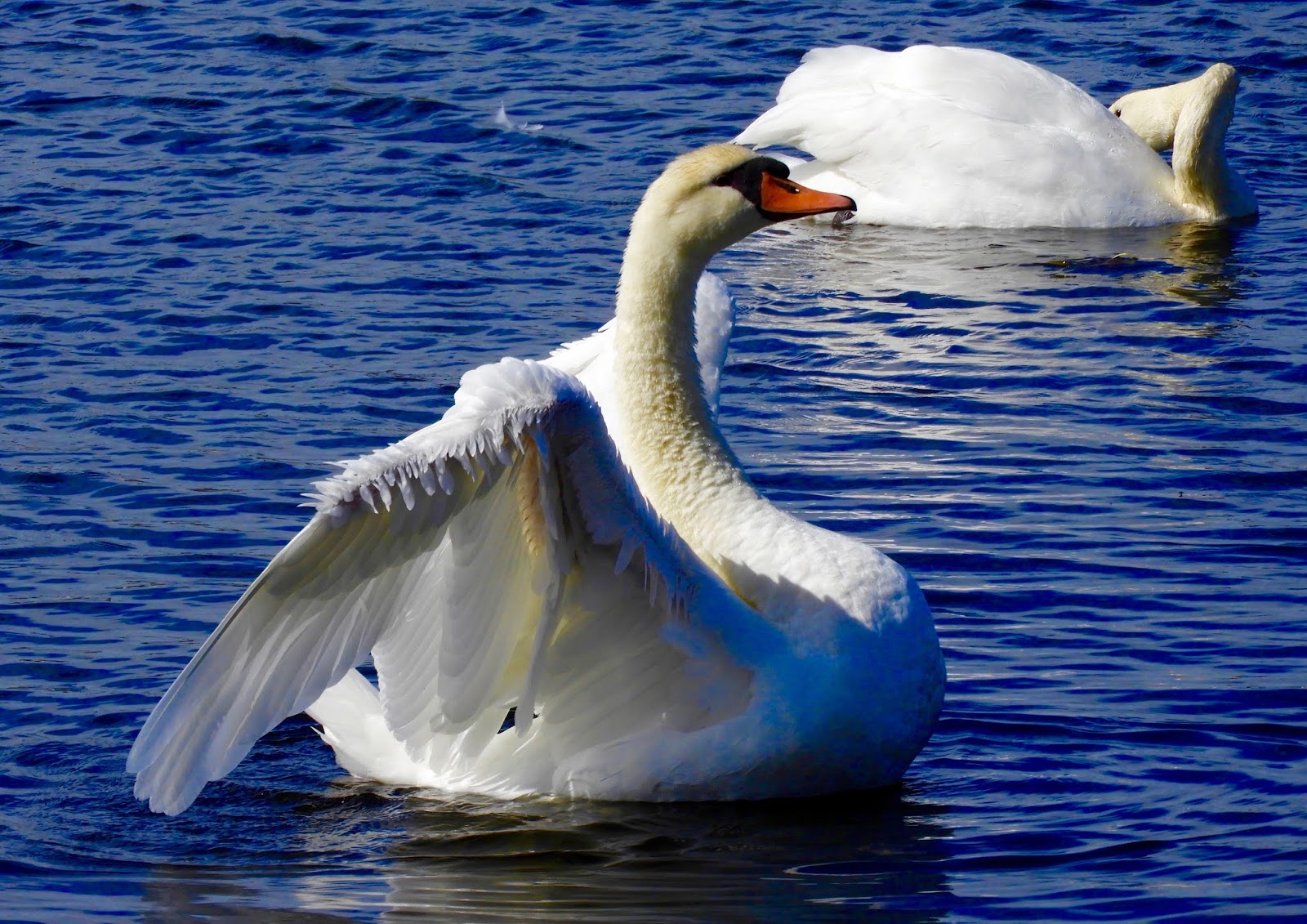 There are only two swans here,
in a lake where there were probably at least 25 by this time last year.
Swans mate for life,
and I think that is so cool, isn't nature amazing? 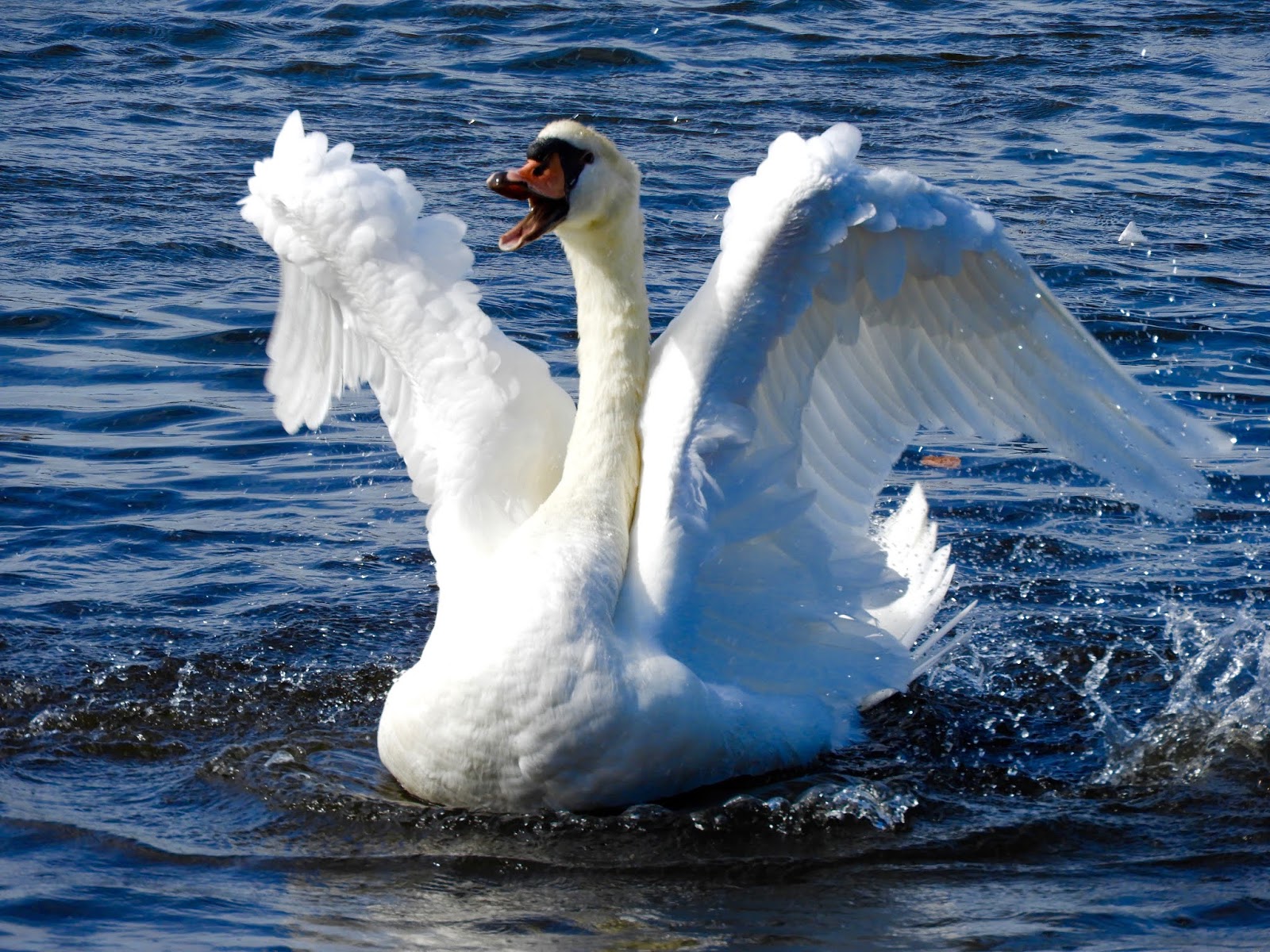 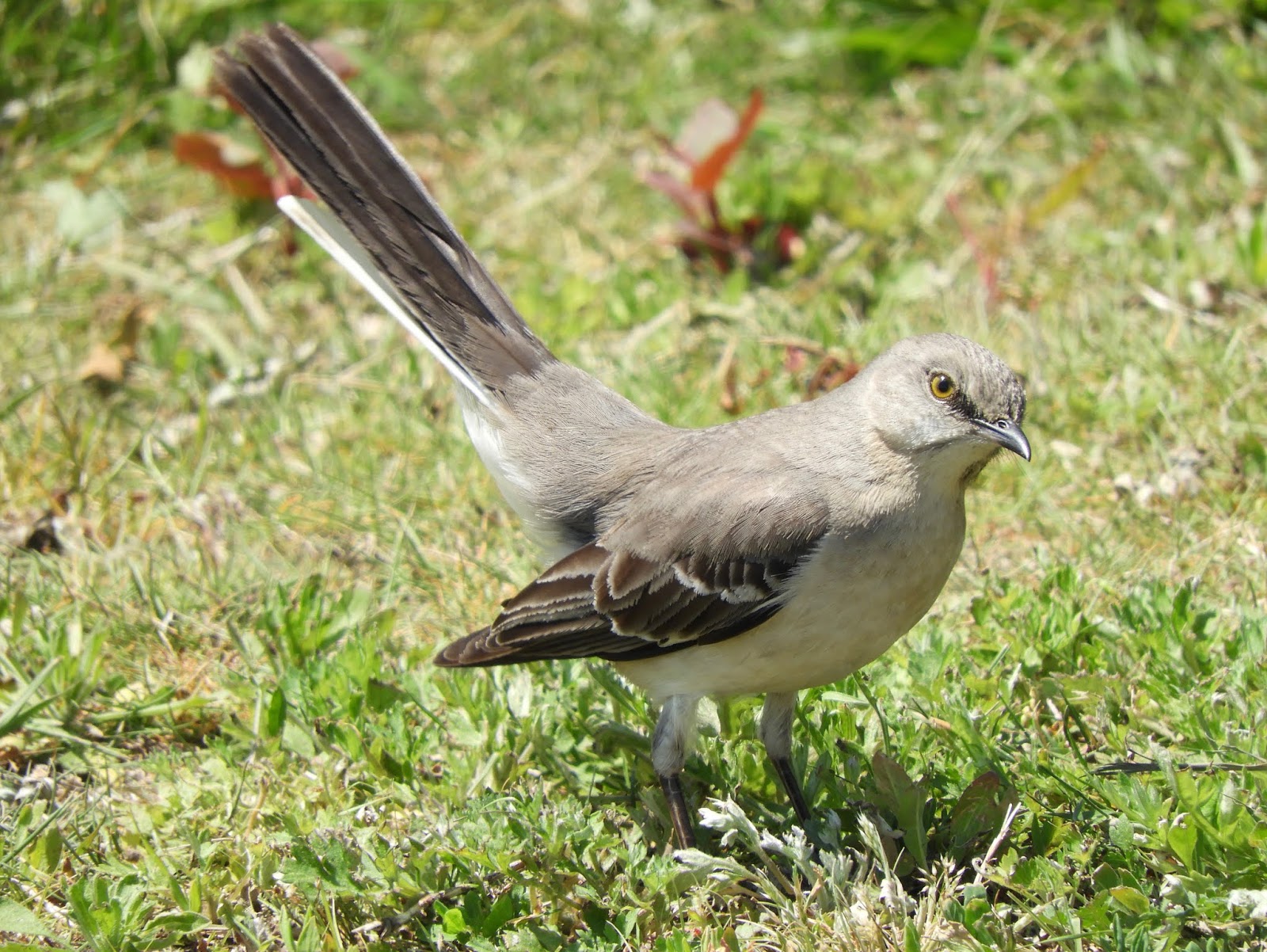 Two Mockingbirds playing in he grass... 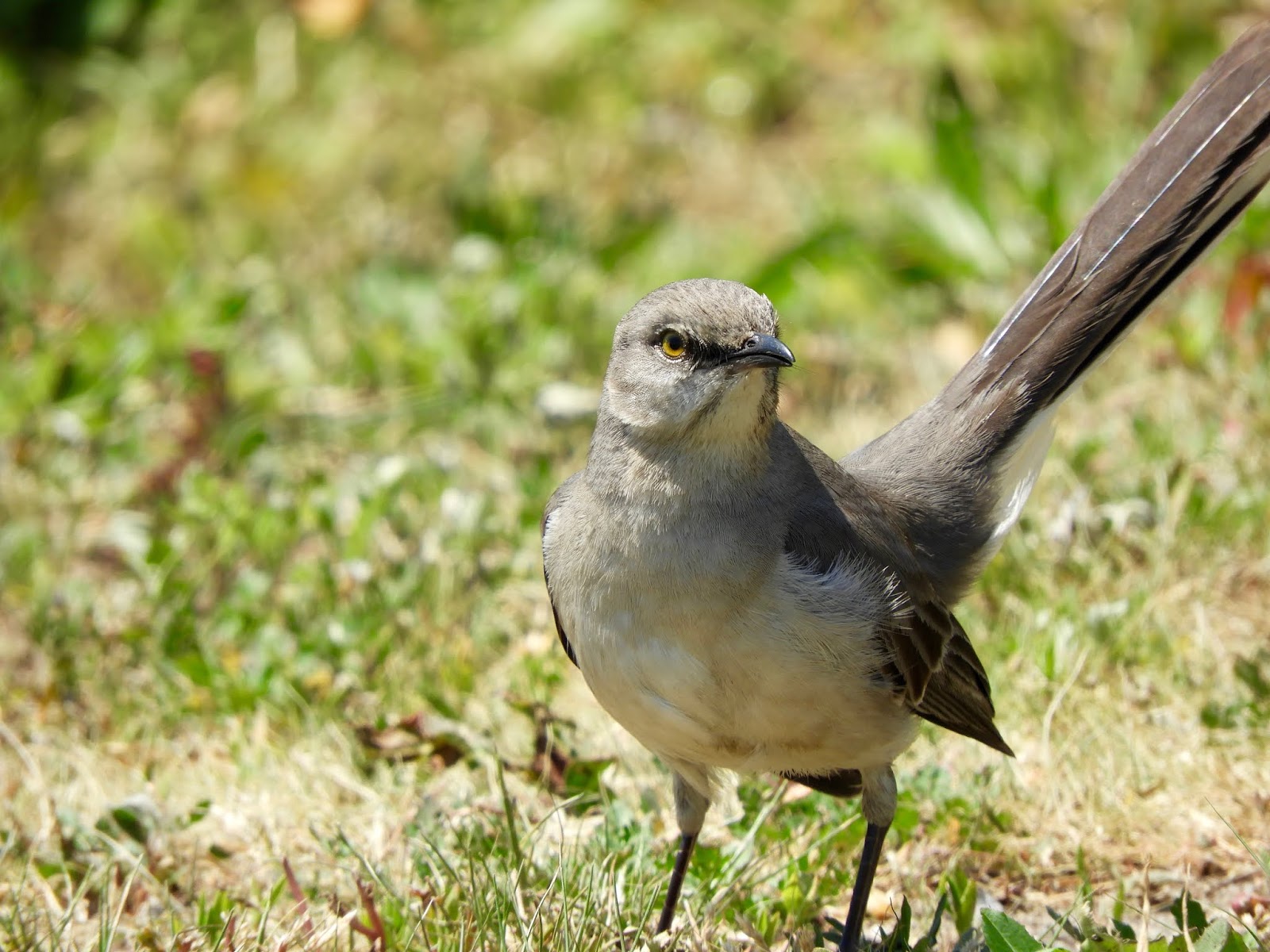 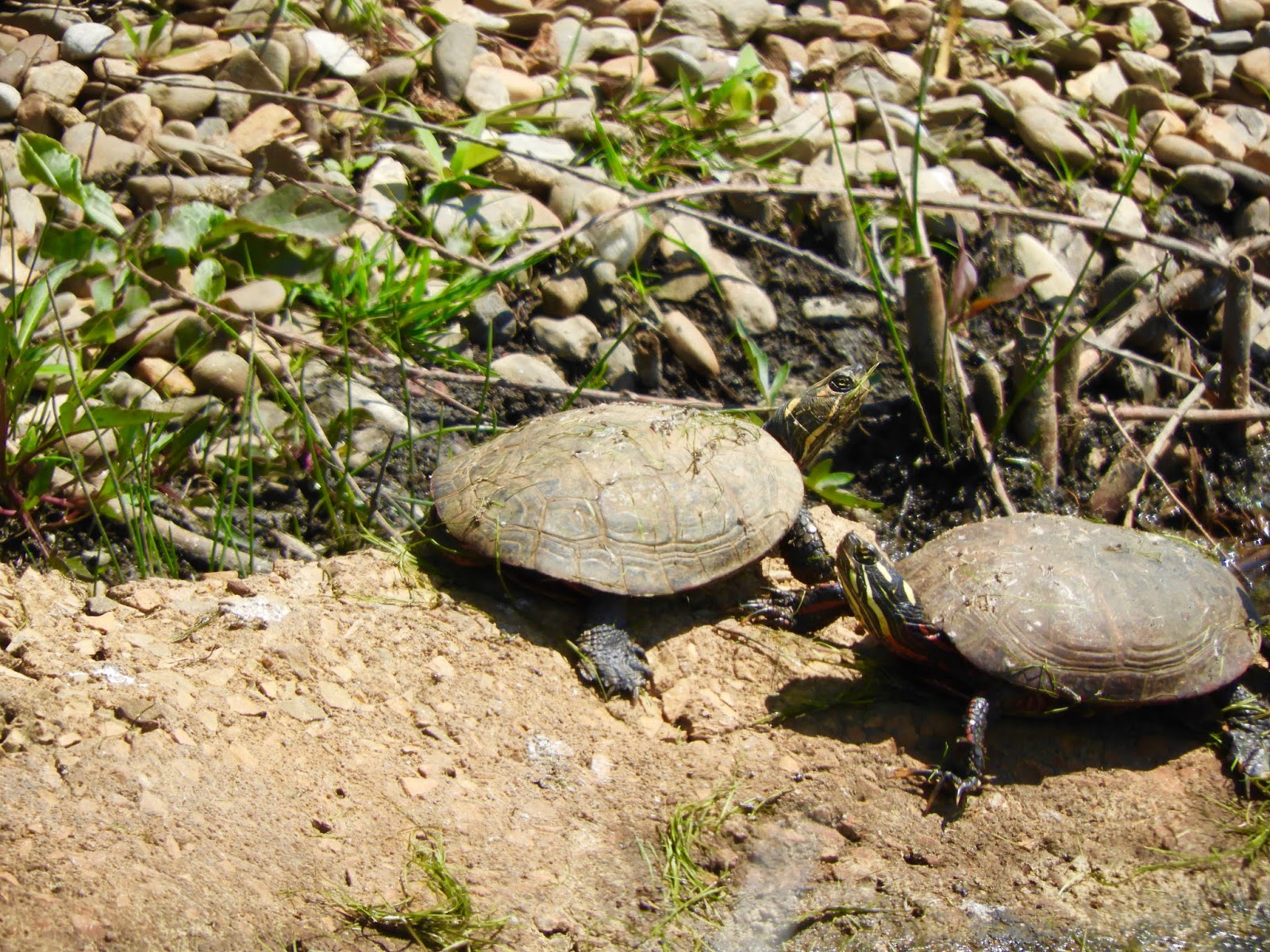 and two Turtles sunbathing
that quickly scooted into the water when they noticed I was paying attention to them.
In all things of nature, there is something the marvelous...
Posted by Debbie at 5:00 AM

Hello, Debbie
The lake is a great place to see the wildlife. The Coots, Swans and Mockingbirds are all beautiful. I like the cute turtles.
Take care, have a happy day!

Ahhh…turtles. Love them. That fourth photo is priceless. And who doesn’t love mockingbirds?

The intricacies of nature are amazing. I guess sometimes I glad we can't figure it all out. It leaves us wanting to see more.

Isn't it funny how some will stay behind, at our pond up the road there was one Canadian Geese that seemed to stay behind for an extra week after all the rest had moved on, I would always look for him when we would go out, now there are more again so I am not sure if he moved on or is with this new group

Nature is amazing and you always capture it so beautifully. I love the photos of the American Coots, Swans Mockingbirds and turtles. I love that they were all twos. I like the idea that many of the species mate for life. I do see God's hand in it all.
Blessings and hugs!

Great to see all of your photographs, a very nice variety.

Lots of nice doubles! Maybe the coots decided they like it right where they are!