I did not see any birds yesterday morning, still I opened the window and stood next to it.
I am a believer you know,
the kind of person who thinks they can "will" things to happen.
Do you remember that story??
Well it happened yesterday - the second I lifted the camera to my eye, a 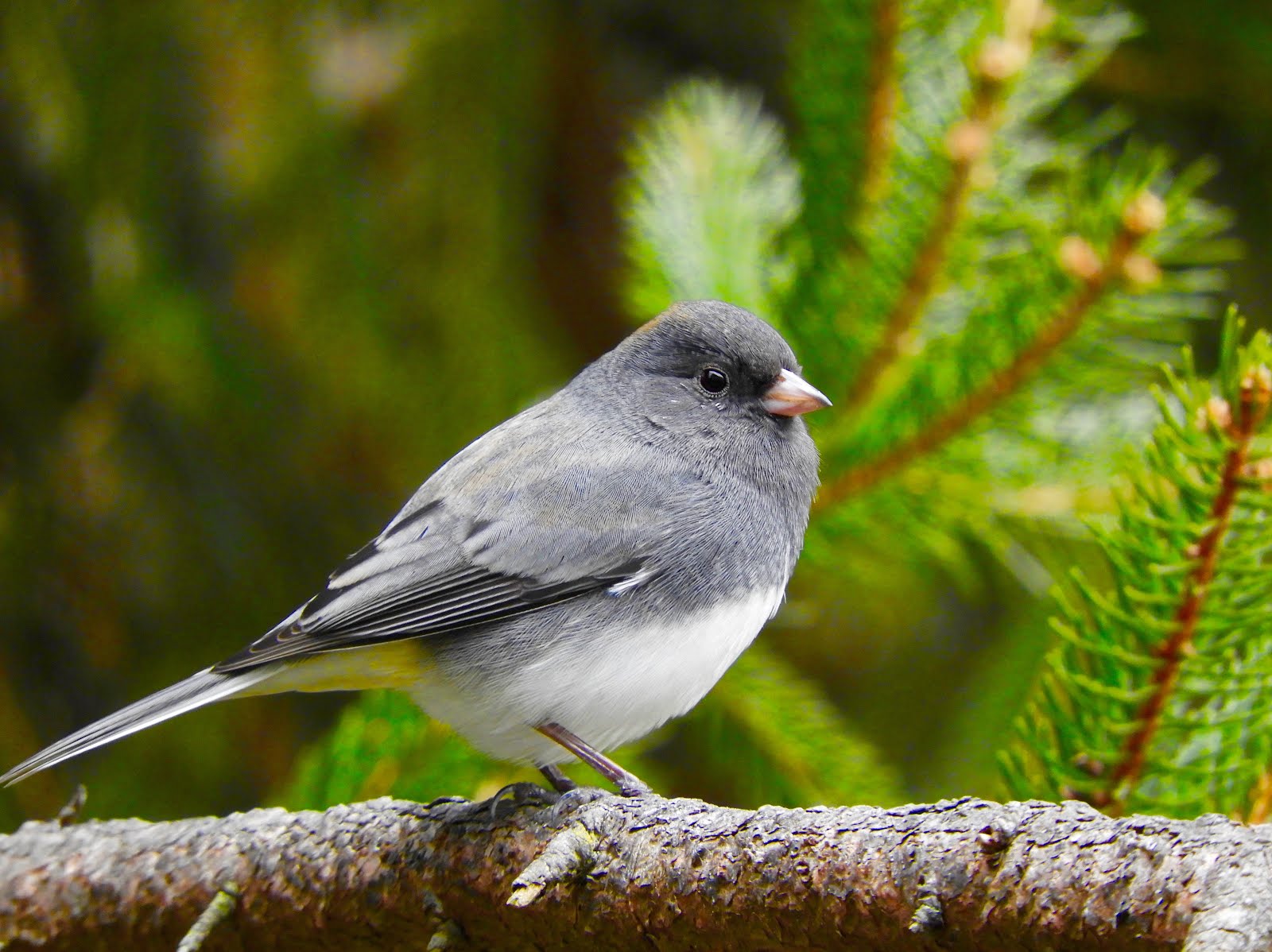 Dark Eyed Junco
appeared right in front of my lens.
I have not seen one at my feeders in years and I have never seen one outside of a snow day. 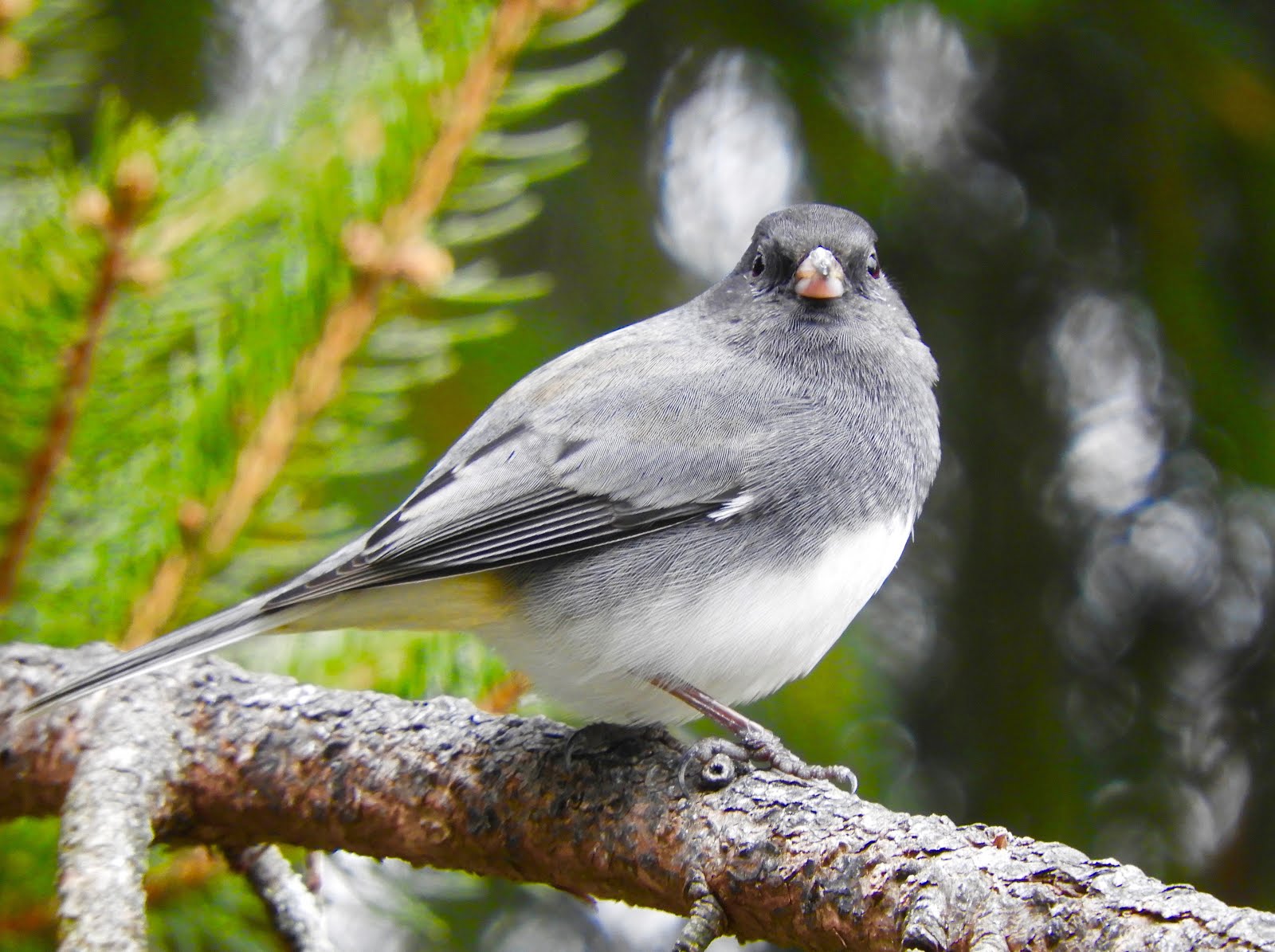 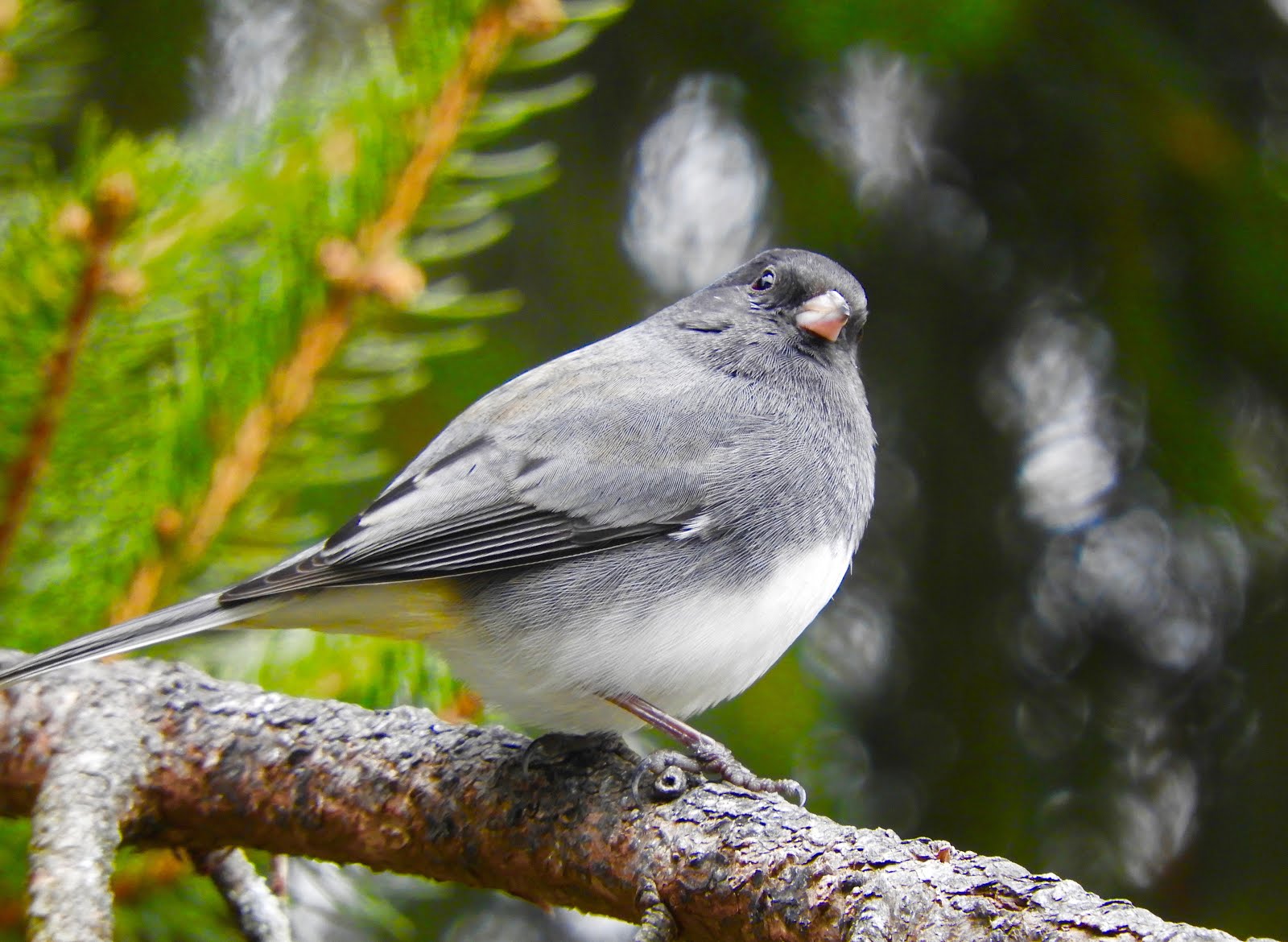 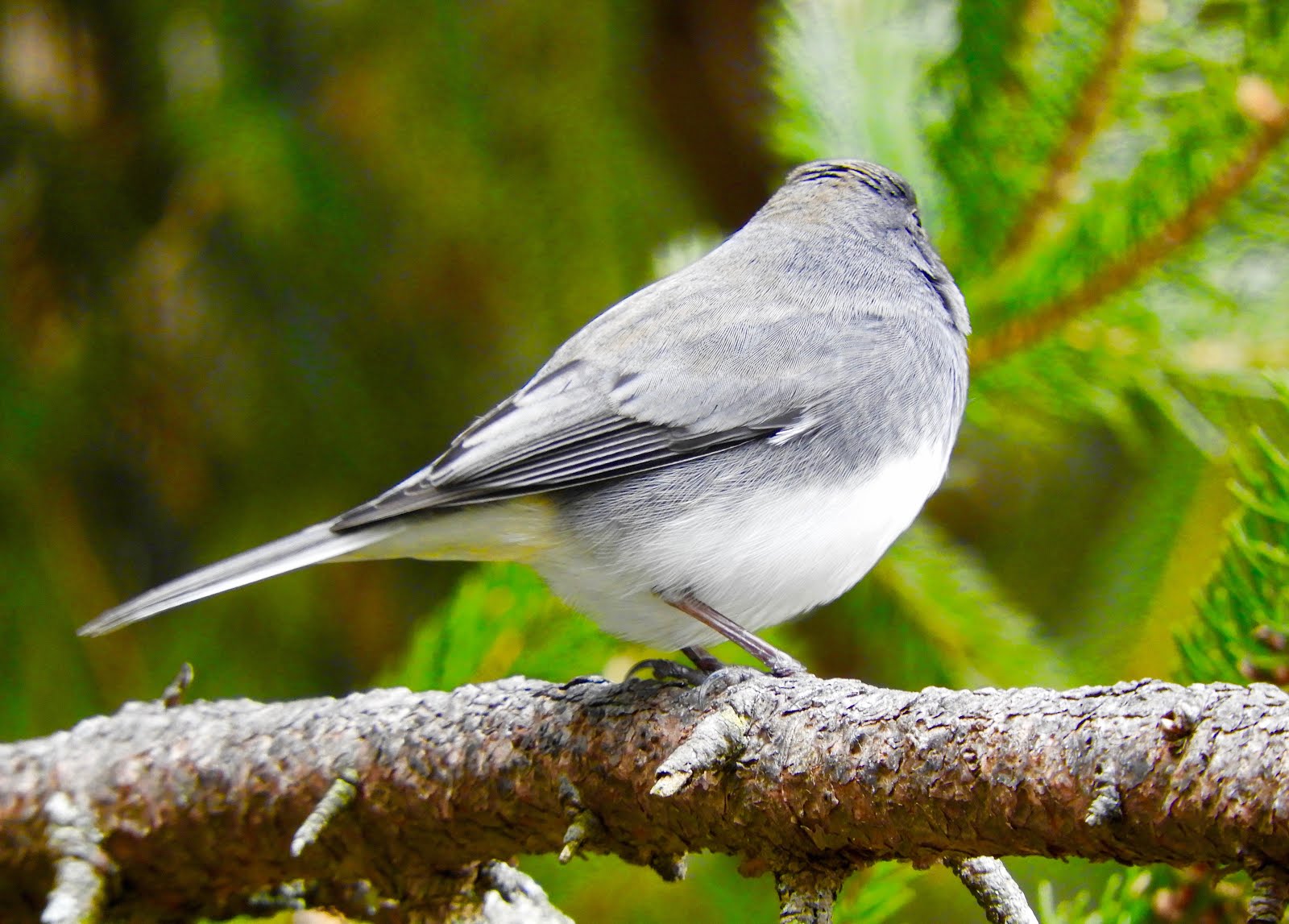 I thought those small reddish brown spots on the back of it's head and back,
"may" indicate that this is a female.
My favorite bird book says:
"the female is similar to the male but in the slate colored gray elements of plumage,
are tinged rufous, especially on the crown and wings".
If you look closely, you can see that in the first picture as well. 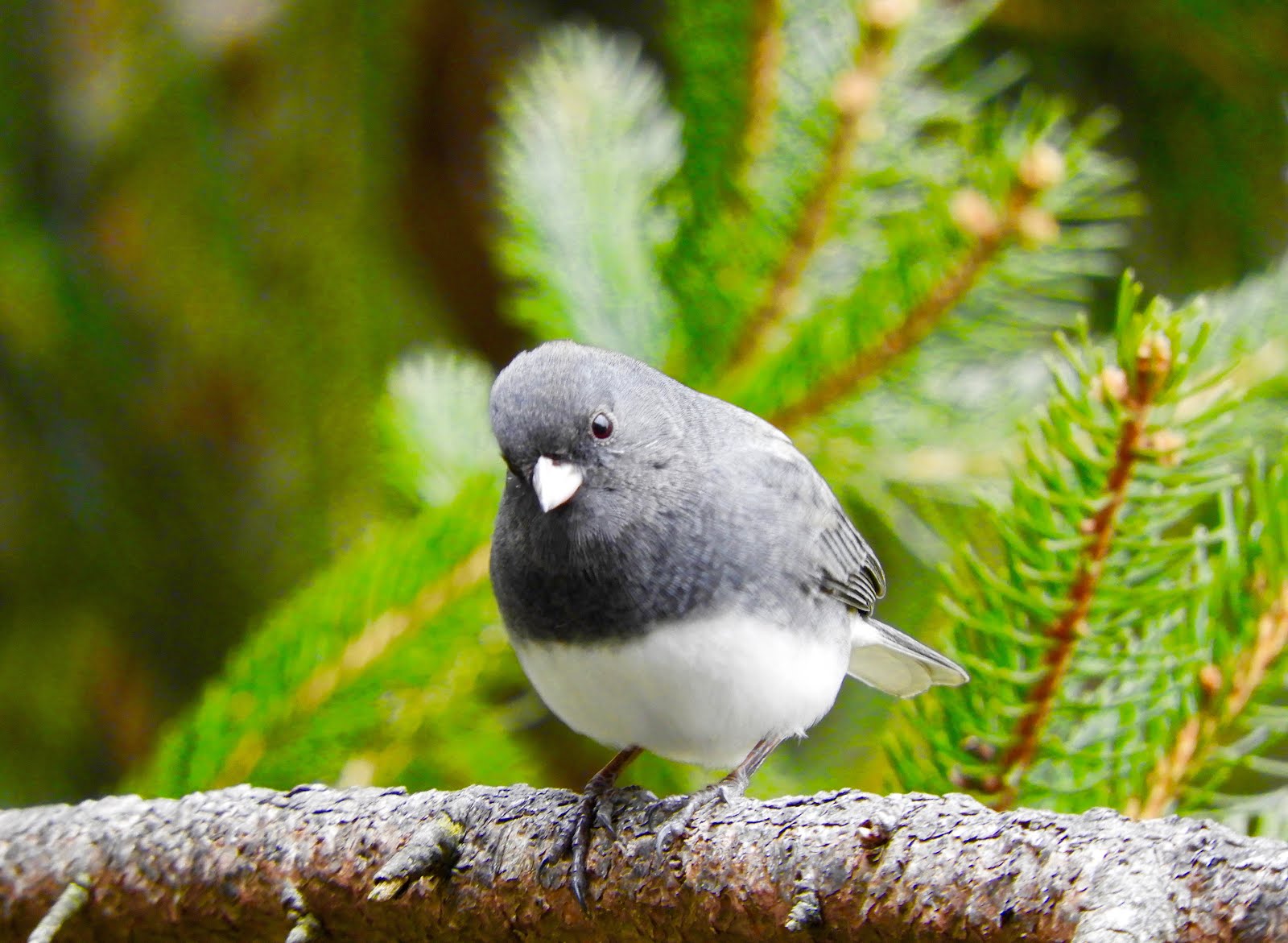 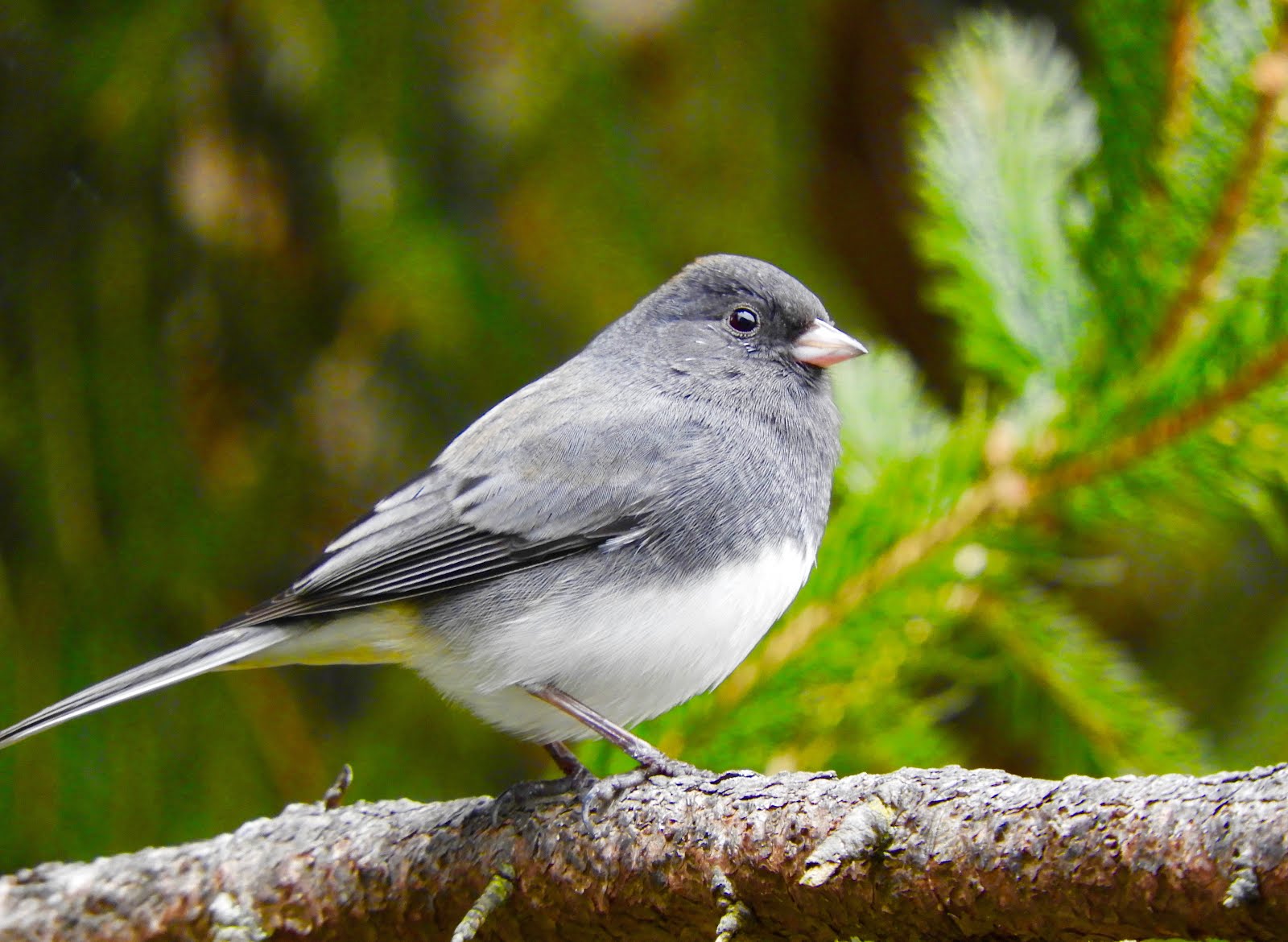 The bill is a soft pale pink color. 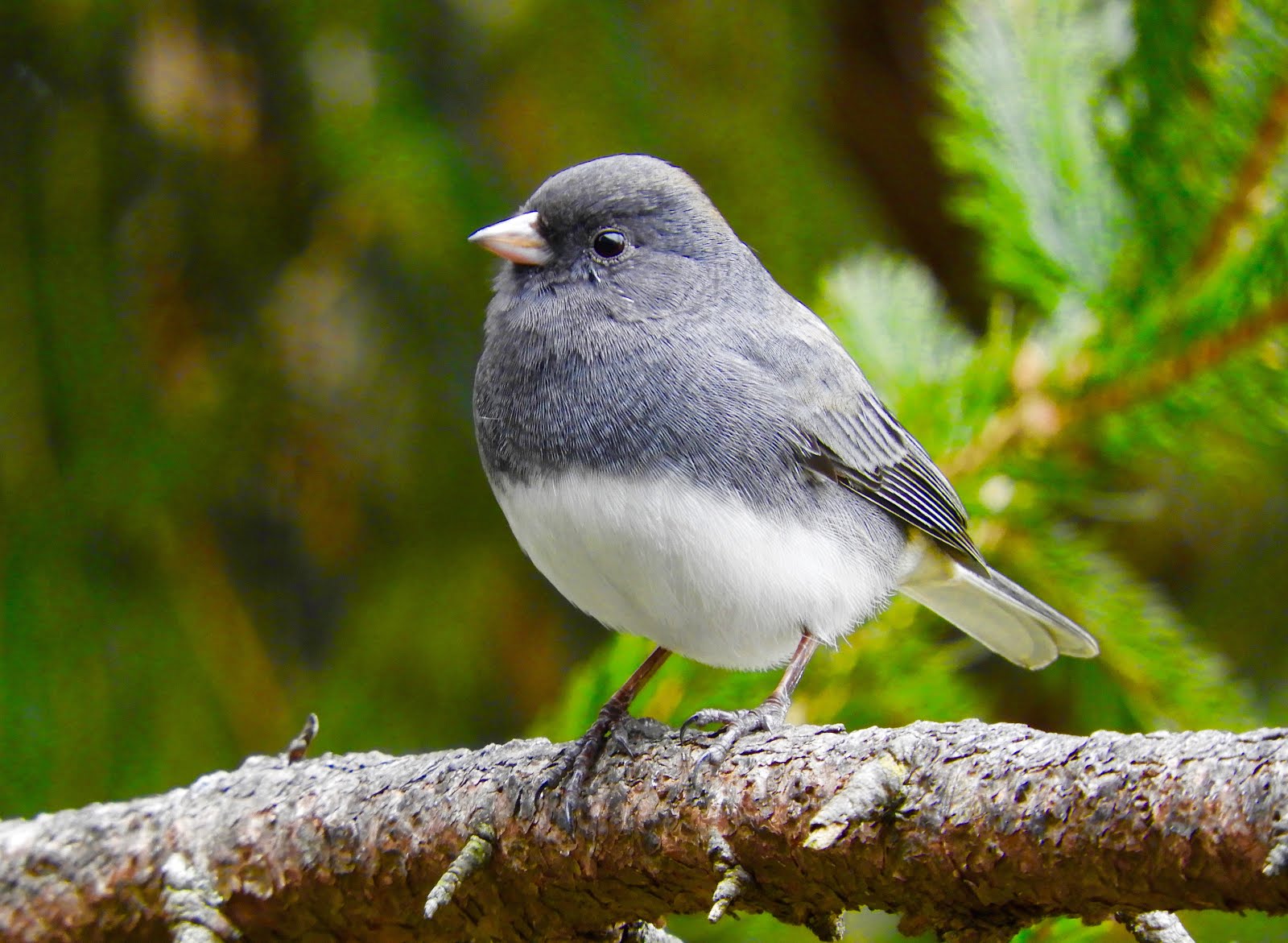 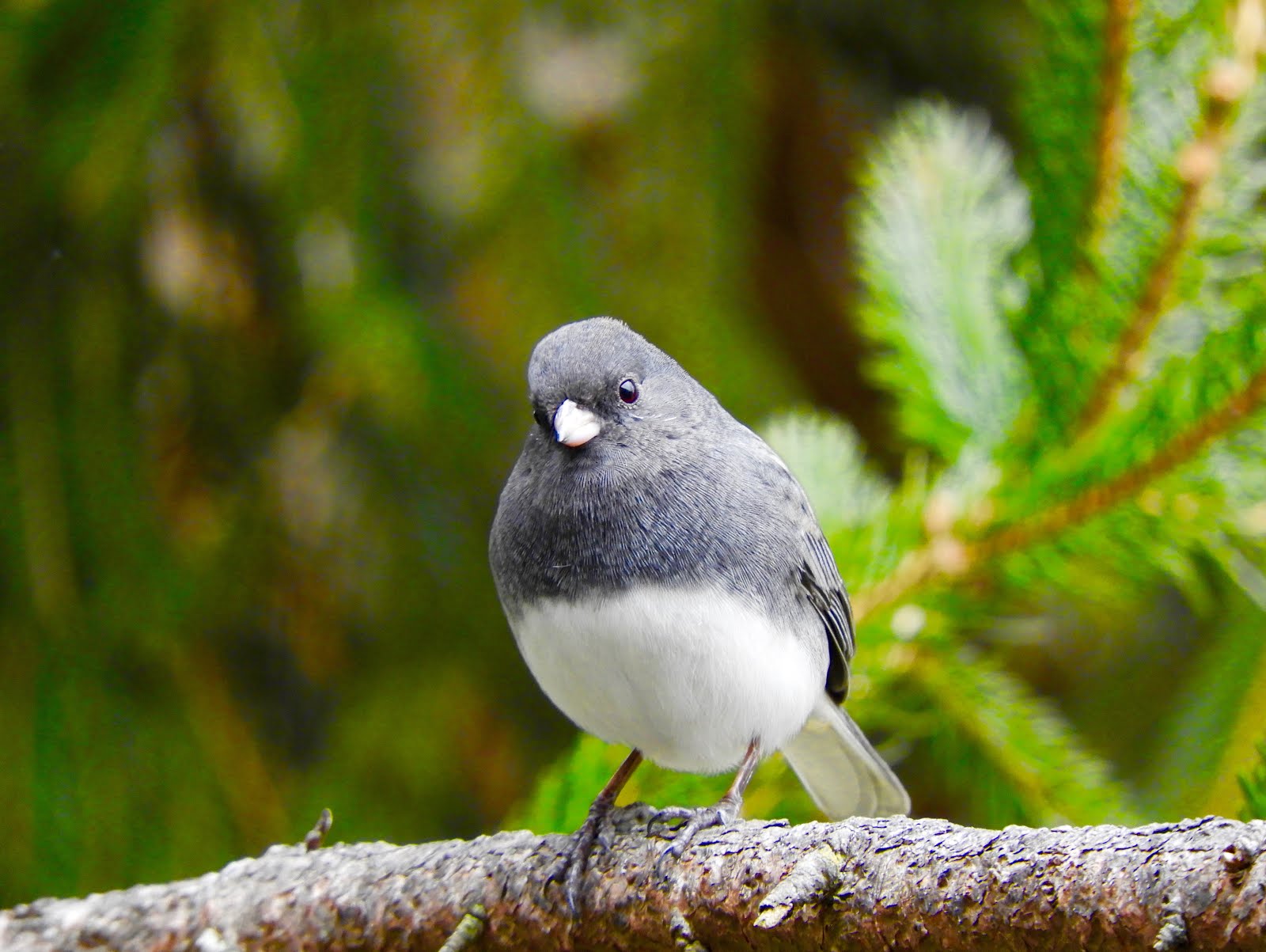 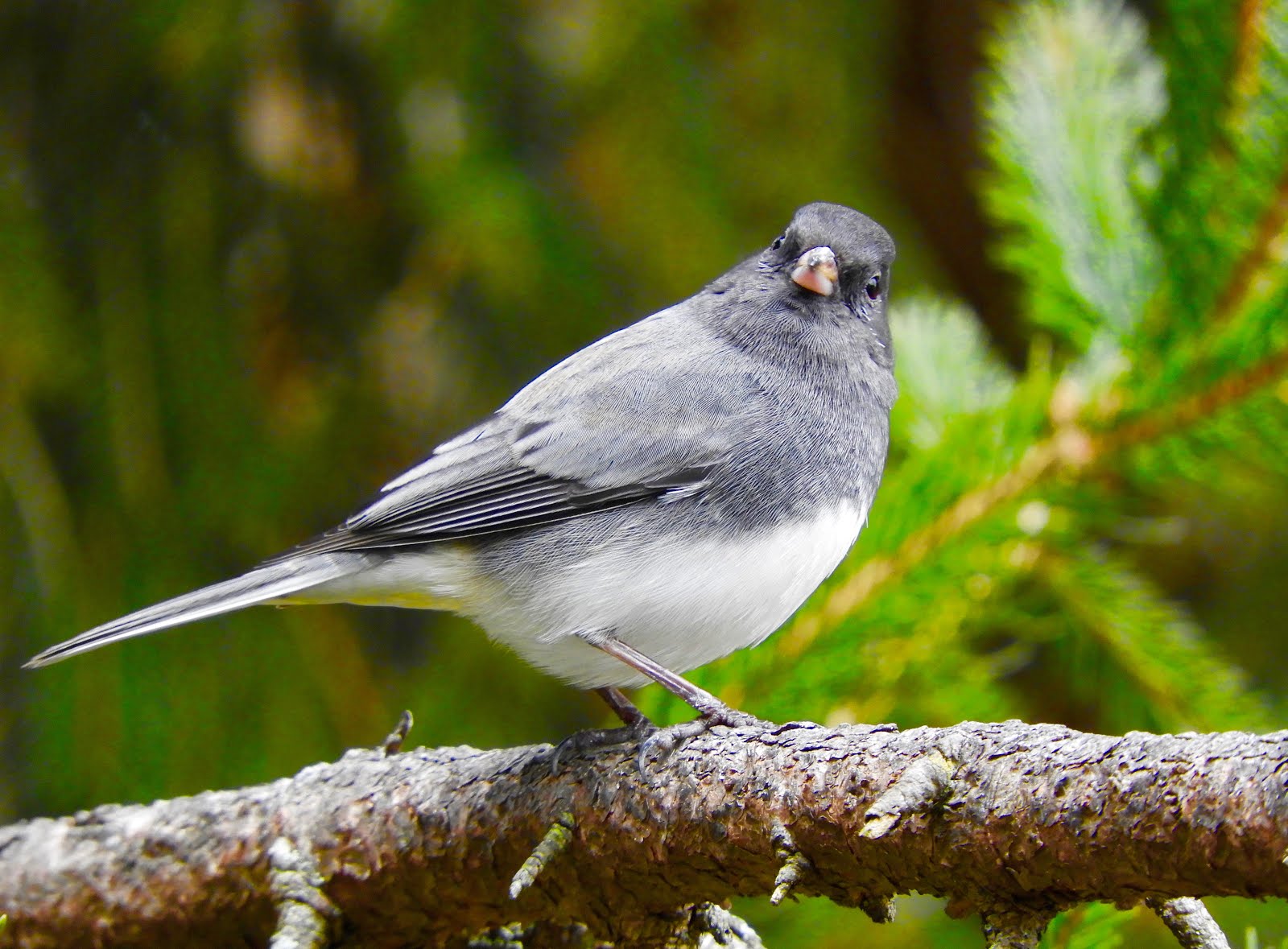 I had forgotten how good this felt...to stand at the open window
and snap 30 pictures of a bird I rarely have the opportunity to see or photograph.

The hubs had forgotten just how cold the office gets with the open window.
But he was thrilled with my delight!

Eileen at Viewing Nature With Eileen

It may have cost you a couple of bucks on the heating bill, but it was well worth it. This is a very common species here during the winter. Yesterday there nine of them in my backyard.

I’ve only ever seen one of these birds around here though they are quite common. She is a beauty for sure. The underbelly looks so soft!

These little birds are awesome! We've had a bunch of them all winter. Gorgeous photos!

Hello, Debbie! You captured the Junco beautifully. Wonderful series of photos. Your timing was perfect. Thank you for linking up and sharing your post. Happy Saturday, enjoy your day. Have a great weekend. PS, thank you for leaving me a comment.

What a little cutie! I love that you can will these things - the power of faith!

I love that you know each and every bird you see. I don't know if I would not a Junco for sure. I love that he just appeared. Have a nice day.

Wonderful photos of this beautiful bird!

Such a cute Dark Eyes Junco! I can very well understand your excitement of seeing it and getting so many photos of it. We call them Oregon Juncos here and I have quite a lot of them in my garden. There was a time in between when we didn't have that many of them, but now they have rebound and I'm happy about that.

Out on the prairie said...

Very nice pose, they ground feed around the feeders here, but love to catch them perching.

I love these little birds in their simple colors.We should be seeing them around here before too long.They arrive in early spring.

Juncos are one of my favorite birds. As always you get such fabulous photos. Thanks for sharing.

Oh I can just imagine how excited you got when this beauty decided to give you a visit and look how she modeled for you. I love the 5th picture!

Oh my sweet friend, I would consider this a miracle moment or perhaps a blessing. You know how I think. I love all the photos of this unique bird. Of course, gray and white are colors I do love. Thanks for sharing this awesome moment.
Blessings and hugs!

You do 'will' a lot of beautiful things to appear, don't you. Such a sweet birdie. Love the magic of the background in each of the photos you and your camera captured.

Great shots Debbie and it was certainly giving your the "eye"!

Very special moment Debbie... you're a good "will-er". That's such a lovely bird and yes I can see that tiny tinge of colour :D)

Such a beauty !!!
Fantastic photos !!
Greetings

I thought David's comment was brilliant!
"It may have cost you a couple of bucks on the heating bill, but it was well worth it" … and it certainly was.
Brilliant series of photographs.

Hope your weekend has been a good one.

You have real birding mojo. Magical. (I could have used some of that last week.)...your junco is a pretty girl!