We arrived at the gardens at 6 pm, very late in the day as we went to see the
"Light by Night"
display done by Bruce Monro.
We walked the outdoor paths as we waited for it to get dark...
I snapped a few pictures
but was surprised how little colorful flowers there were to photograph.
We enjoyed the shaded paths, beautiful trees, ivy and greenery...
and the small sprinkles of color here and there in the Meadow Garden. 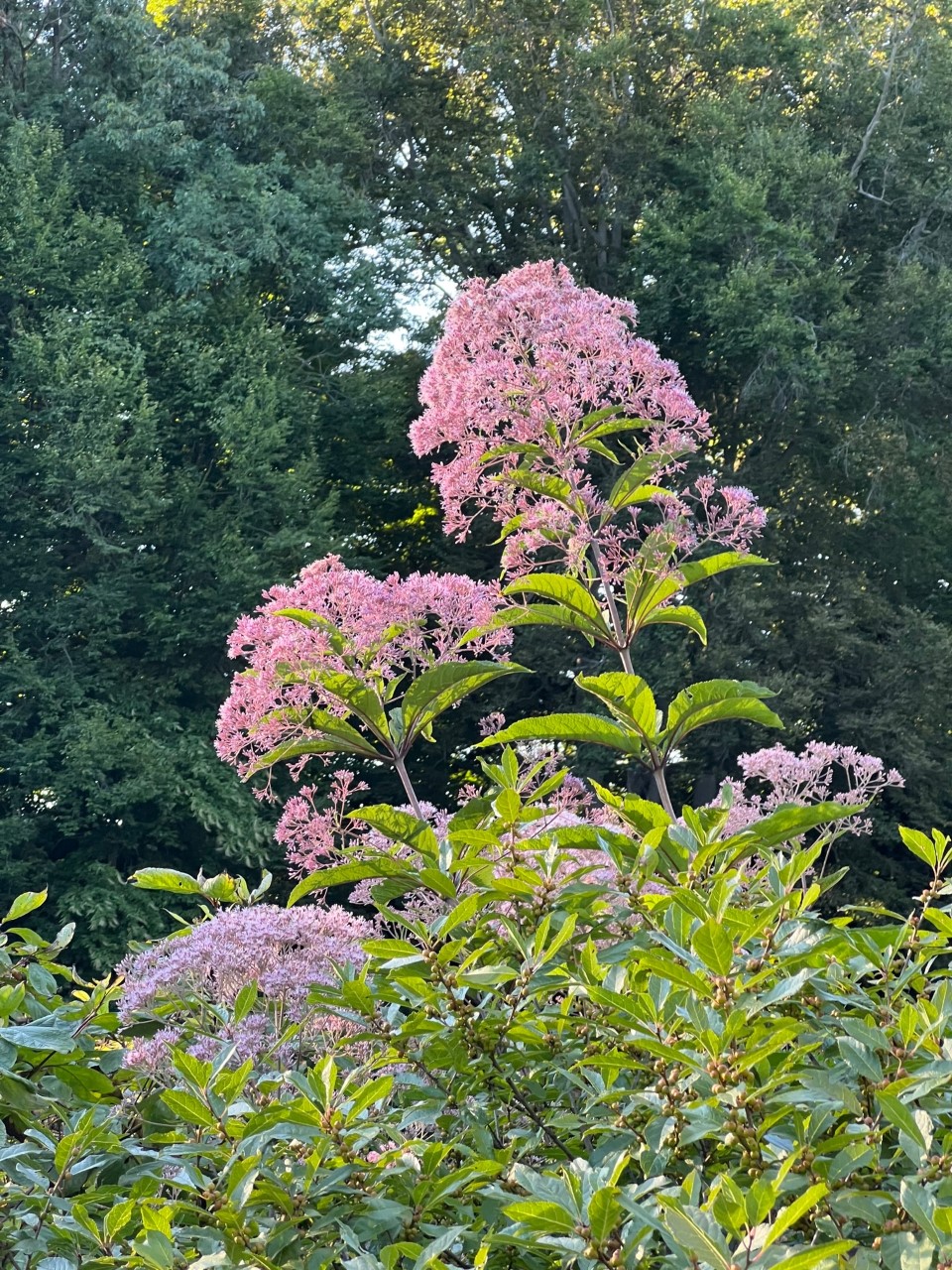 The Meadow Garden features large patches of
Joe Pye Weed this time of year.
These spectacular blooms are members of the Aster family,
one of the largest families of flowering plants on the planet. 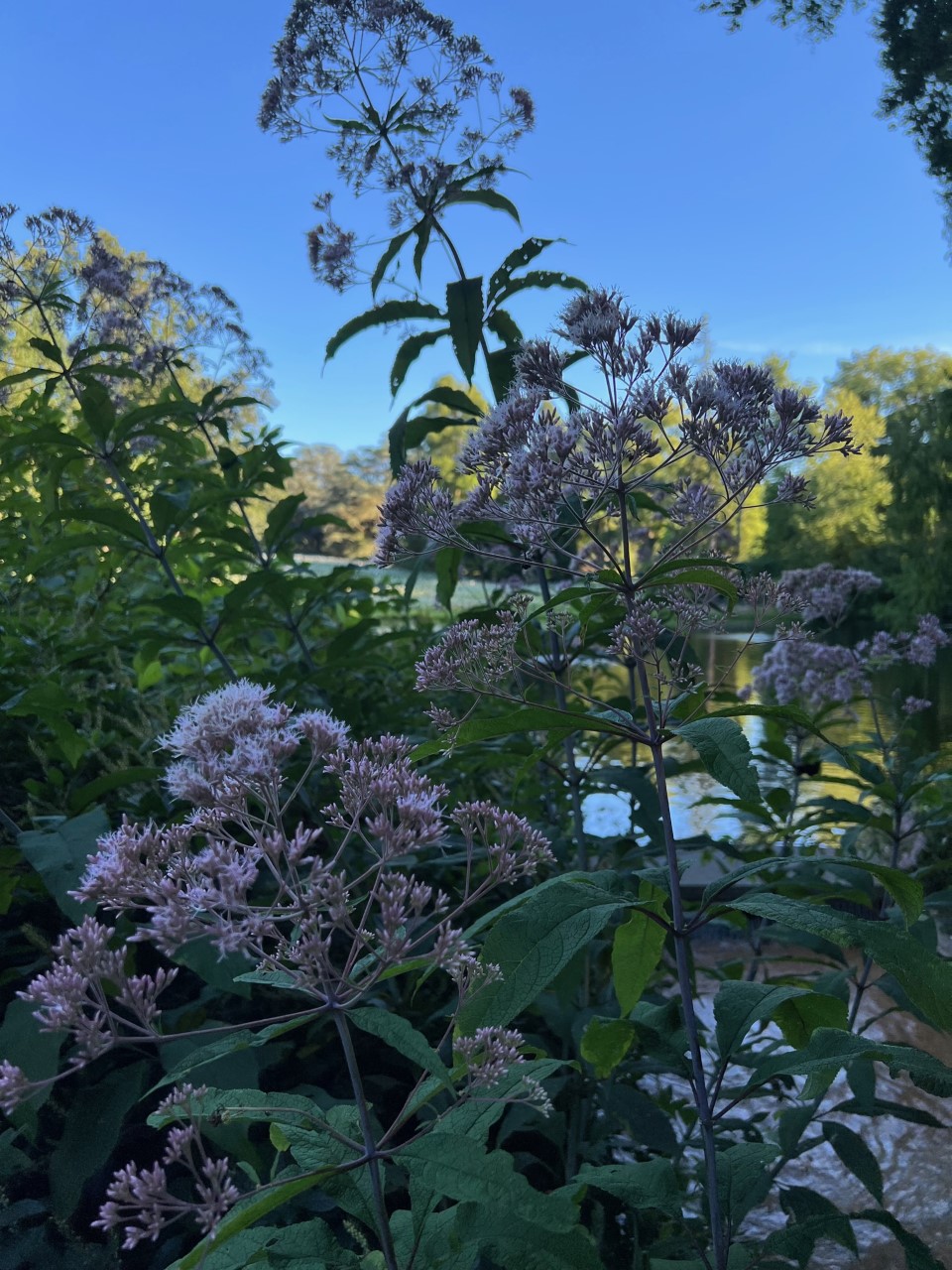 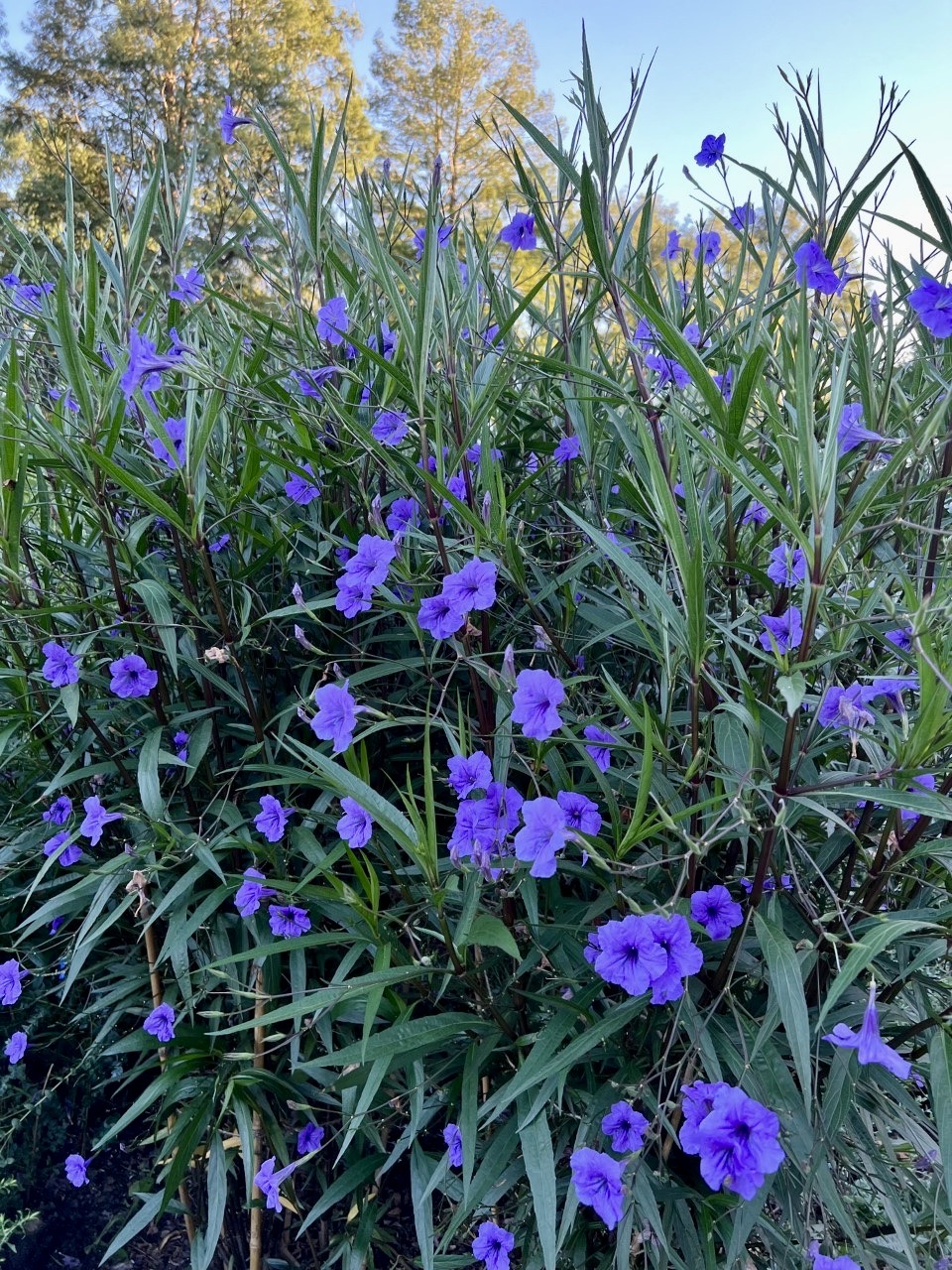 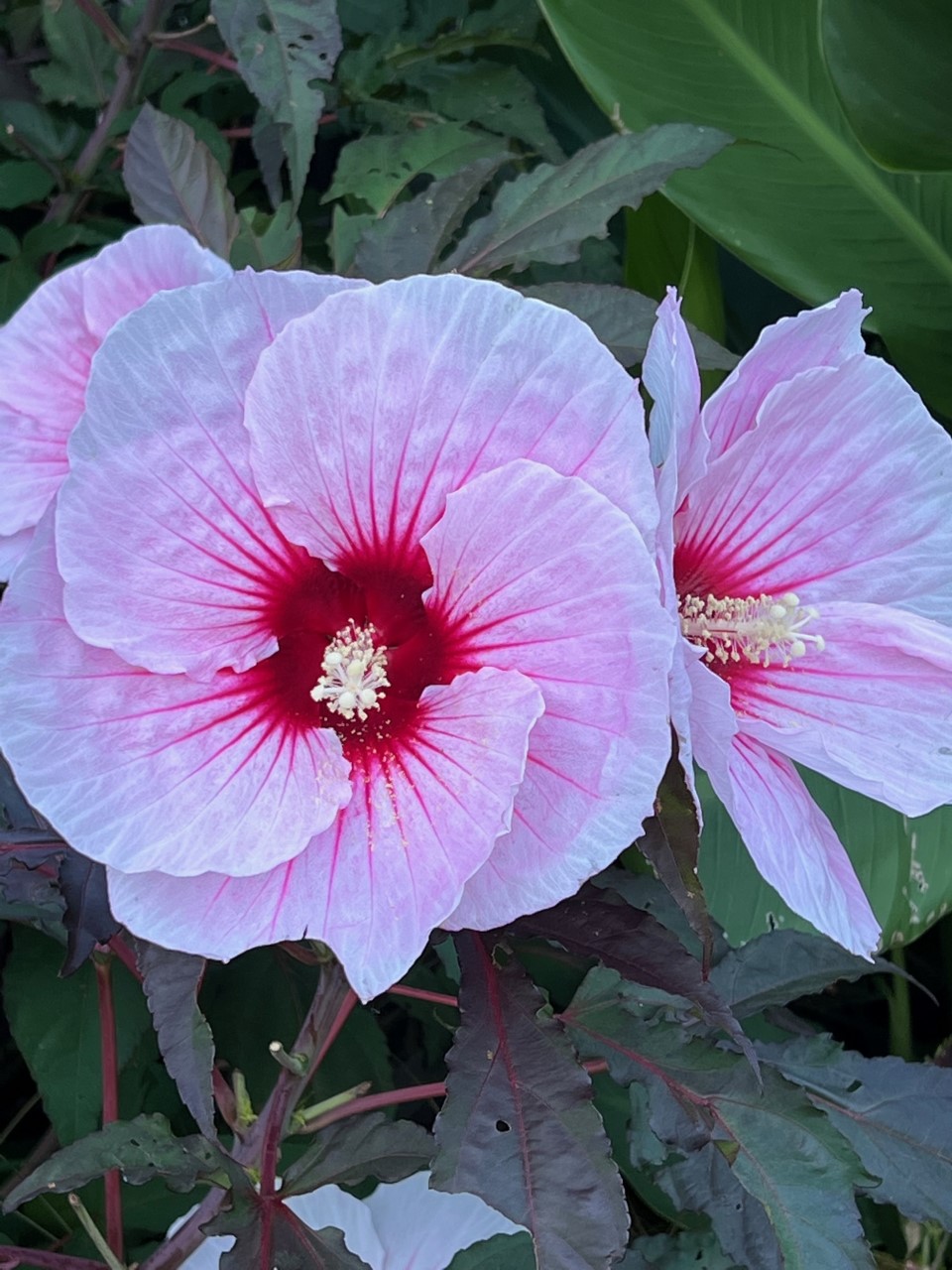 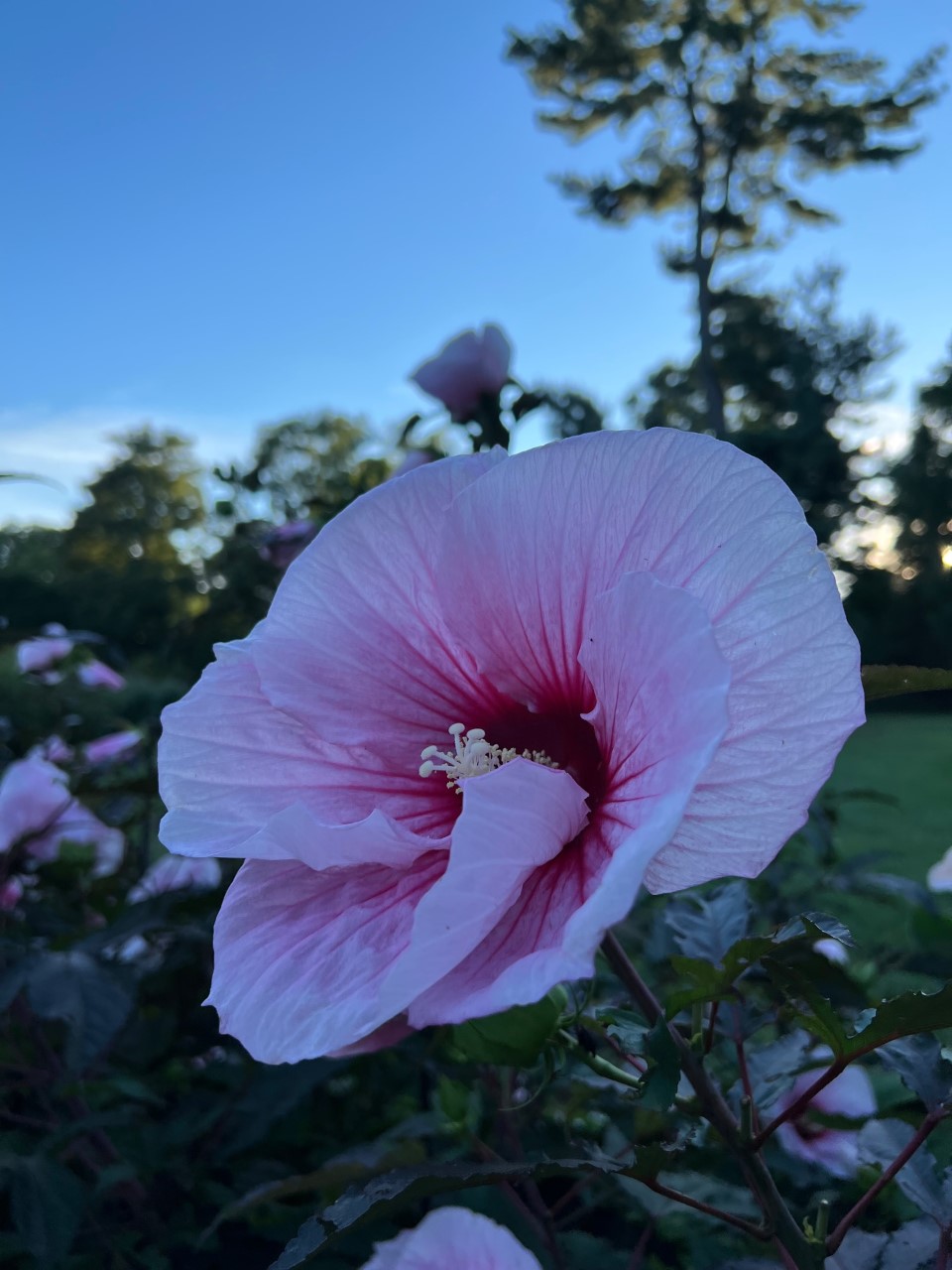 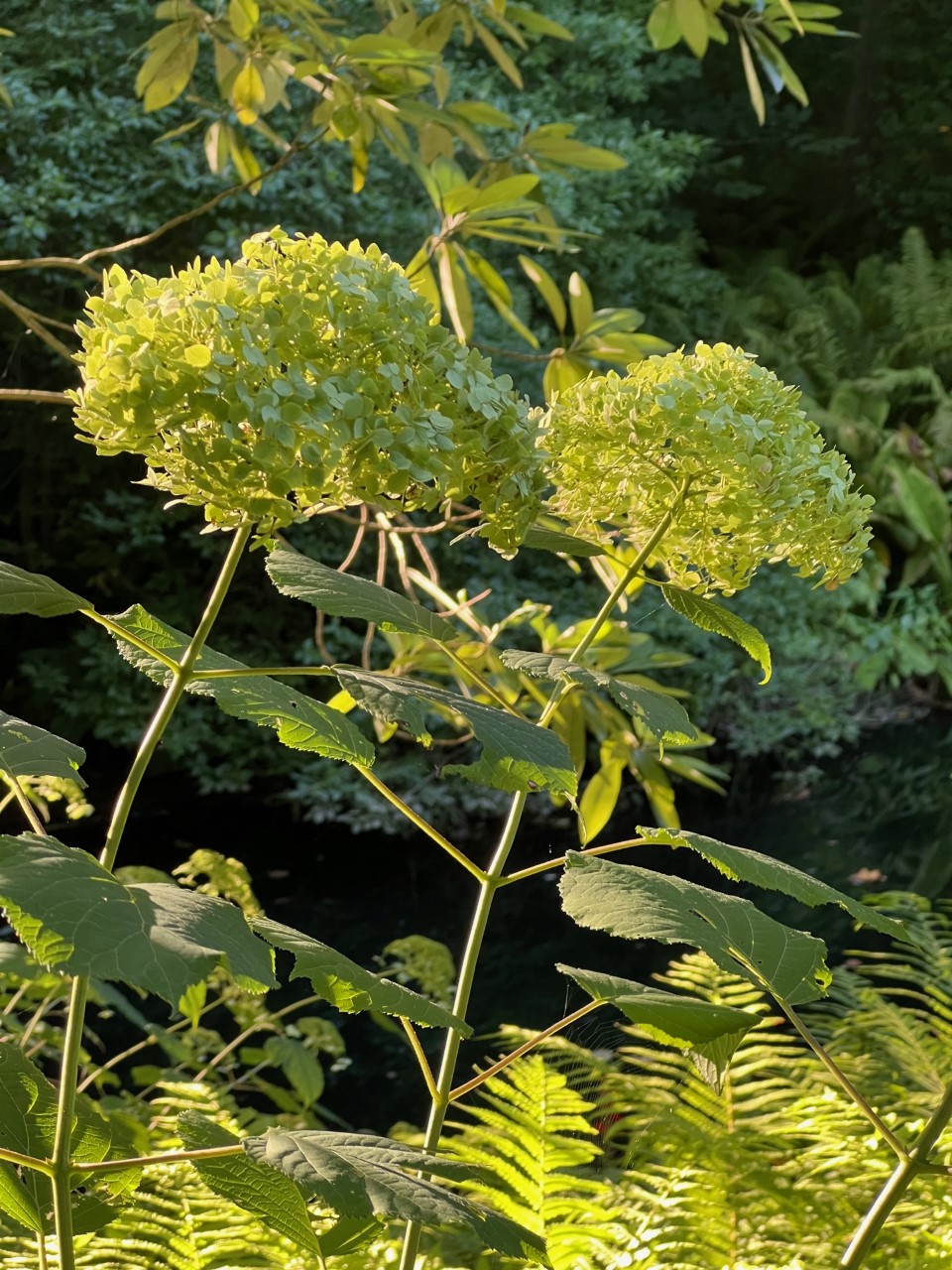 Hydrangea
Moving on to Light by Night... 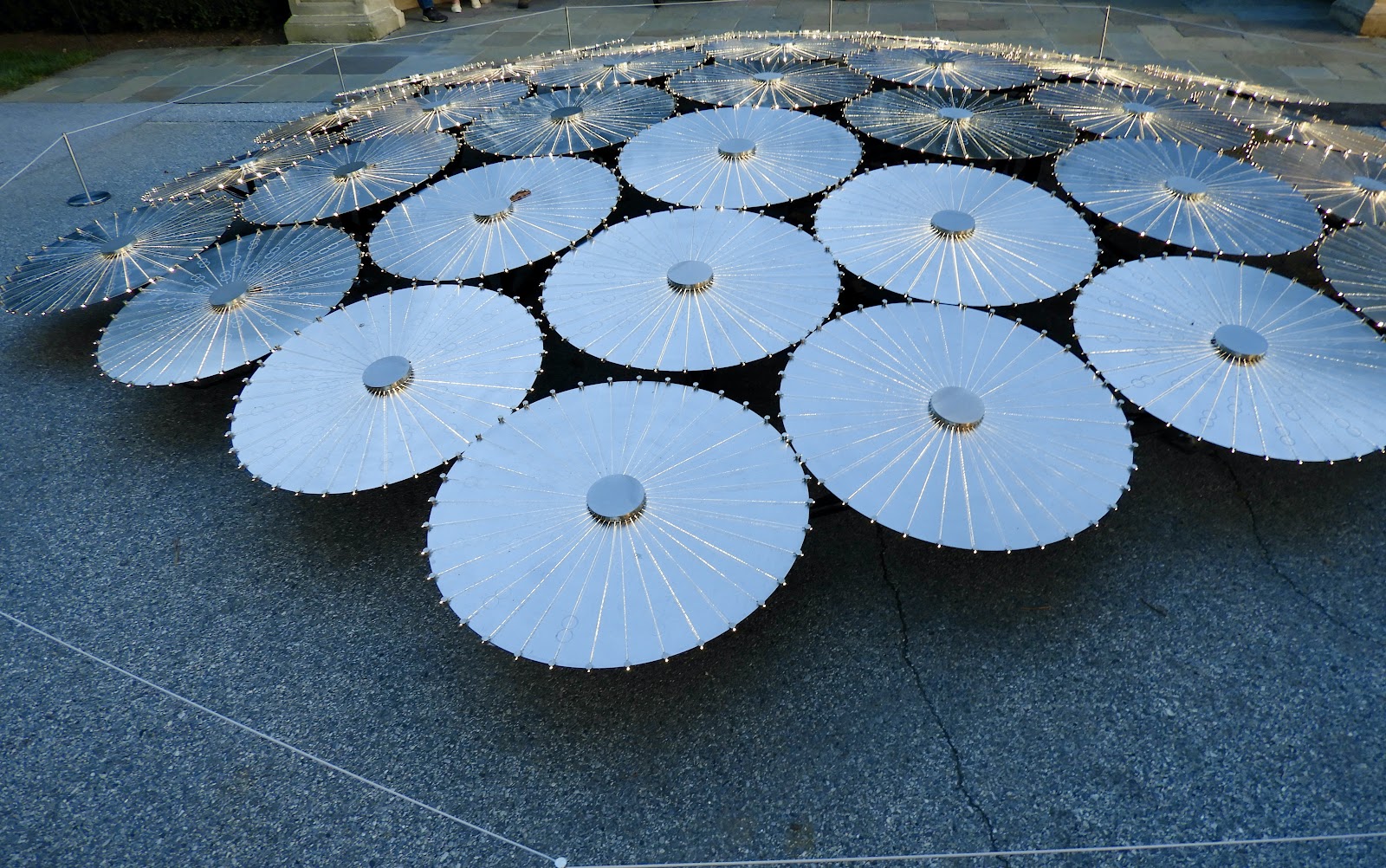 "Time & Again"
We saw this later, lit up but did not take a picture. 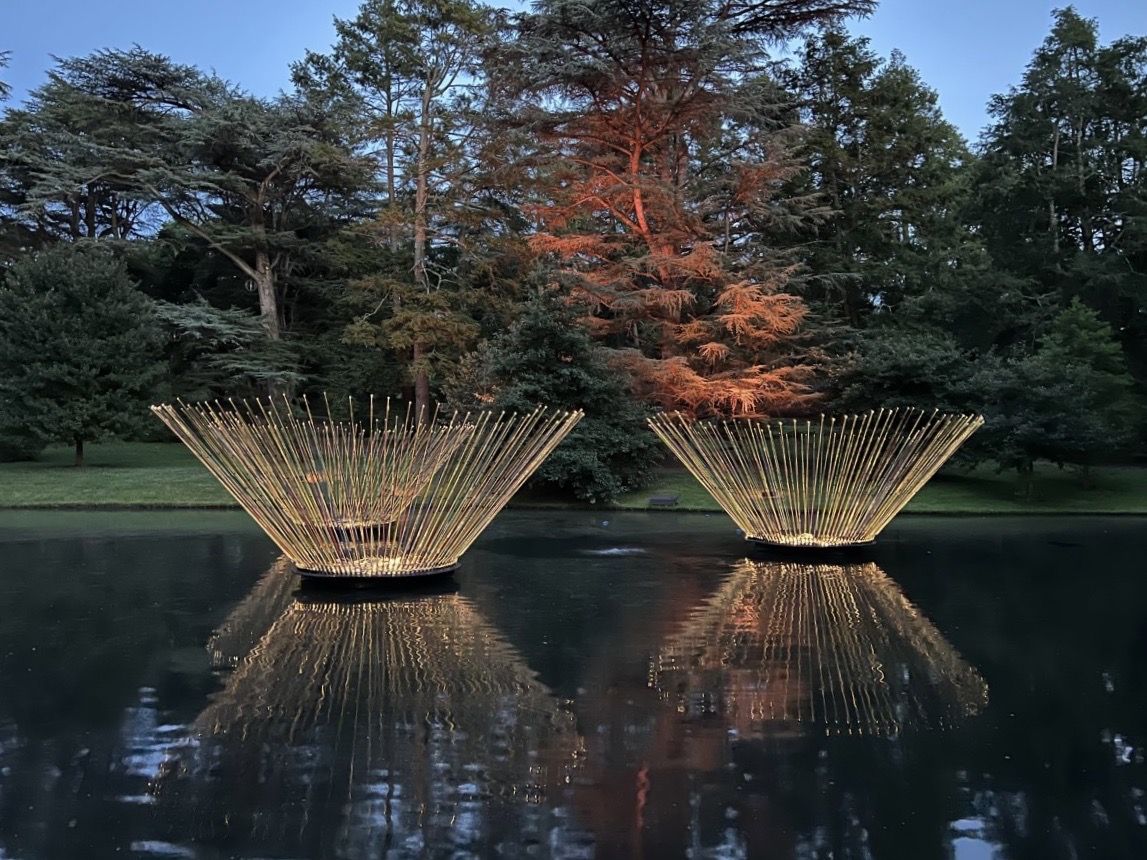 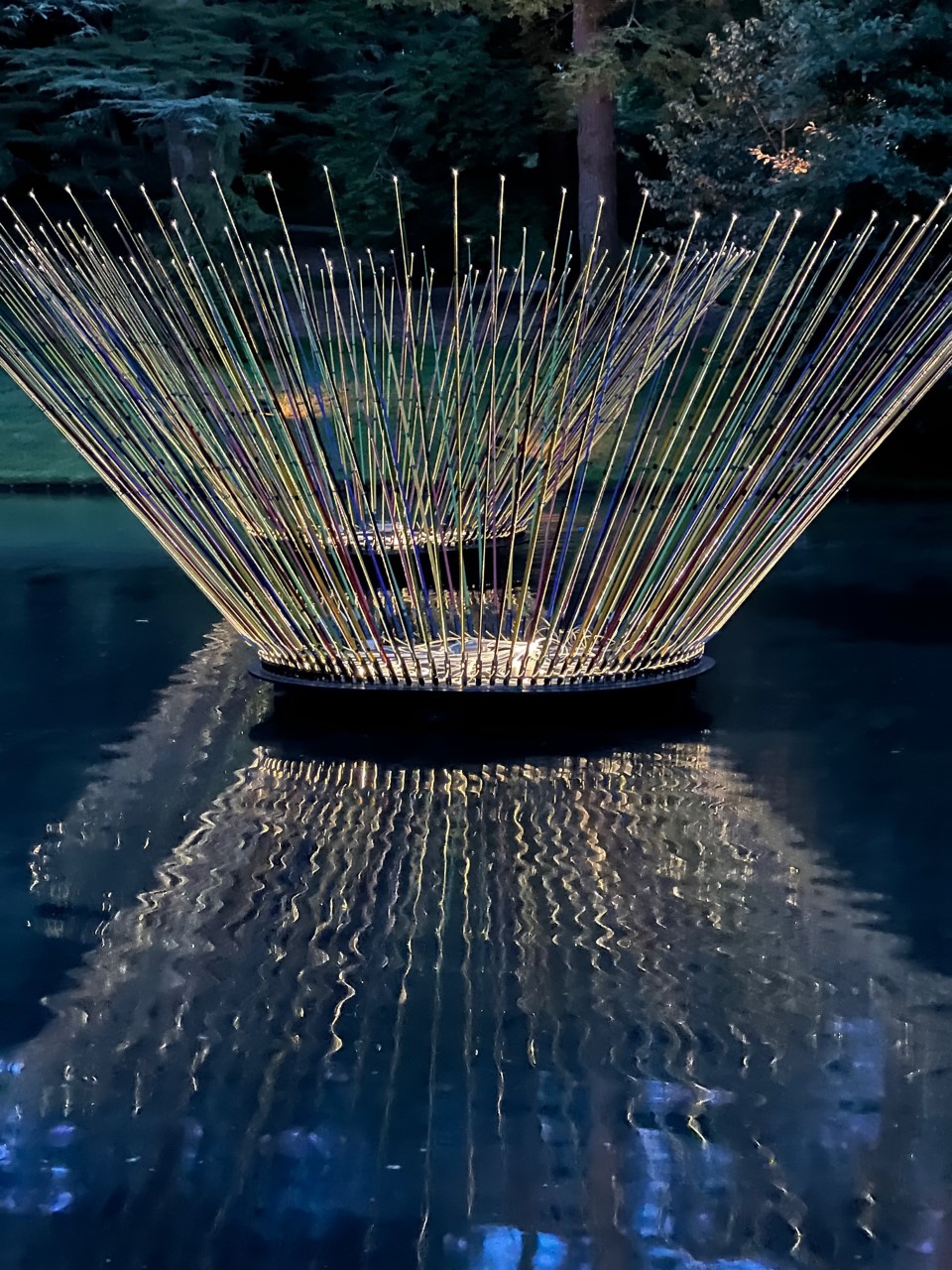 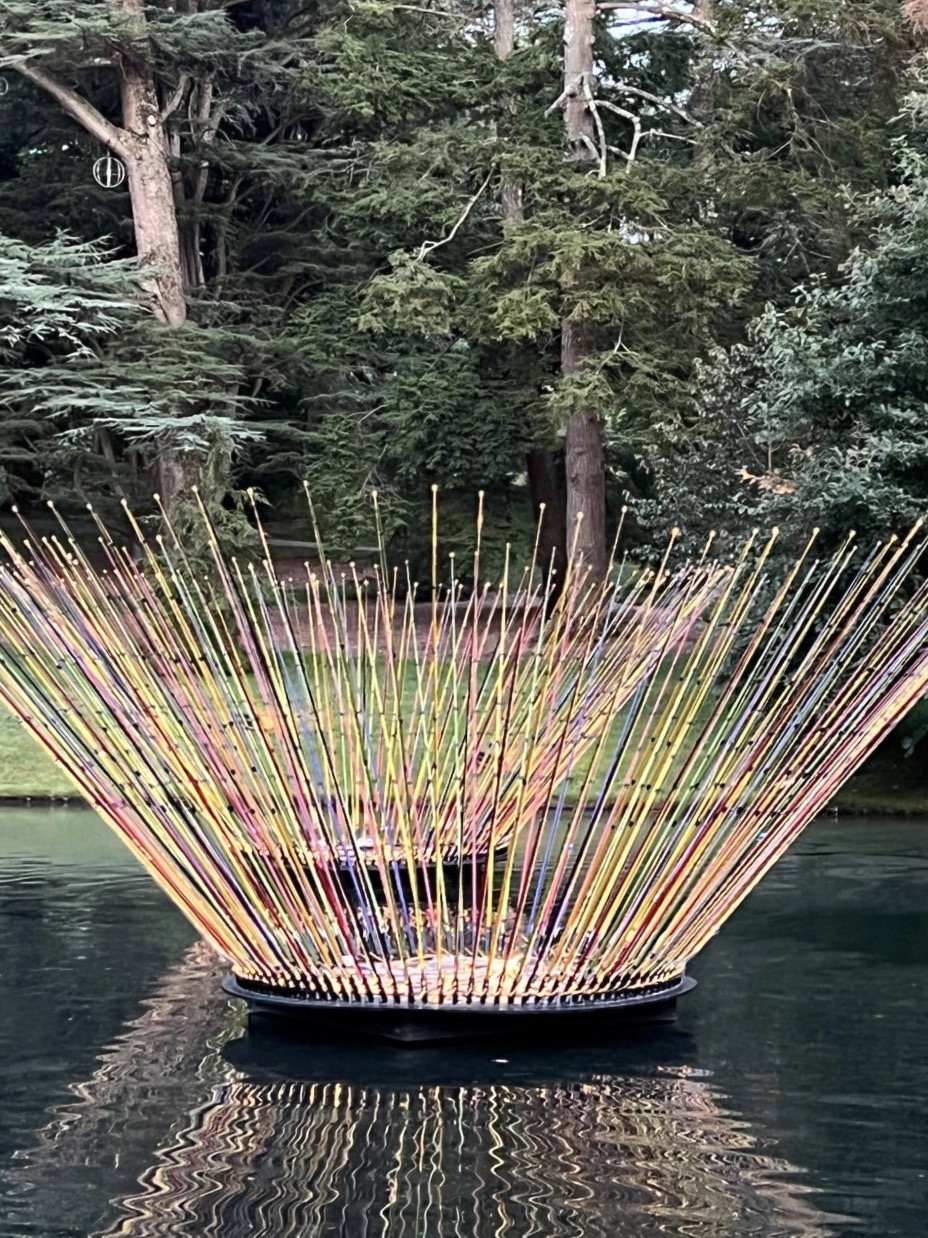 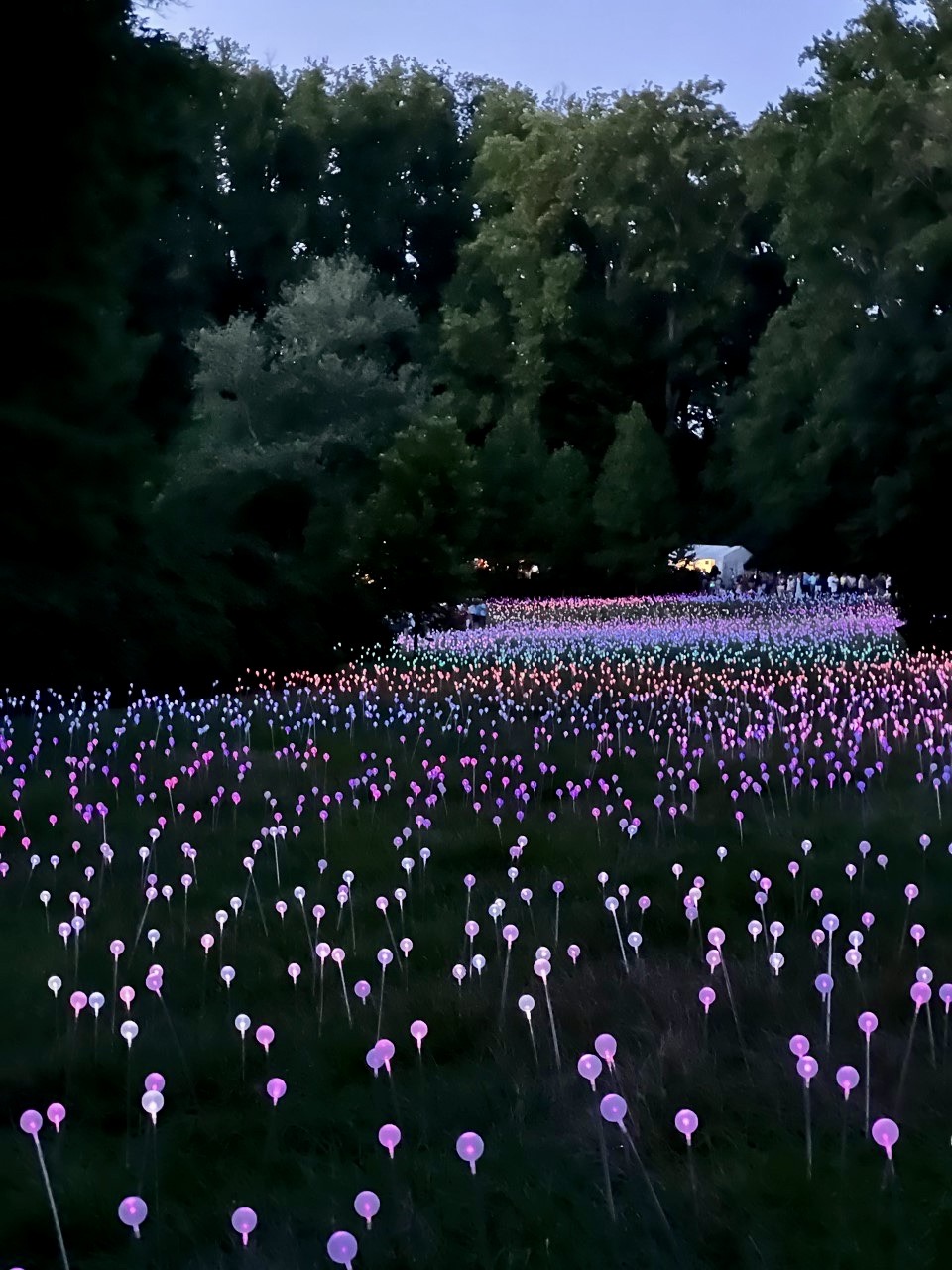 This was called "The Field of Light" 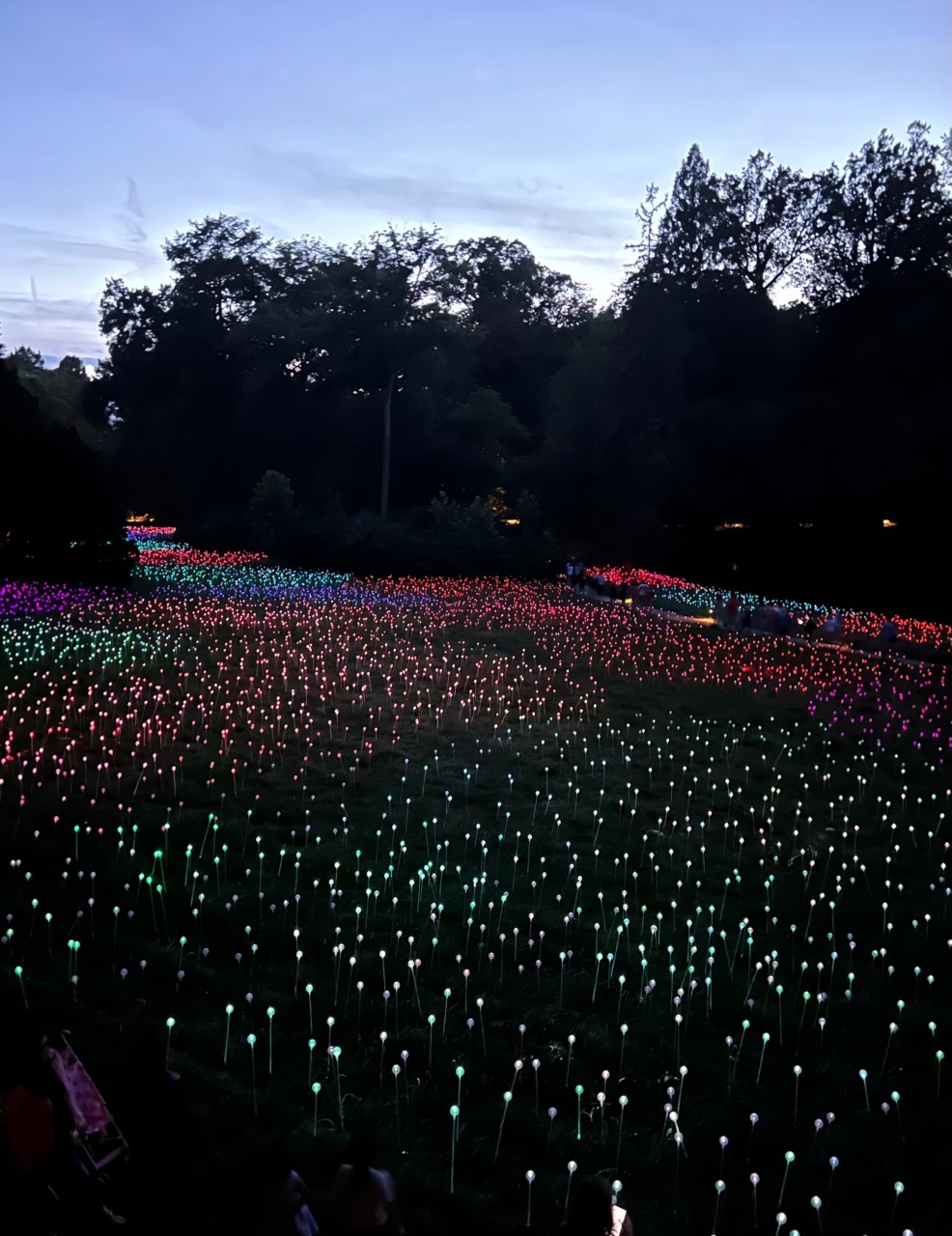 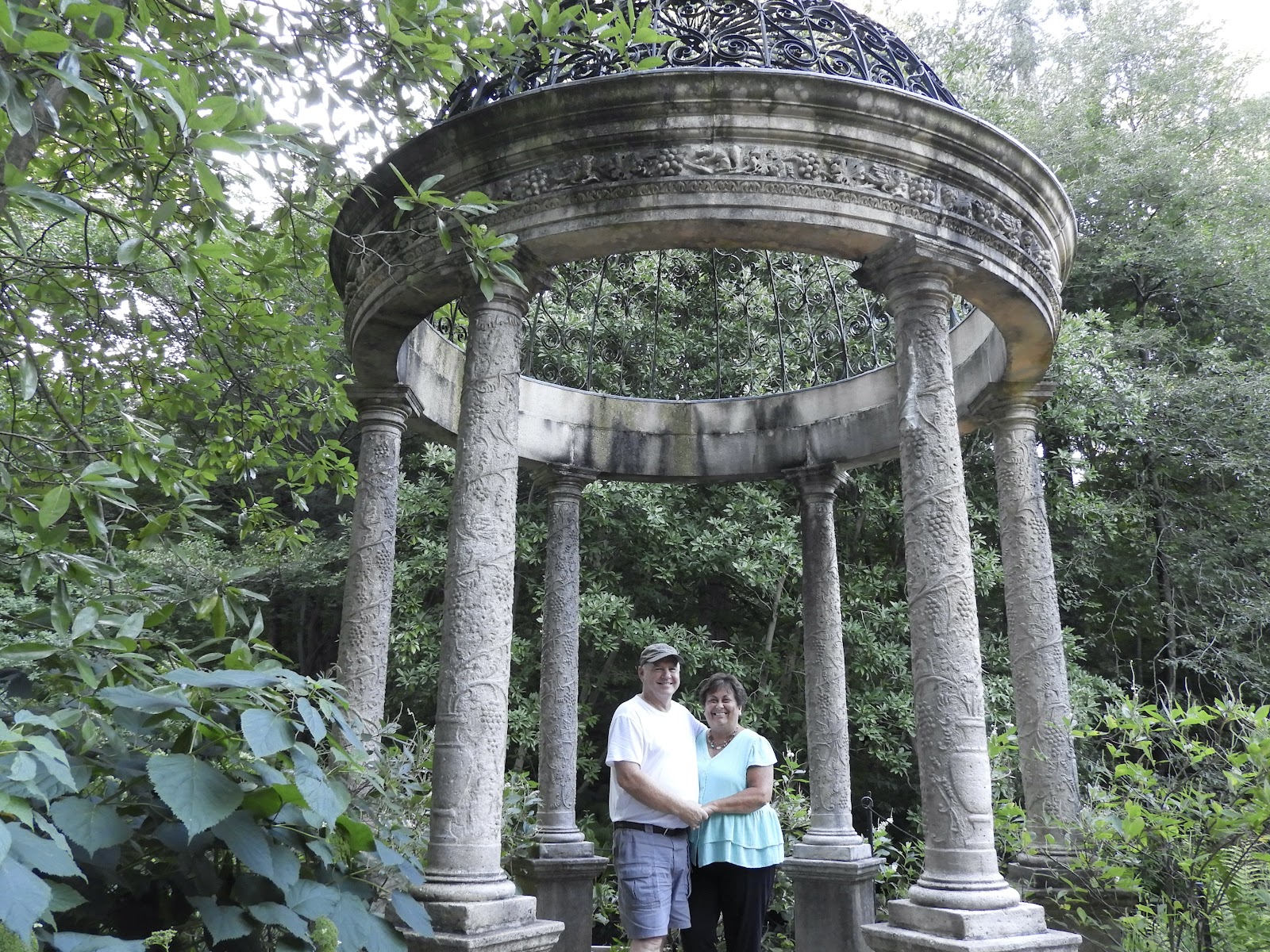 "Meet me in the Gazebo" 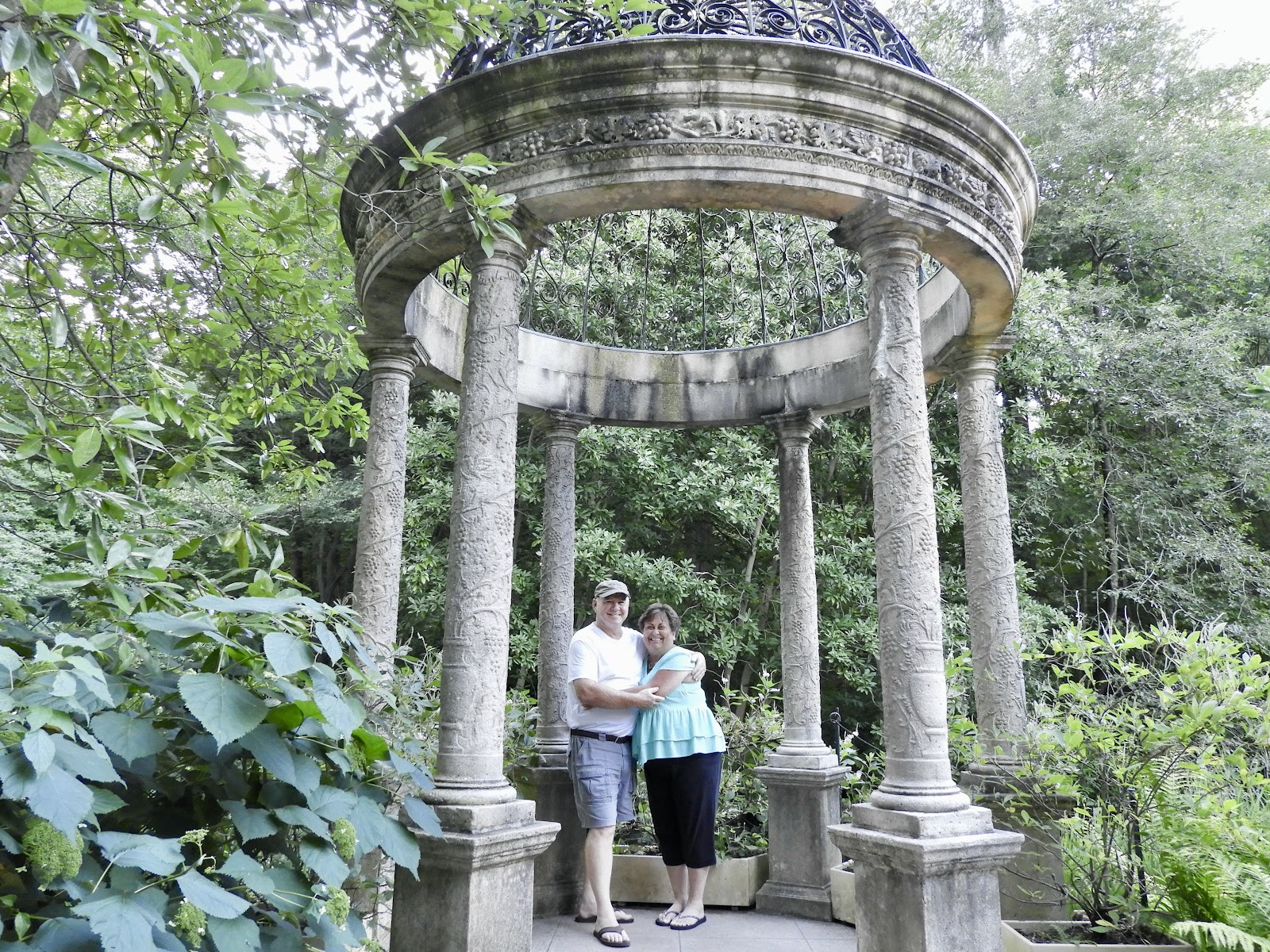 Funny story here...well maybe not funny,
People love to take pictures here in the gazebo, so you have to "wait your turn".
We kept circling around and let me tell you this was a busy place.
If was finally empty,
we picked up the pace, but a couple beat us!
We circled around again, people can't really tell that's what you are doing and I wanted my turn.
We passed by the couple who beat us, and the hubs took off, they were both crying.
I did not see that at first and the hubs was telling me to move on.
I finally realized he had just proposed, she said yes and I shared in the very end of the happy moment.
I have no "tact" really, I was so excited for them, he was crying more than she was...
she showed me the ring and I finally scooted off.
What an exciting moment!! 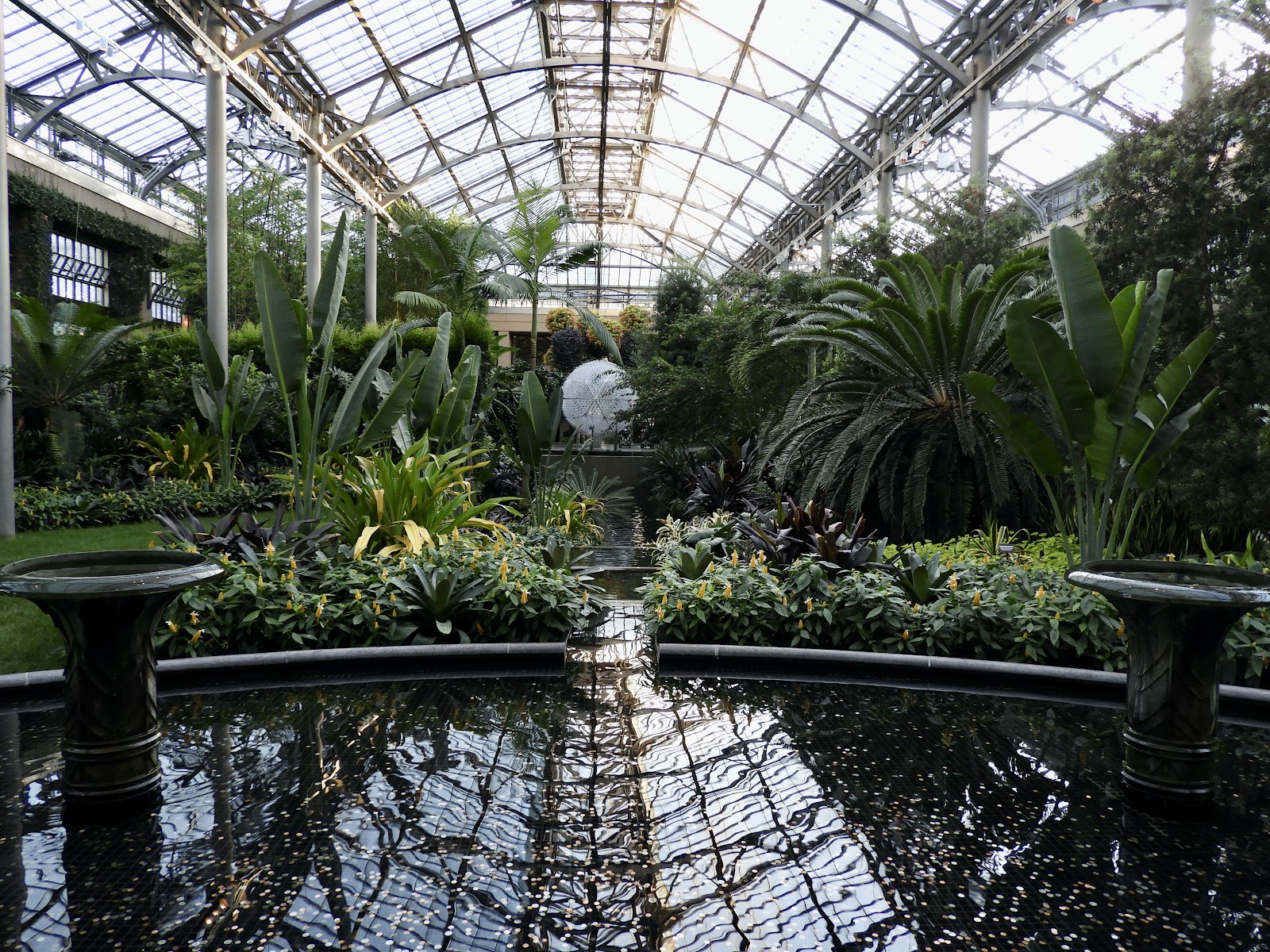 The entrance to the Conservatory
The Sphere at the far end was made of bottles, it also lit up. 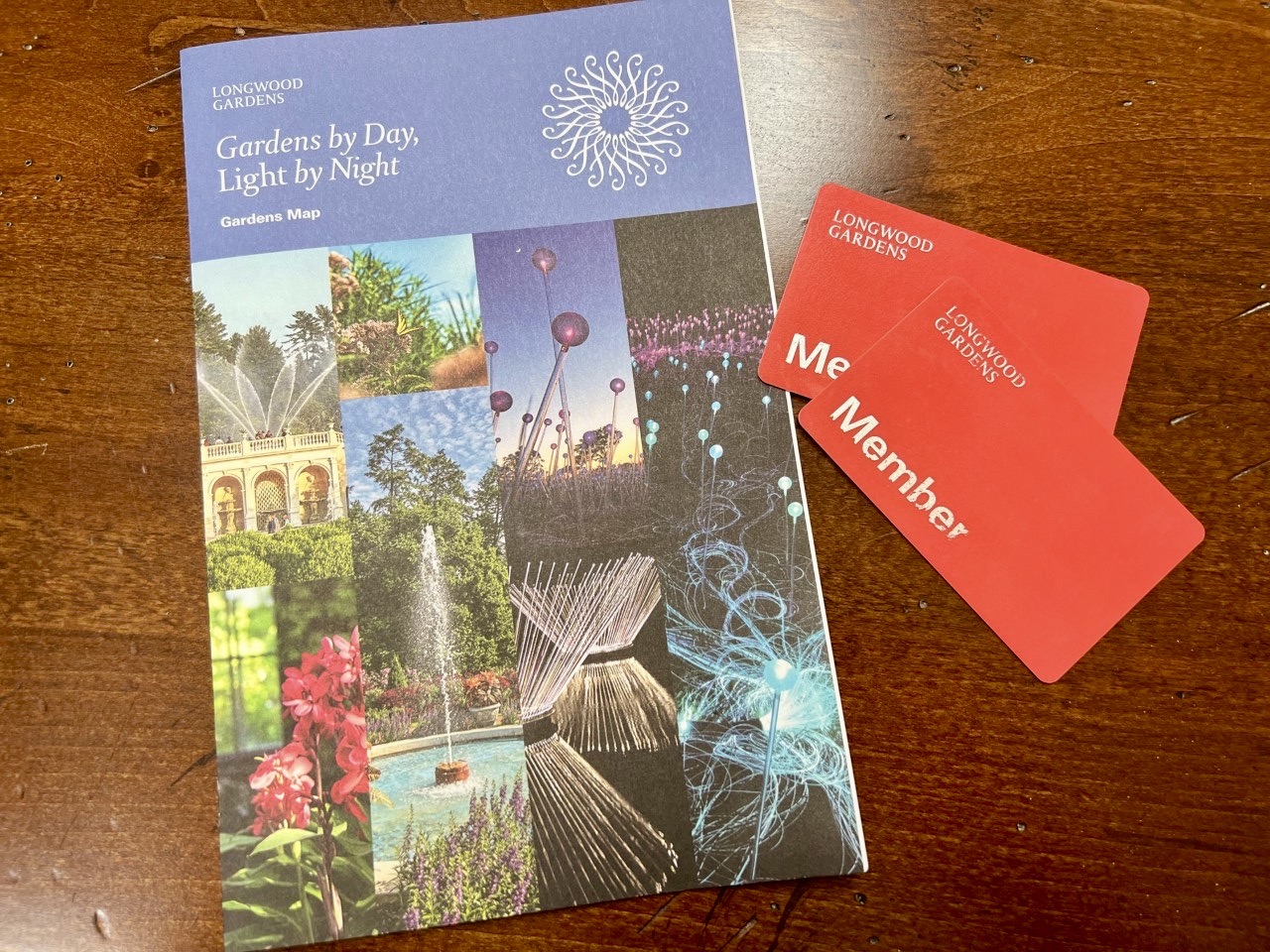 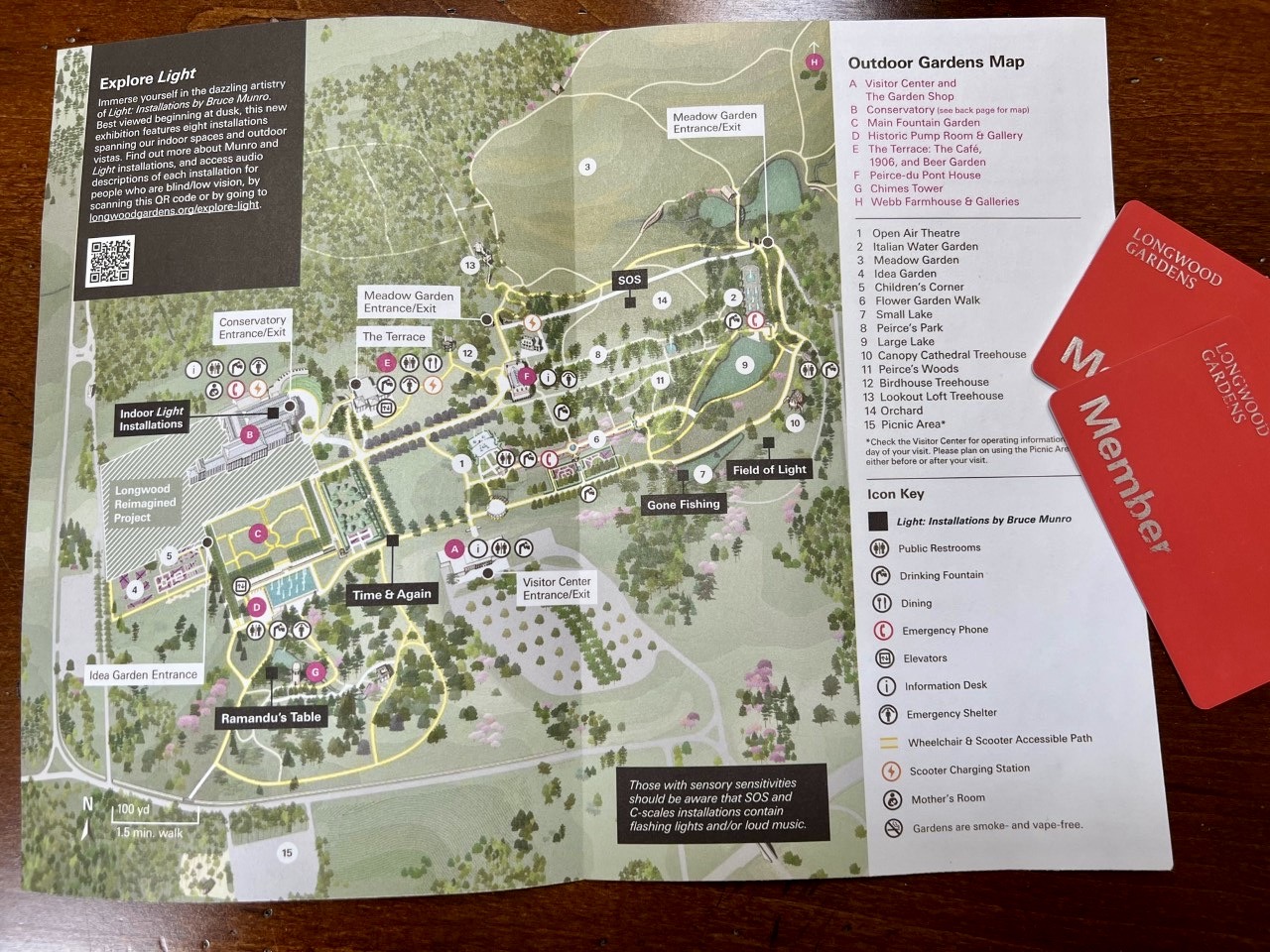 There was a fountain light show also, I'll show you those pictures tomorrow!
Posted by Debbie at 12:00 PM

I have always wanted to go to Longwood. And, how exciting that you got to share in someone's moment of joy! Super Cool.

Beautiful photos from Longwood Gardens. I love the field of lights.
The Mexican Petunias are one of my favorites. Cute photos of you and your hubby. Take care, enjoy your new week!

Such a beautiful place. Glad you and your sweetie got your picture there. Blessings, xoxo, Susie

Such competition for the gazebo! The "seasoned" couple photo is lovely. The garden lights look like night time tulips in that field, or little glass orbs flowing down a river. Stunning. Linda in Kansas

The Garden is beautiful! I especially love the Field of Lights!

Wonderful place for a stroll. I can image watching the proposal scene too!

Funny there weren't as many flowers as you thought there would be, maybe just the time of year, or the extra heat. what you did get was so pretty, I love the hibiscus. they have some neat light up features don't they, at our garden there is only a very few. How neat that he proposed there, I bet he was getting anxious if they had to wait as long as you guys did to get in there.

The Longwood gardens are beautiful. I loved all the photos you shared. Of course, I loved the cute photos of you two; I'm glad you managed to get the photos. I love that you were able to see the after part of an engagement.
The next two weeks, I have two granddaughters getting married. I'm extra excited because my husband gets to marry them in the temple we work at and then up in the Rexburg, Idaho temple. We have all our children except one daughter coming for the weddings. I do hope to blog about the last two plus months; it's been very busy, and I am a bit tired.
Sending hugs!