The Hot Air Balloon Festival here in New Jersey is always the last weekend in July.
We, the hubs decided we should go on Saturday morning,
with the balloon ascension beginning at 6:45 a.m.
That meant getting up at 4 a.m., FOUR A.M.!
I want you to know I have not seen 4 a.m. on my clock since my partying days,
which were very few and a long time ago.
And on those days I was coming home at 4 a.m., not getting up.
But, I knew it was the best choice,
it would be cooler, less crowded and a there'd be a better chance of the balloons being able to fly.
I got up, only whined a little, we got ready...and off we went.
We arrived with plenty of time to spare, picked our spot, settled in then heard the words we were dreading,
it was too windy and the balloons were not going to fly.
They did blow up a few of the balloons for pictures, but nothing flew.
I used my Zinger, we walked around a little, most of the booths were closed, so we headed home.
Here's what they shared with us... 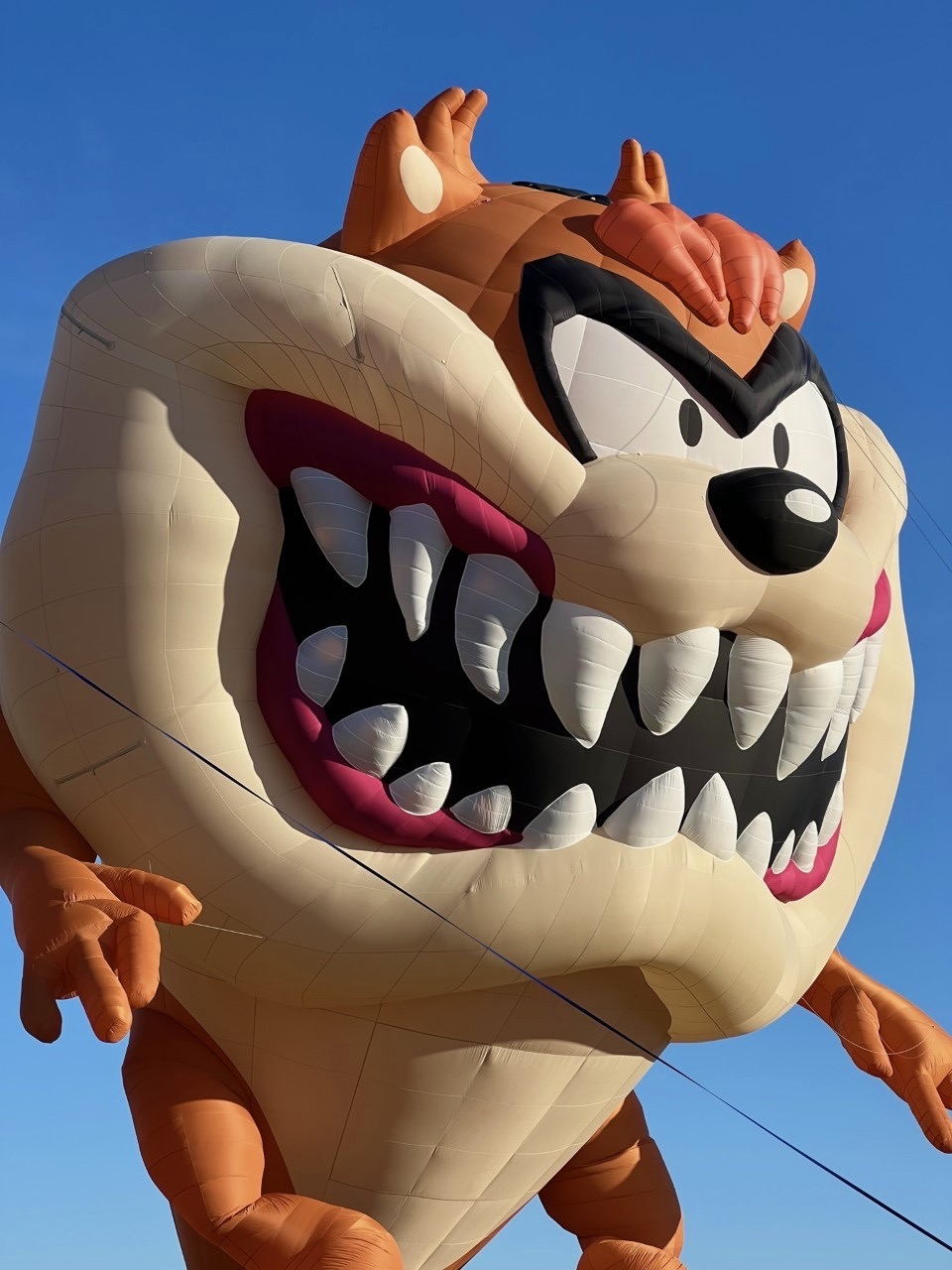 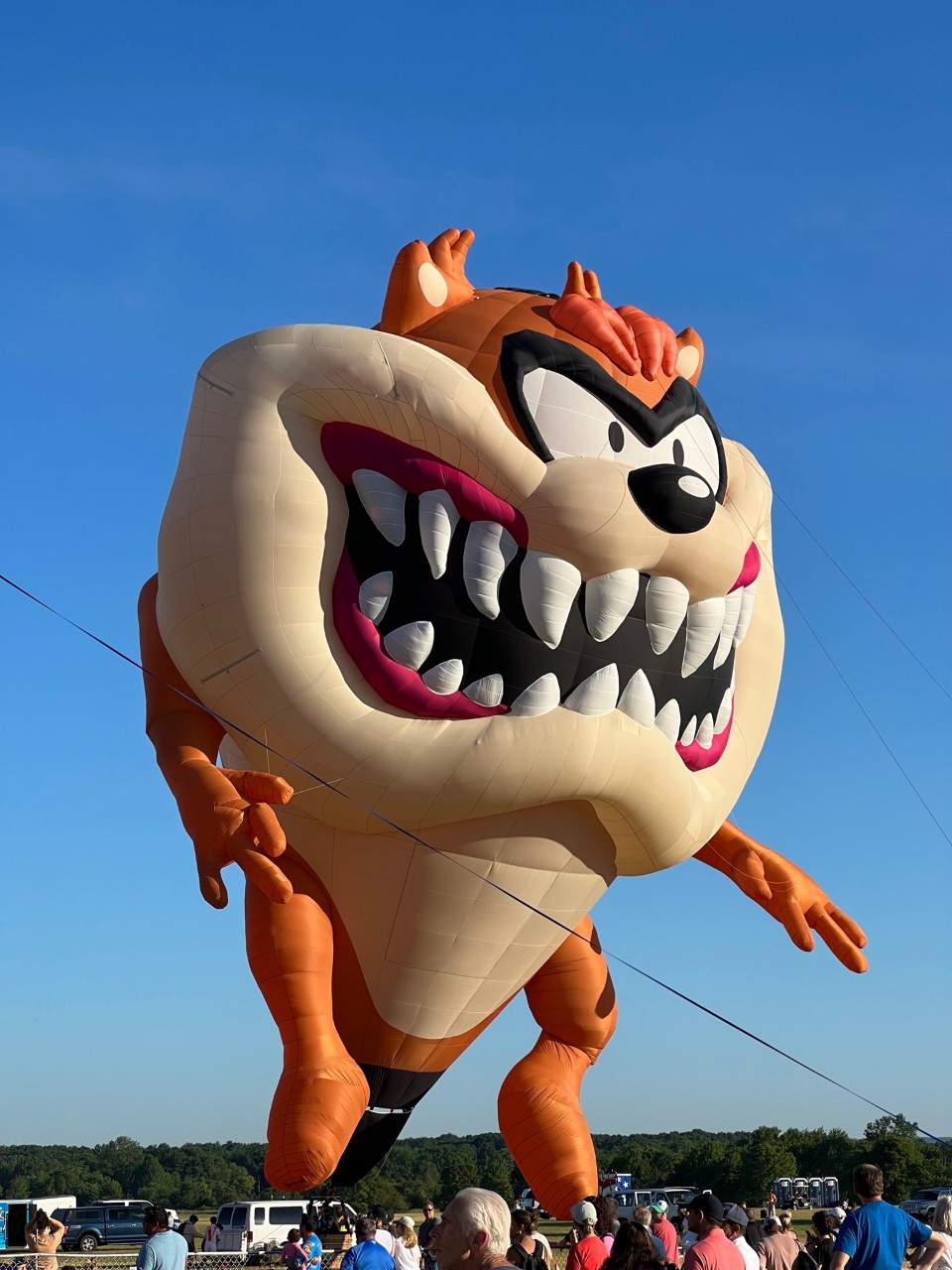 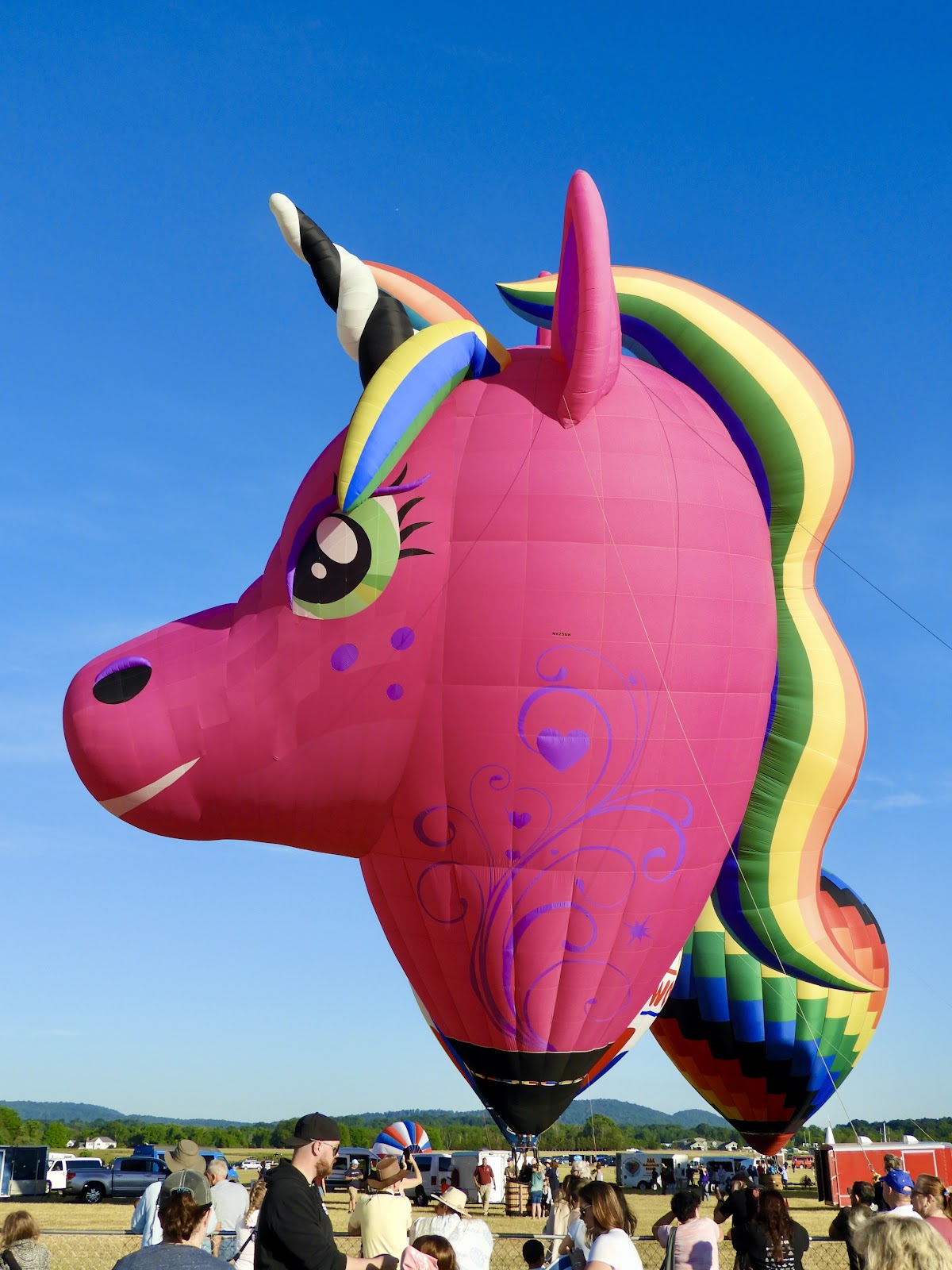 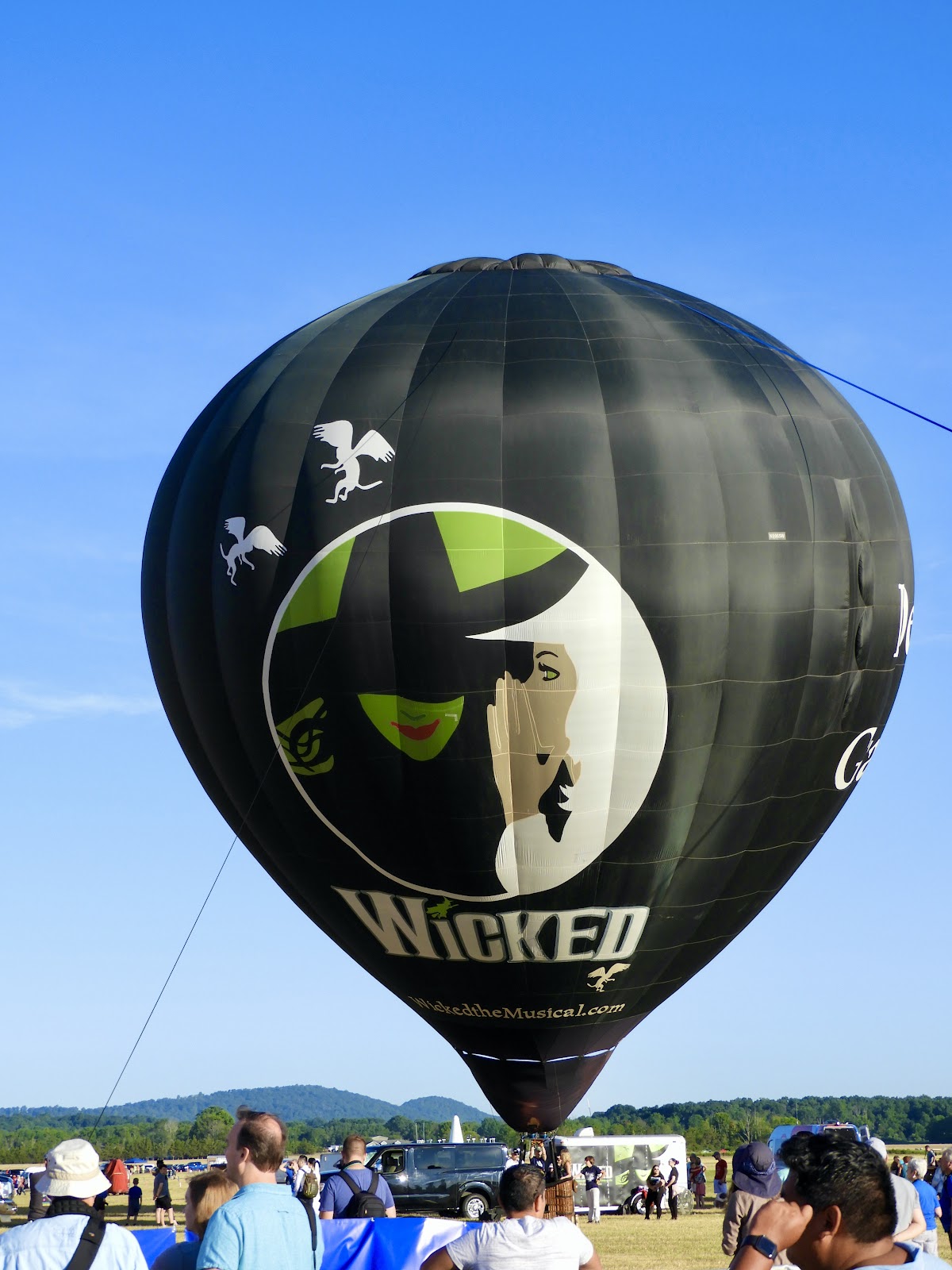 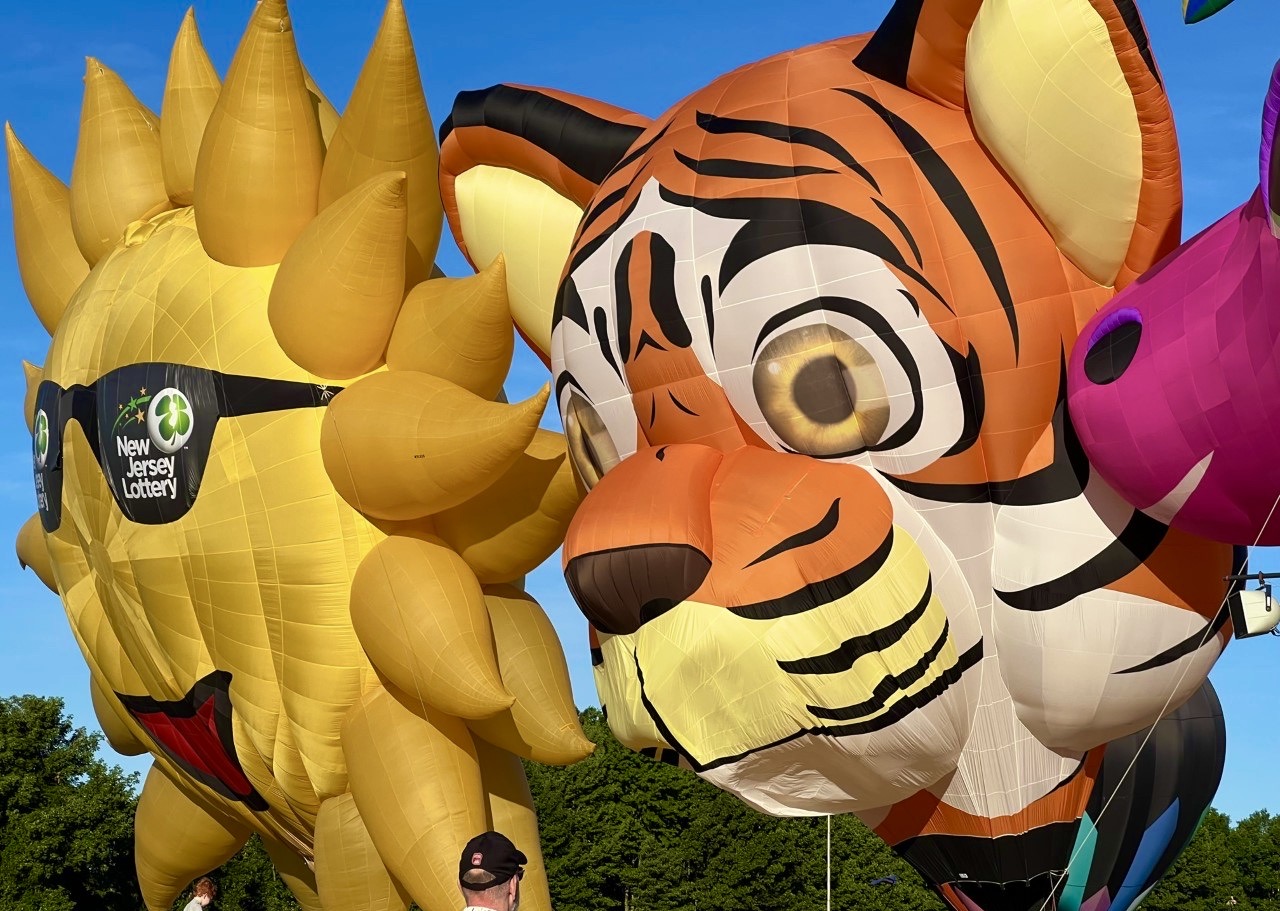 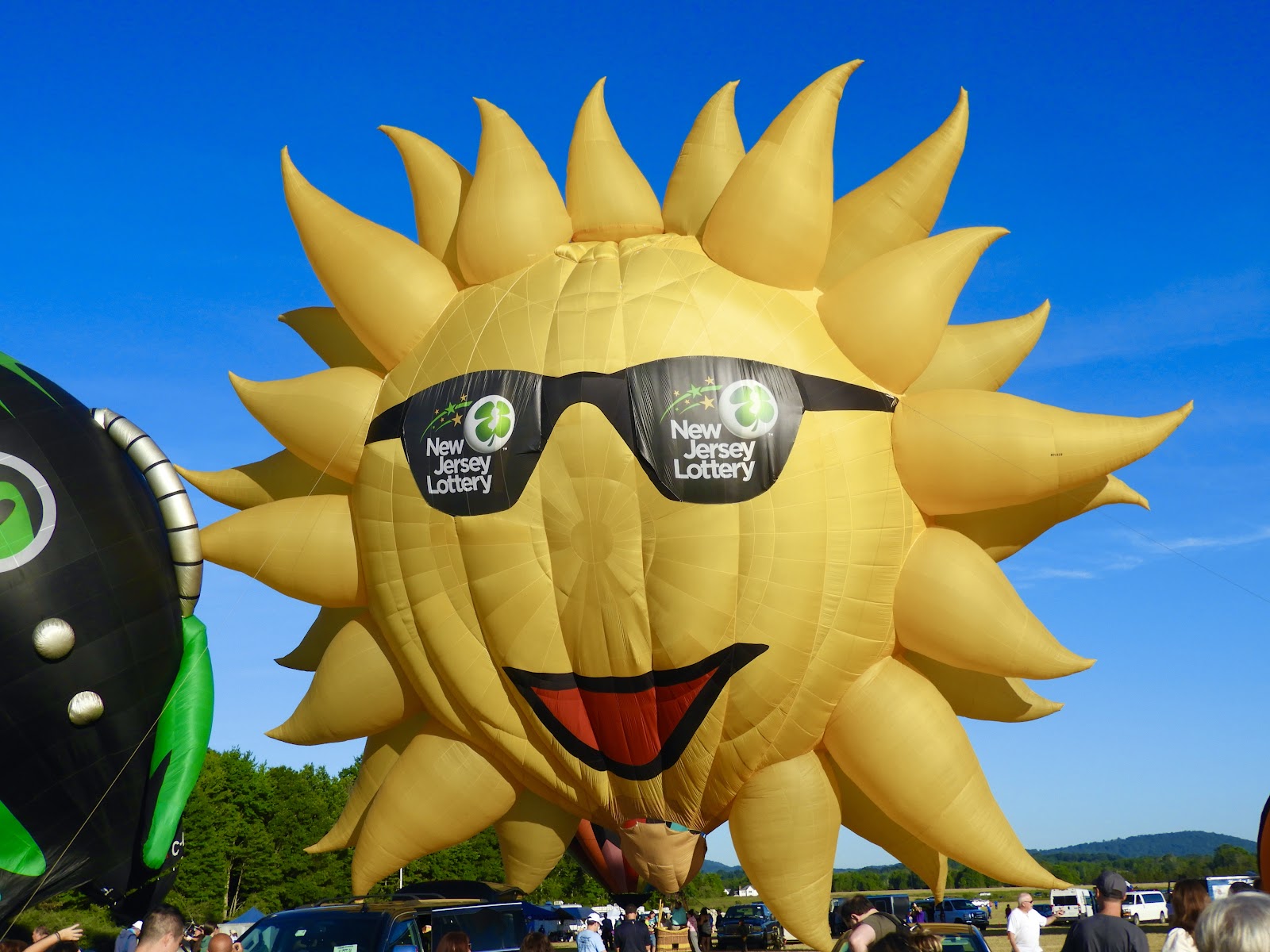 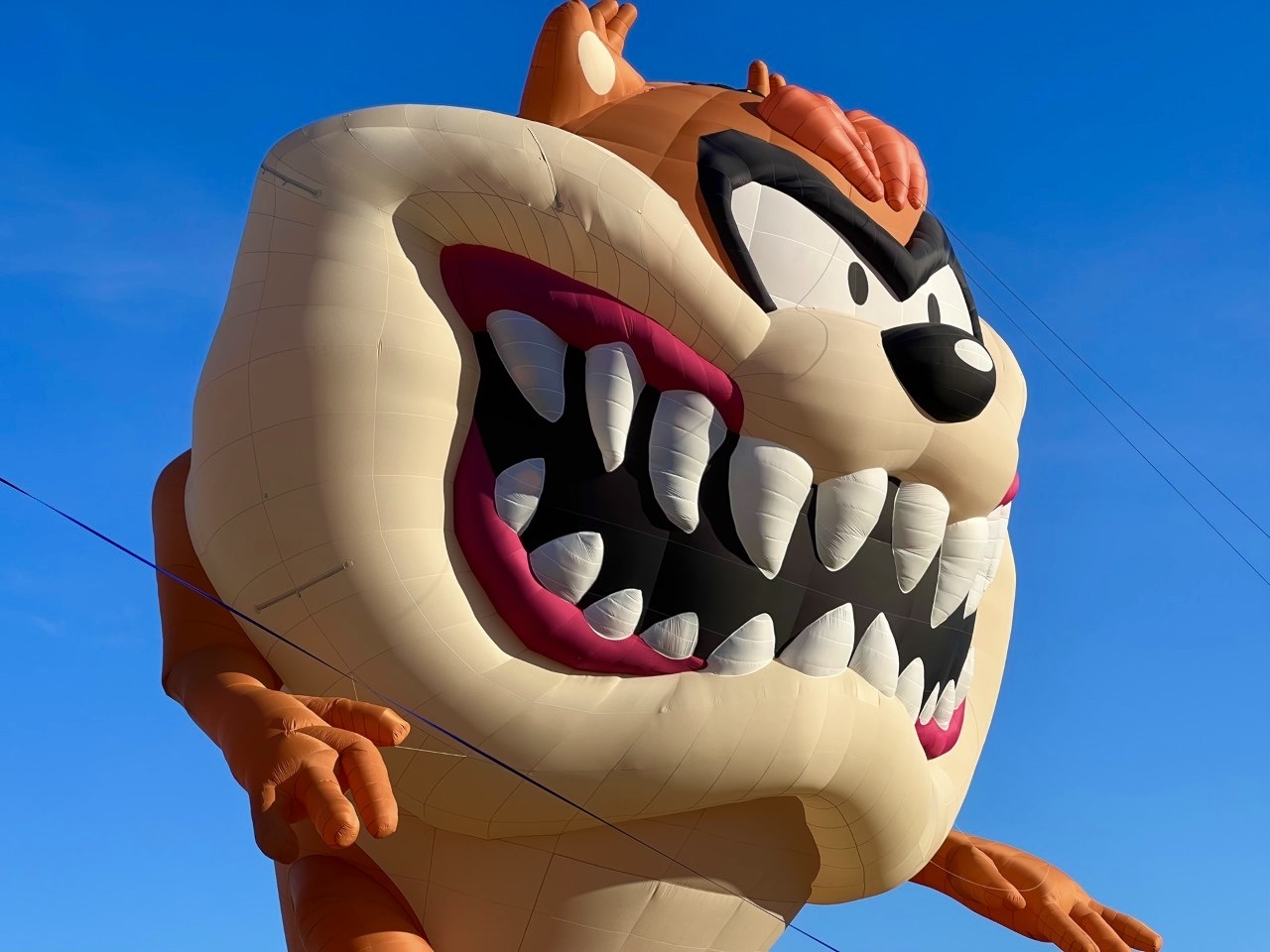 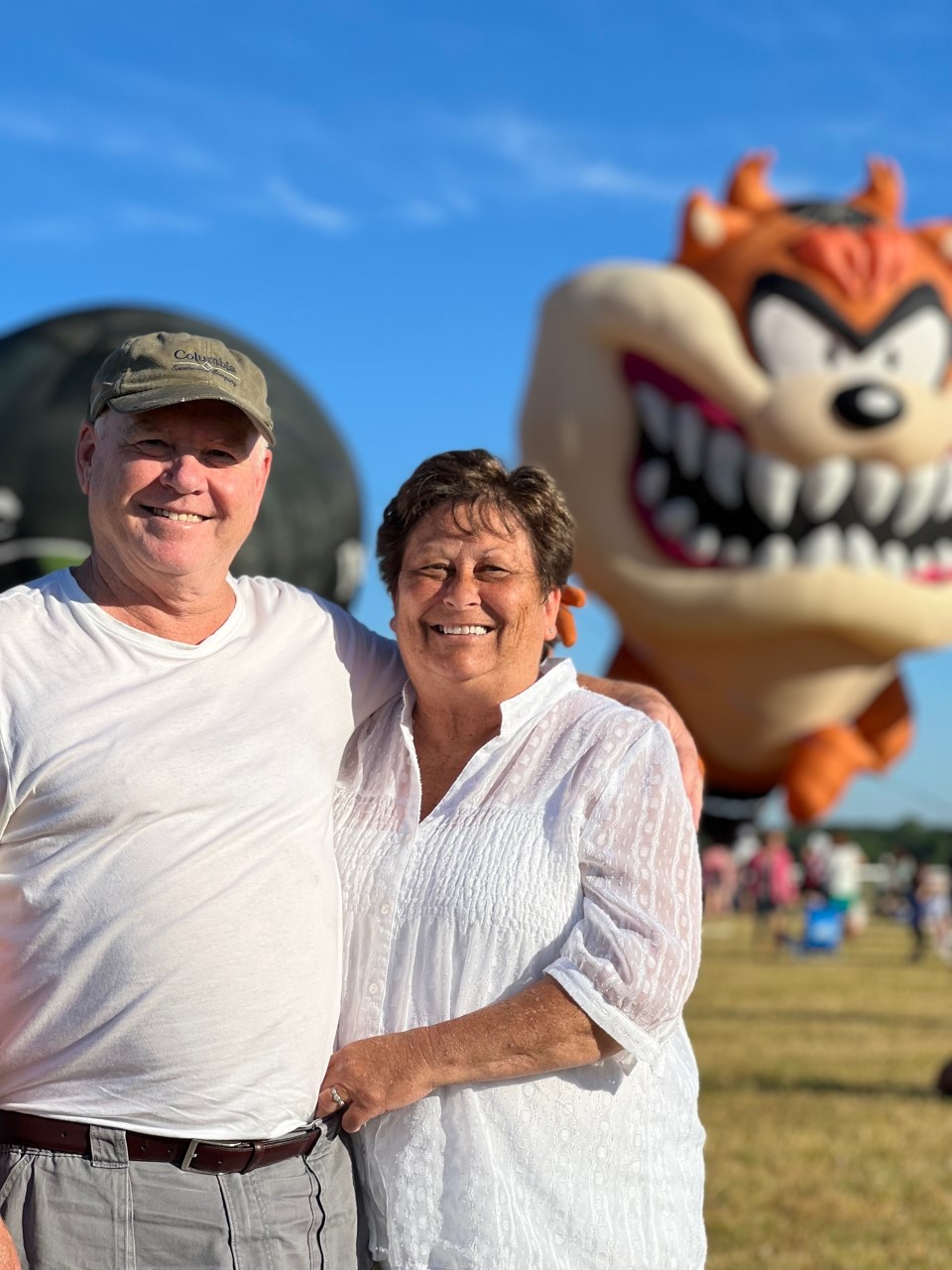 I met the nicest woman who took this picture.
Her family was sitting in front of us and I always watch for someone who looks nice,
to ask if they would take our picture.
She was so sweet, she took my phone and I felt like I was in a photo shoot.
She took a total of six pictures, even switching to portrait mode,
getting this picture that I love.
After I looked at the pictures I did go over and thank her again, for me this is a treasure.
We go every year, except last year, so I was just happy to be able to be there.
- appreciate everything -
Posted by Debbie at 5:00 AM

That is a great photo of you two. I hope you will see the balloons take flight another time, Debbie.

Great looking balloons! Love the Tasmanian devil! You picked the right person to take your photo!

Bummer you did not get to see them go up, but it looks like you had a great time regardless!

Sorry they were able to fly but they were fun to see and the picture is great!

Wow Debbie These balloons are amazing. I am just about to go off again and this time to Sweden where my granddaughter Anna is getting married so I will be away for 2 weeks

The pictures are great Debbie!! Yall are such a cute couple! Disappointed that the balloons couldn't fly but they SURE ARE PRETTY!!!

Cool balloons! Nice photo of you two! Linda in Kansas

Debbie, I love the pictures. Those balloons are awesome. I read what you said about a nice person taking your photo, love that. My daughter once asked a couple to take a picture of her, and the man started to take it with his own phone and his wife said, "No you big dummy, not with your phone, use hers. " I still laugh when I think of that. A friend of mine used to say , there's nothing funnier than people. How true. Blessings, xoxo, Susie

That’s a bit of a bummer that the balloons didn’t fly. I’m glad you still had a good time.

Just love the photograph of the two of you.
Fabulous colours in the balloons.

Bummer that they didn't take off! Love the picture of the two of you :)

that is early to be getting up, that's for sure, I am so sorry they couldn't fly, the same thing happened to use when we we went for a night time one, there was a storm blowing in. I know it is for the lottery but that sun was pretty cool. That was so nice of her to get some great pics of you two, that one is great with the balloons in the background!

I'm happy you got a few photos of the balloons; they are cute. You are amazing to get up that early and go; proud of you, girl. Of course, I'm sad they did get to fly them.
The photo of the two of you is a cute one for sure. I always love your smiling faces.
Big hugs!