Twin Lights Of The Navesink Highlands

During our warm snap last week, we took a drive to the
Twin Lights of the Navesink Highlands
It was such a wonderful ride and a really beautiful spot to walk around,
enjoy the park like area and take pictures.
Situated 200 feet above sea level atop the Navesink Highlands,
Twin Lights has stood as a sentinel over the treacherous coastal waters of
Northern New Jersey since 1828.
Named Navesink Lightstation, it became known as the
Twin Lights of Highland
to those who used it's mighty beacons to navigate.
As the primary seacoast light for the New York Harbor,
it was the best and brightest light on the Atlantic Coast for generations of seafarers. 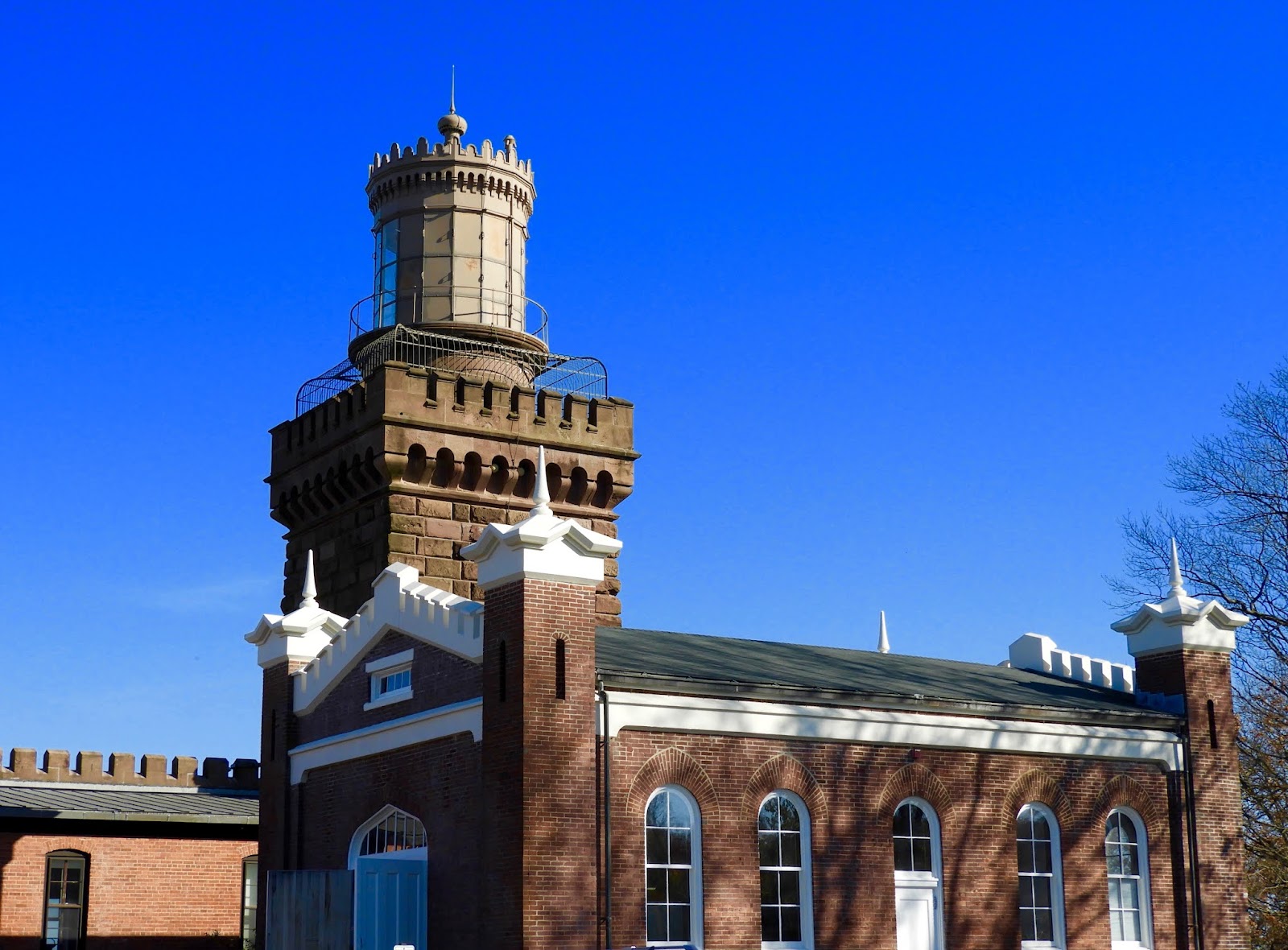 The current lighthouse, built in 1862 of local brownstone,
cost $ 74,000.00 and replaced the earlier buildings that had fallen into disrepair. 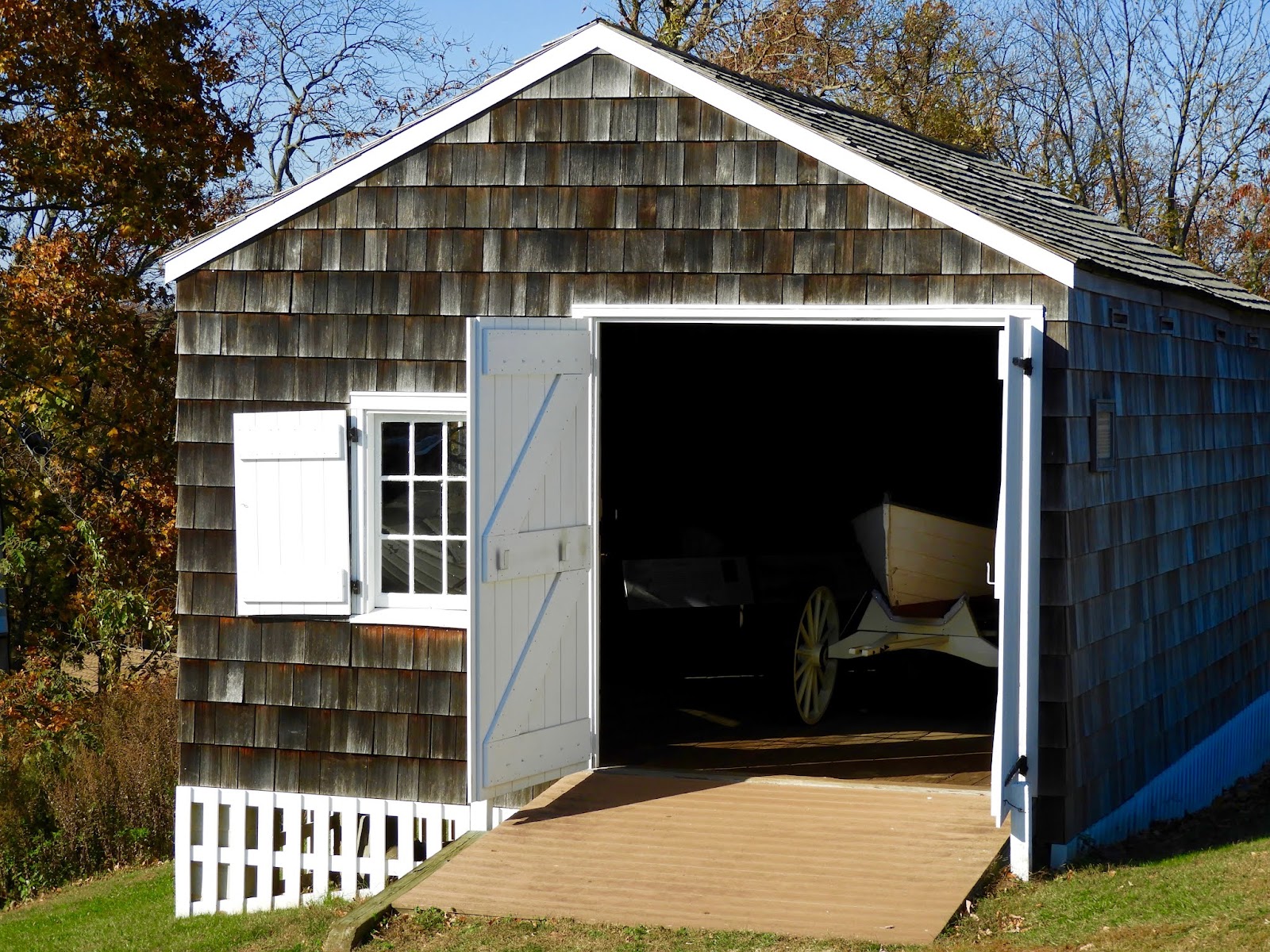 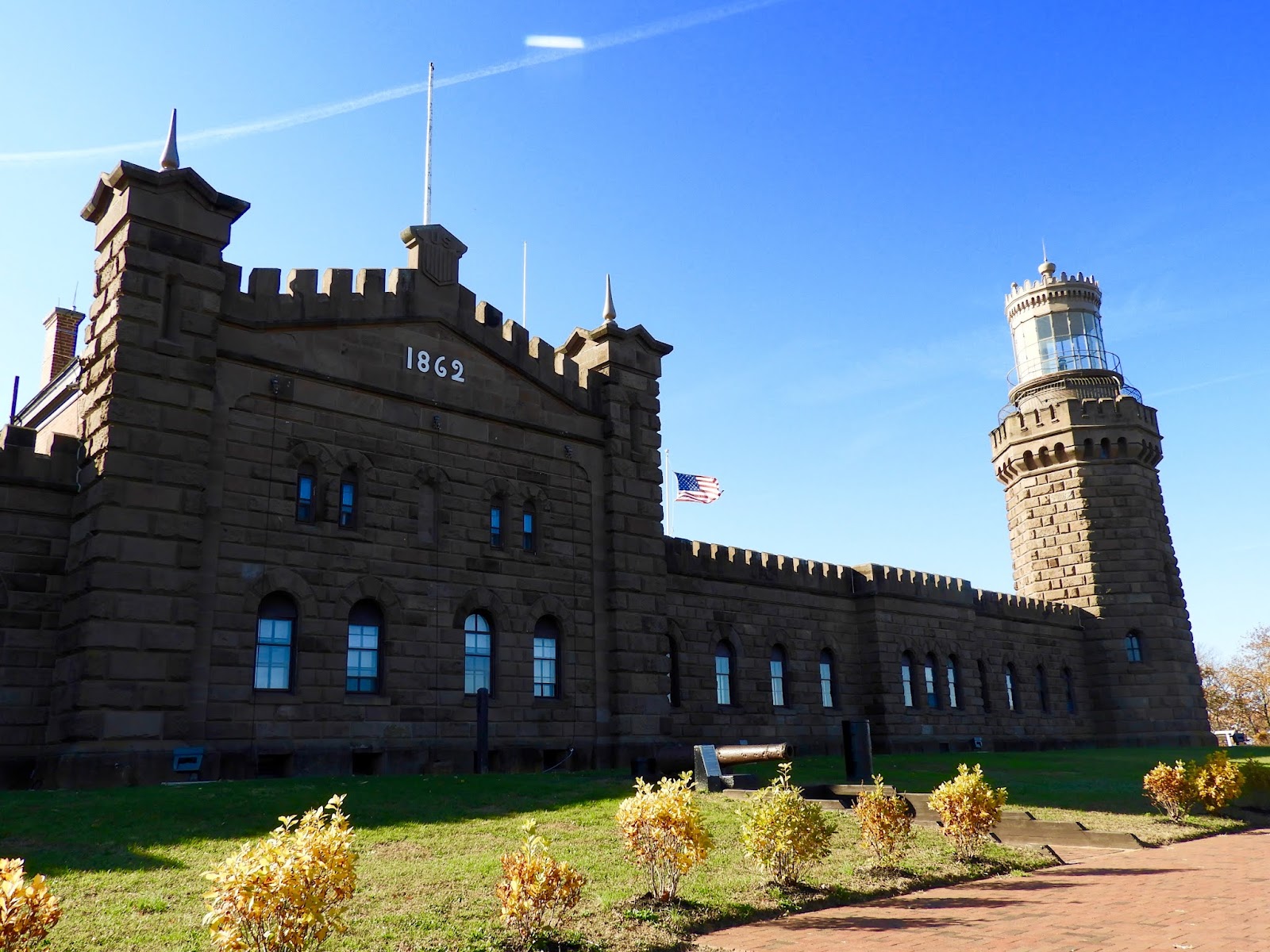 While on the property, it is impossible to capture both towers in an image. 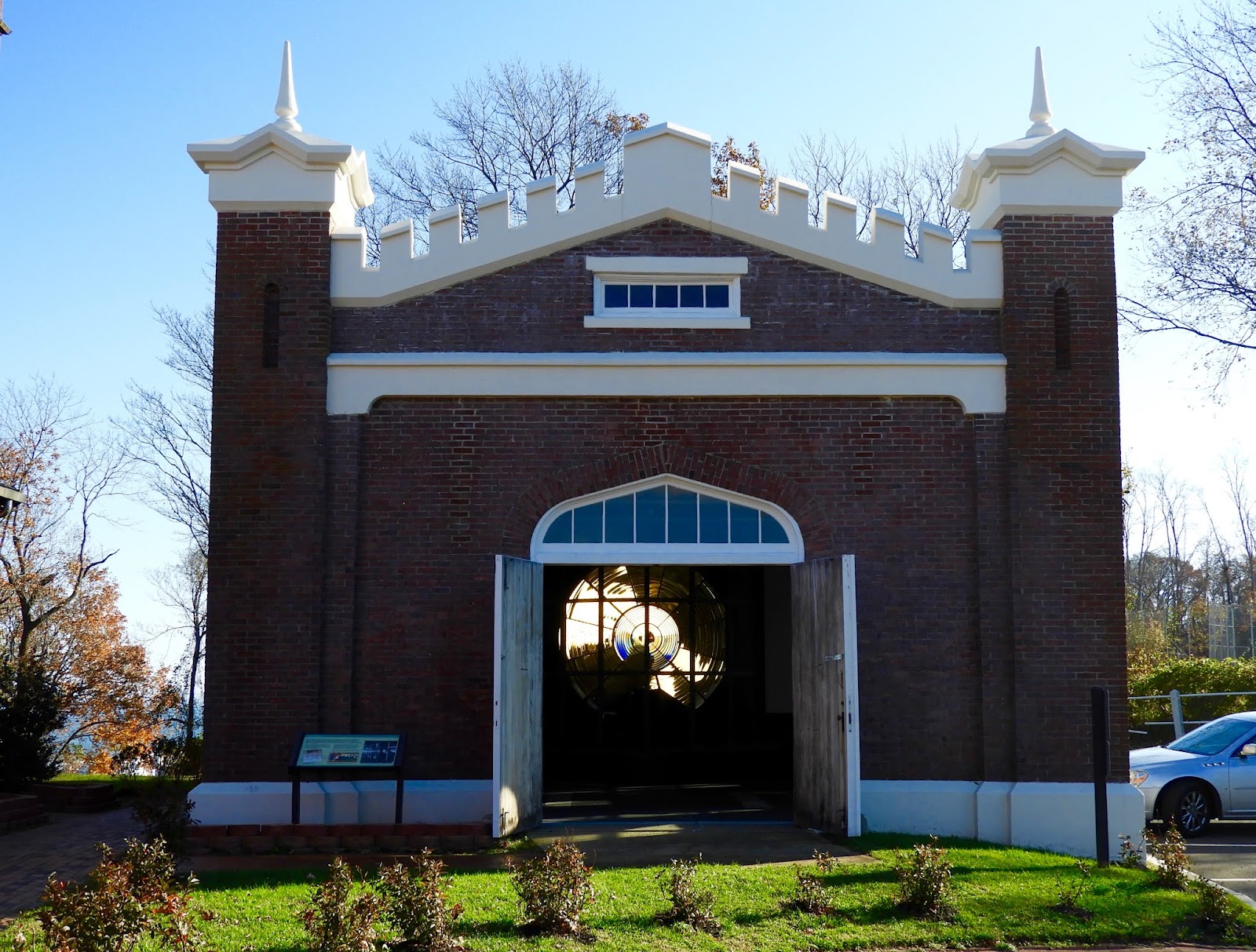 This is an "out of service" lens on display separately on the property.
The lens resembles glass beehives and consists of a series of prisms that surround a central light source. 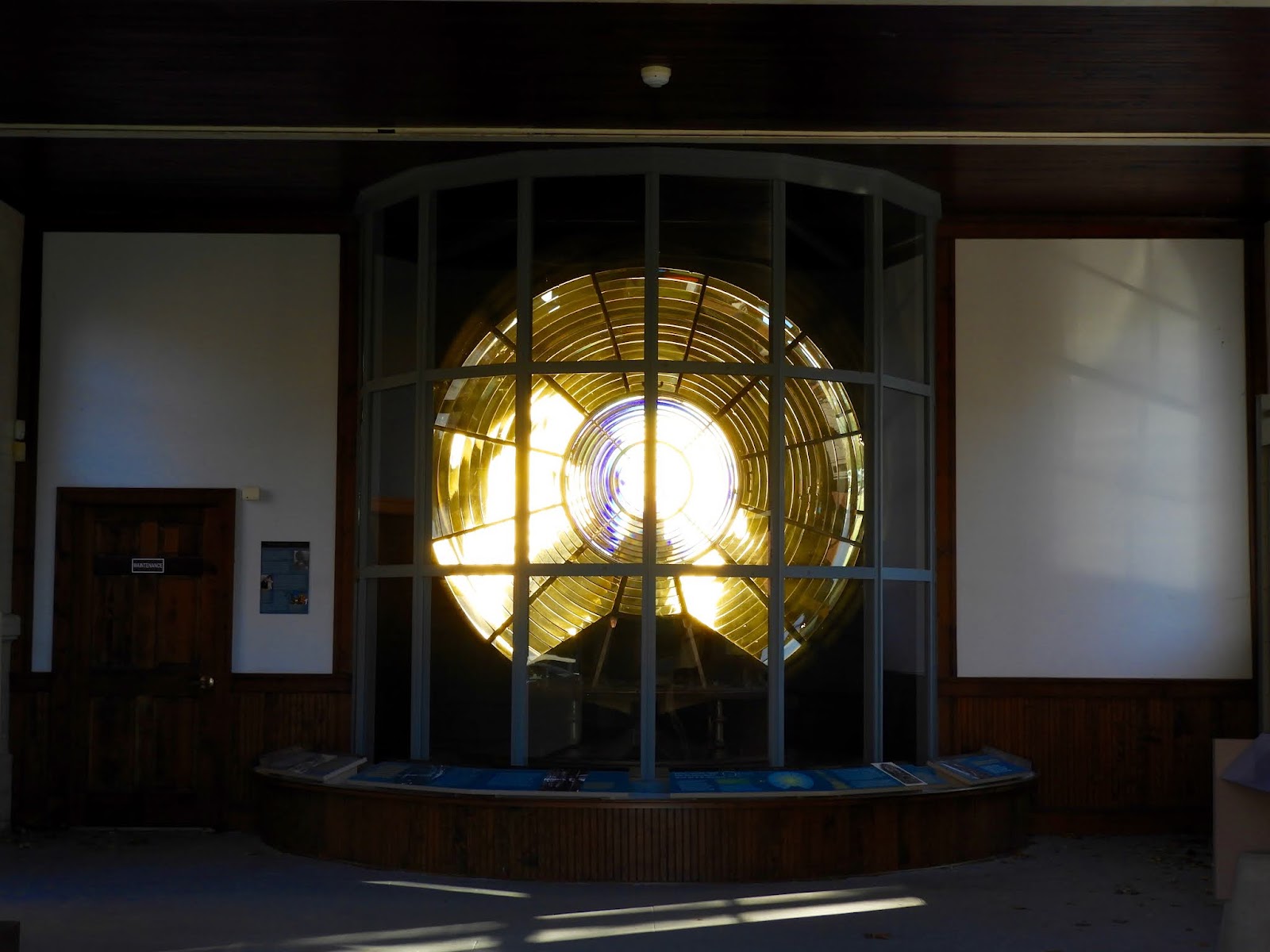 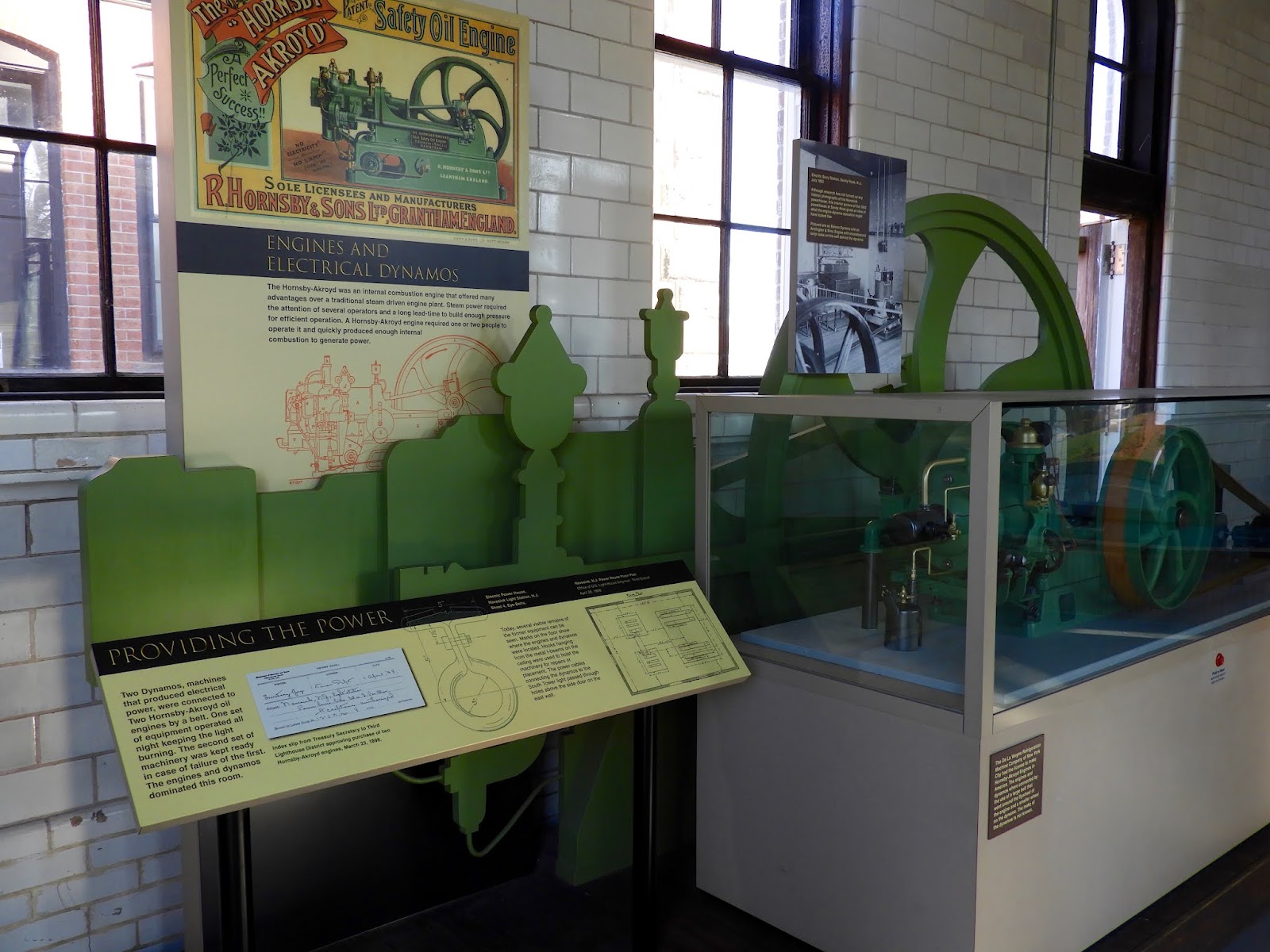 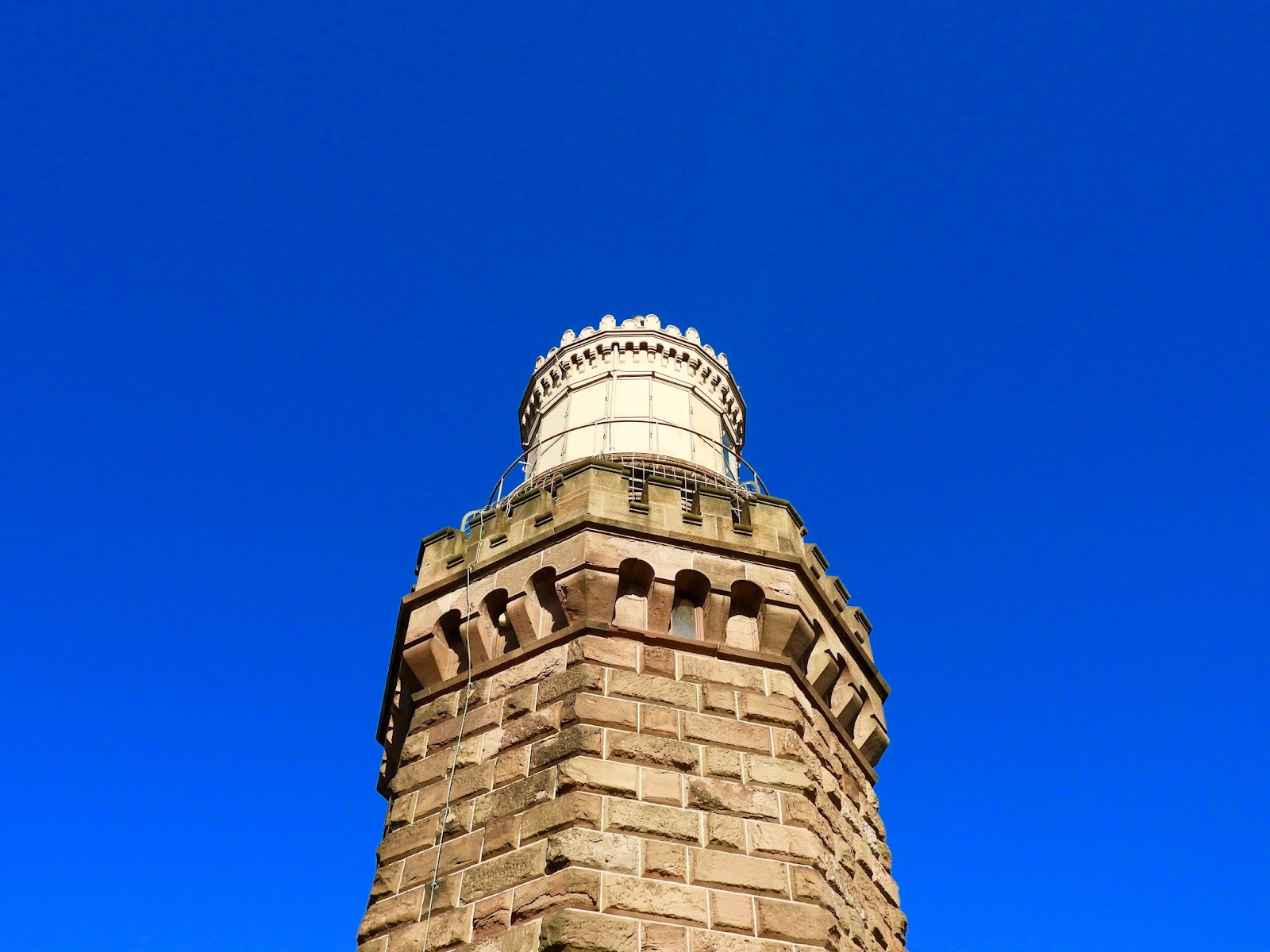 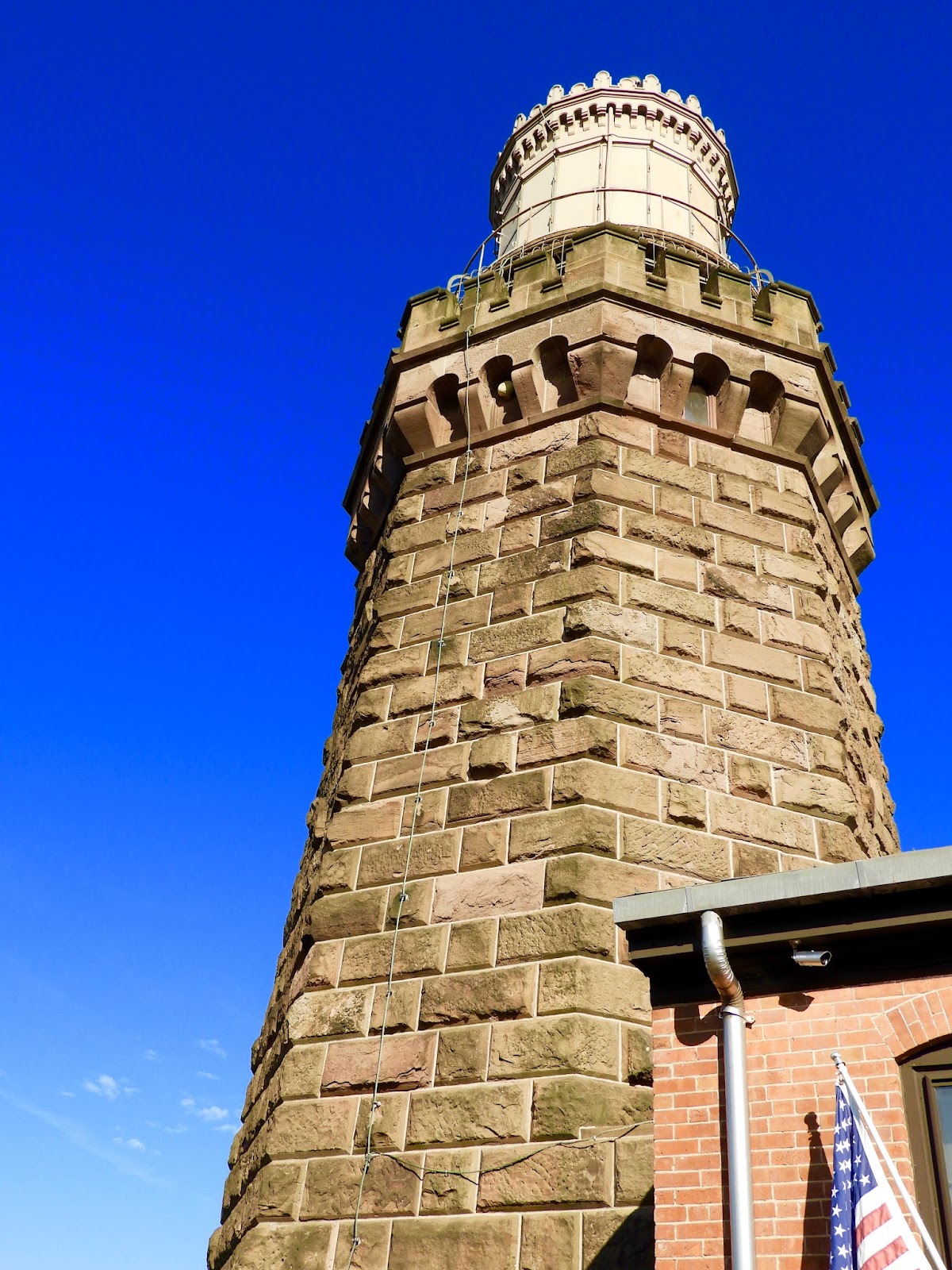 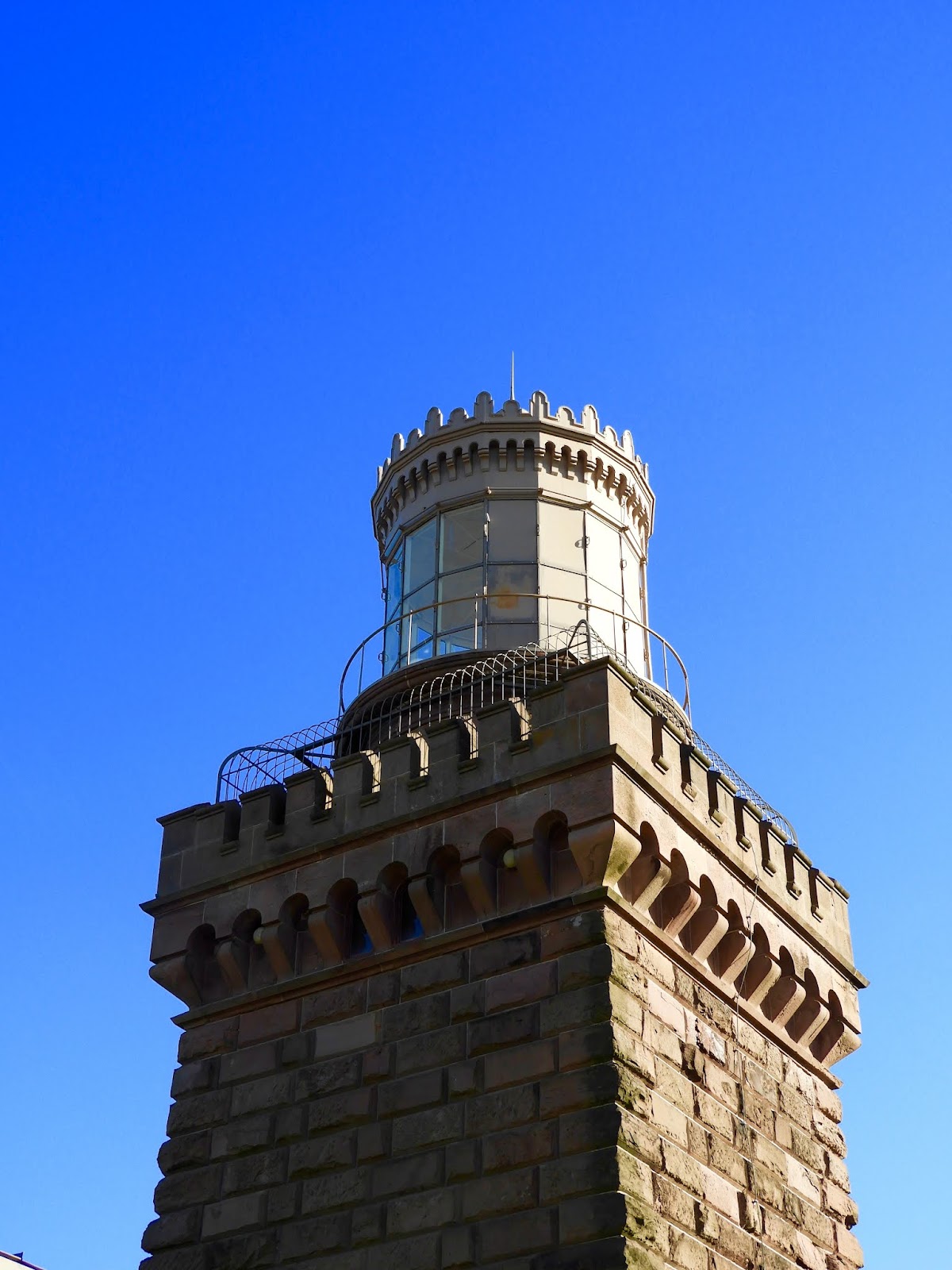 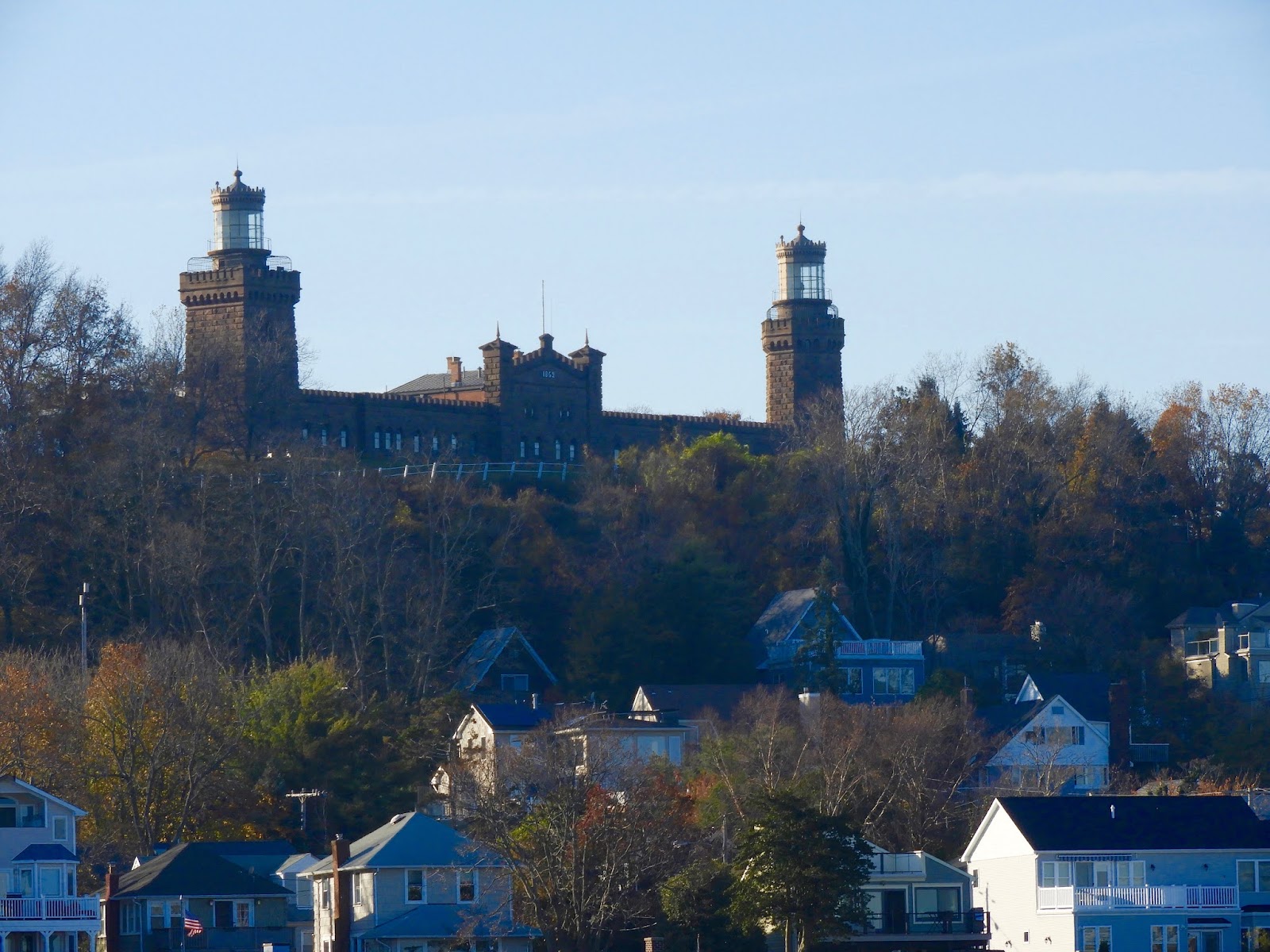 Once we drove away, from a distance you can capture the Twin Lights in it's entirety.
- so shine a light and guide me home -

That's probably the coolest lighthouse I've ever seen! The first photo looks church-like and the last one looks like a fort. Fantastic!

Brain hit the nail on the head and I can only add that I have never seen anything like it.

Those are so cool!! And SO OLD!! would love to visit those----very interesting

As well as the building which was nice to see in your photographs, what a wonderful blue sky that is too.

These are lovely shots. That blue sky is amazing.

I never think of you being that close to New York. First double lighthouse I've heard of.

Wow that is a huge light station, I think the biggest I have seen, I don't think I have ever seen twin towers on them either, looks like it is in great condition from how old it is. Looks like there was still a little color left when you went, ours is just about over here, the last few very windy days have taken care of that.

Hello Debbie, :=) I love these old lighthouses, and this one is a particular fine example. The building is unlike anything I have seen before, it's wonderful, and I never miss an opportunity to see one, and if possible climb up the stairs to the very top where the light shines from. Not in action now of course, and more of a tourist attraction, but they have saved many ships and sailors from peril in the past, and so worthy of our attention.

I have never seen a lighthouse so beautiful and I was a sailor!
Awesome shots.

I have a friend who lives right across the street in one of those condos. What a beautiful view and how lucky he is.

wow!! what a great place to live!!