On our lighthouse adventure last week, we also visited 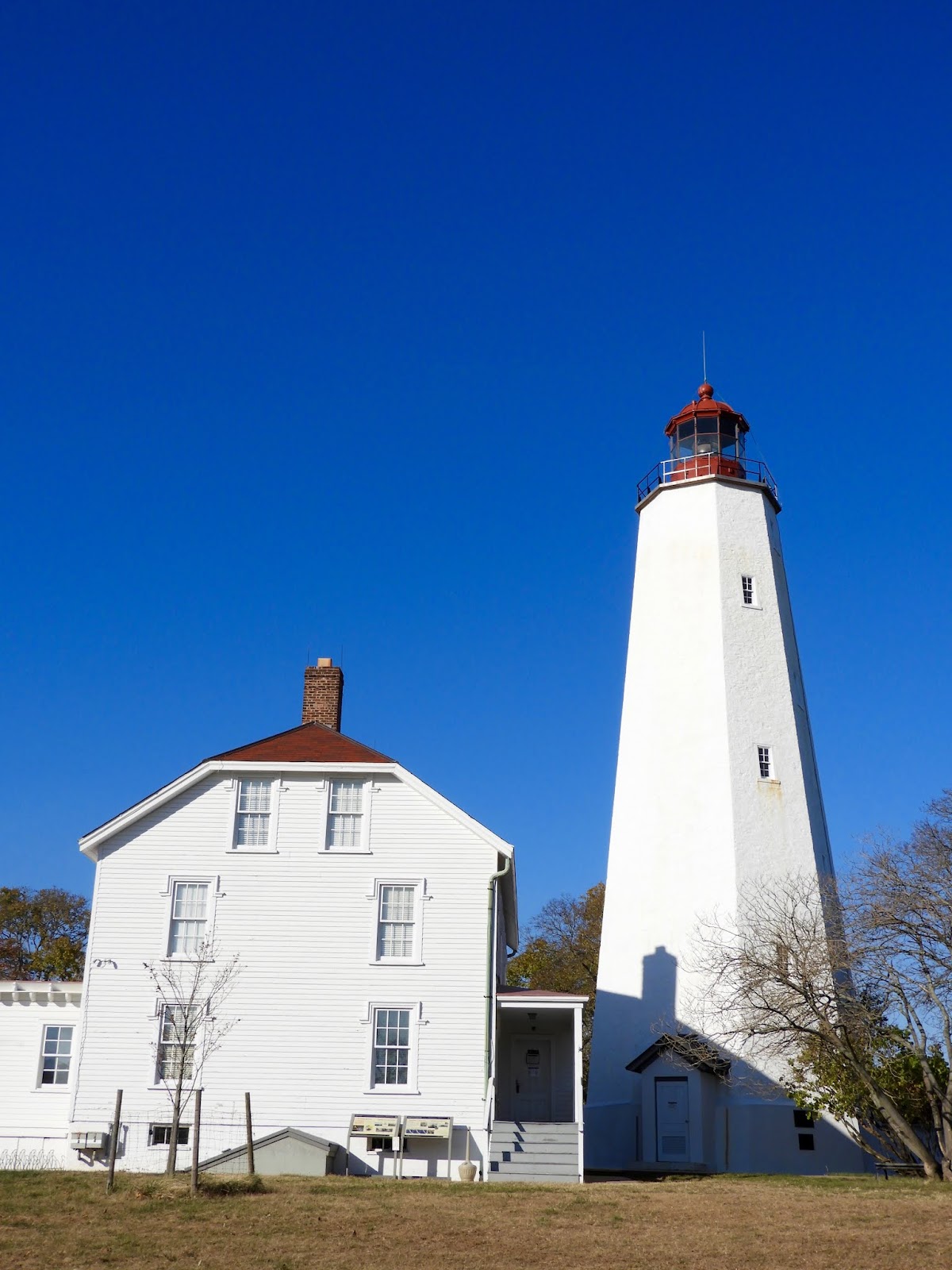 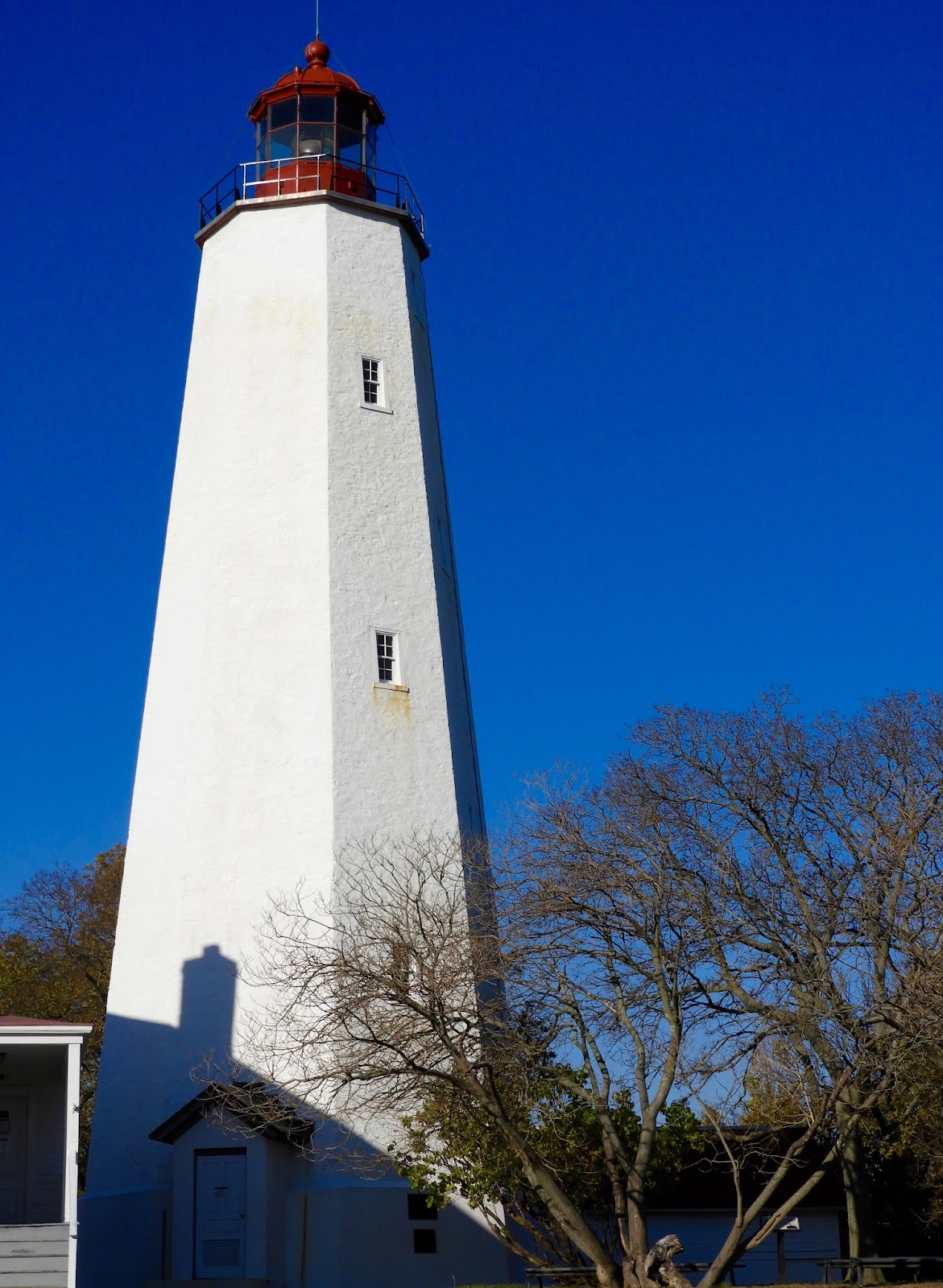 Only a short drive from the Twin Lighthouses,
this lighthouse more resembles a traditional lighthouse,
with the keepers home attached.
The Sandy Hook Lighthouse is the oldest operating lighthouse in the United States.
- how cool is that -
It is located at the northern end of the Sandy Hook Unit of the Gateway National Recreation Area.
Well preserved, the octagonal tower dates back to the 18th century,
and has been in service since 1764...
except being dark for the Civil War, Spanish American War, World War I and II
the beacon has been operating ever since.
The lighthouse is on the grounds of Fort Hancock, an unbelievable place to take pictures,
and believe me, I took a lot. I hope to share those on Friday!
- live light, spread the light, be the light -
Posted by Debbie at 9:00 AM

Debbie, I really enjoyed both of your lighthouse posts -- your pictures are great and it does look like you had a lovely day for this excursion! I'm most impressed with how much you learned and shared about how these beacons worked. You shined a light of knowledge! (I am ashamed to say that I usually get completely lost when I try to absorb anything mechanical).

Wow so pretty and that blue sky is so BRILLIANT!! I don't know which lighthouse visit I enjoyed more---yesterday's or today's!!

Now this looks a fabulous lighthouse, and thanks for the link to the information :)

It's beautiful! It looks like it was just painted. There's not a speck of dirt on it! Stunning! Linda in Kansas, (no lighthouses here...)

Gorgeous lighthouse and I love how it shows up so wonderfully against that blue sky!

I really like the blog and I hope people will have a new blog, thanks for the blog
ប្រដាល់តាមអនឡាញ

It is a beautiful lighthouse. Have your been to the Sandy Hook NRA, does it have a wildlife drive?
Happy Thanksgiving to you and your family!

Another beautiful lighthouse. Have a good day.

Hello Debbie,:=) Another sensational historical Lighthouse. Really well preserved too, and I can hardly believe it's so old, and still in use. Thanks for sharing everything about it, and your very beautiful images.

That's a fantastic lighthouse! Very cool to be the oldest still in operation!