Hot Donuts At The Inlet

Sunday mornings have changed lately...
a ride in the car, hot donuts at the inlet, a new tradition has been born.
One of those traditions where it just doesn't feel right to do things differently. 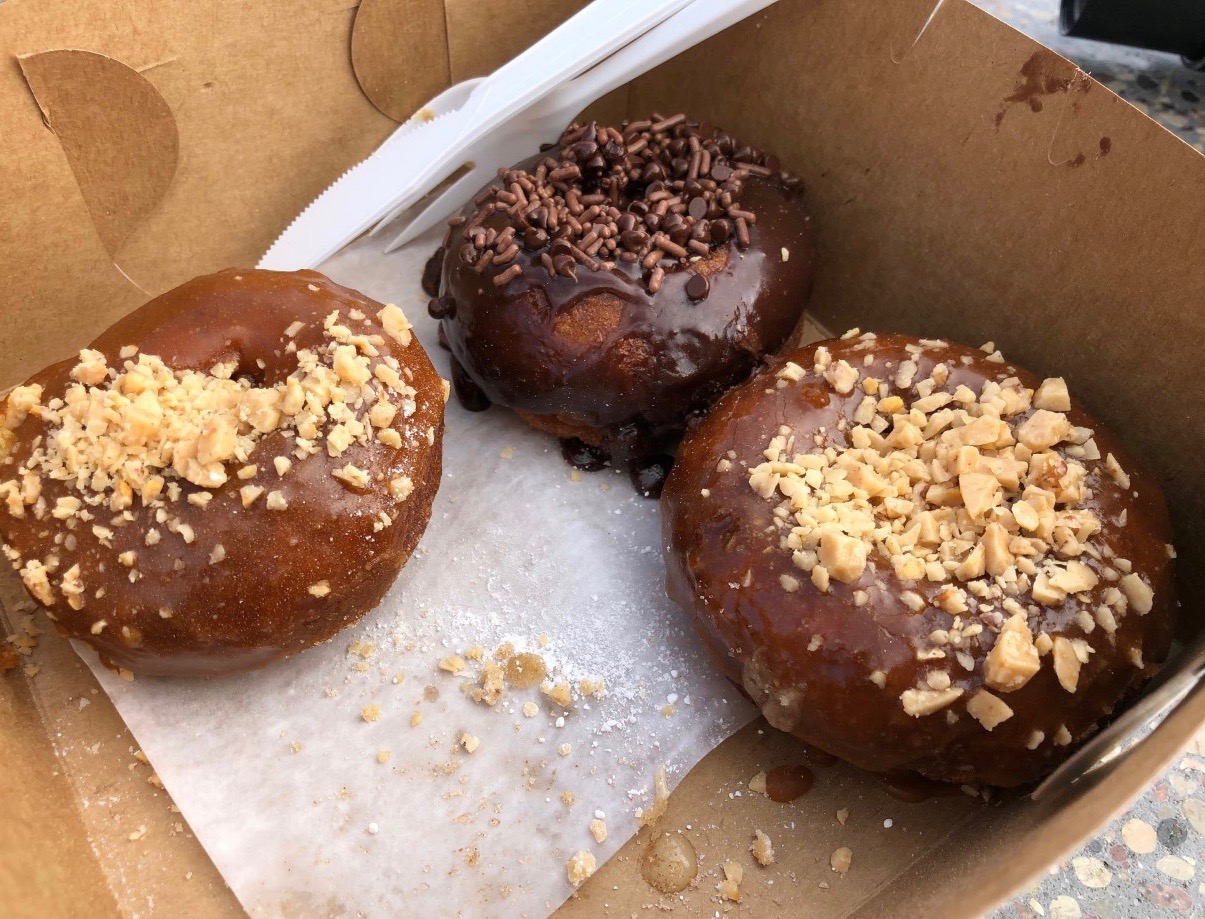 Hot donuts from Top That Donuts...
Prepared right before your eyes, there is no chance of COVID19 surviving that fry!
I switched things up this time with
2 Aunt Betty's,
Caramel Glaze with Butter Crunch Pieces 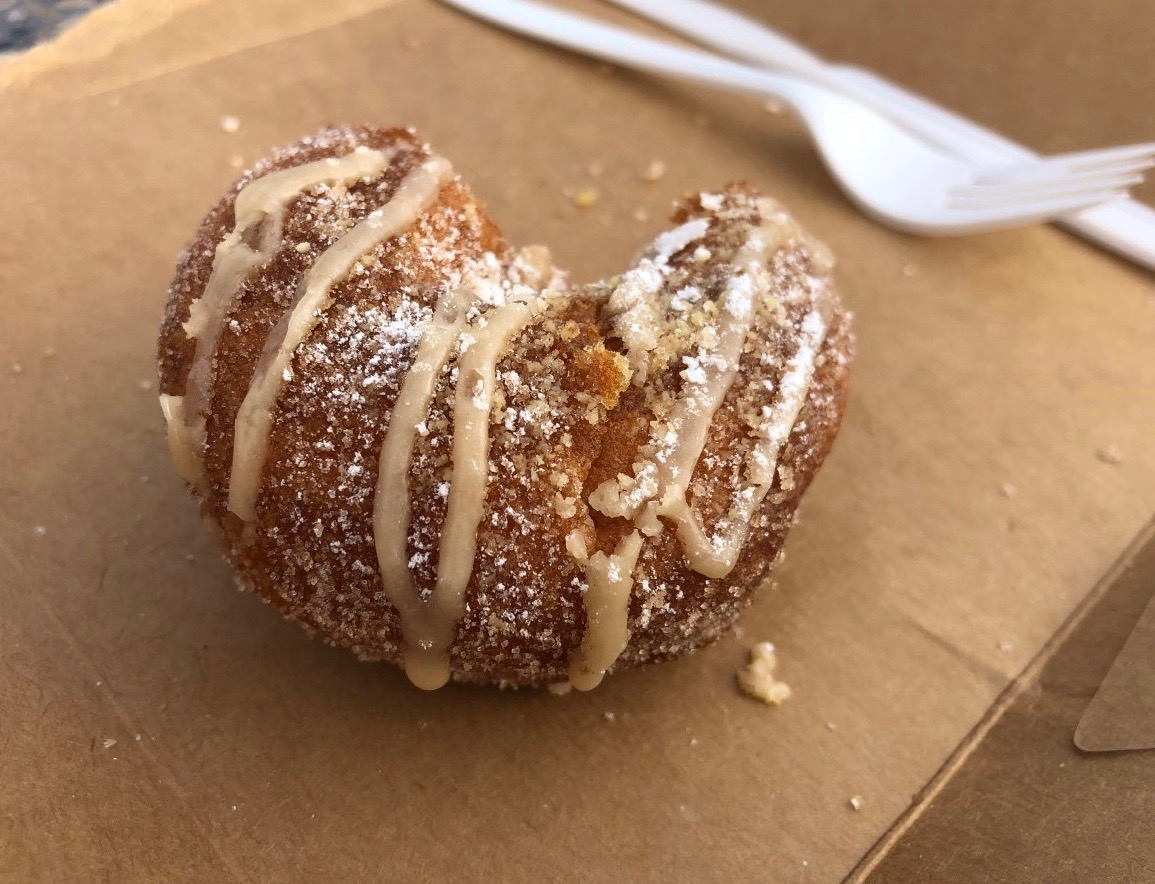 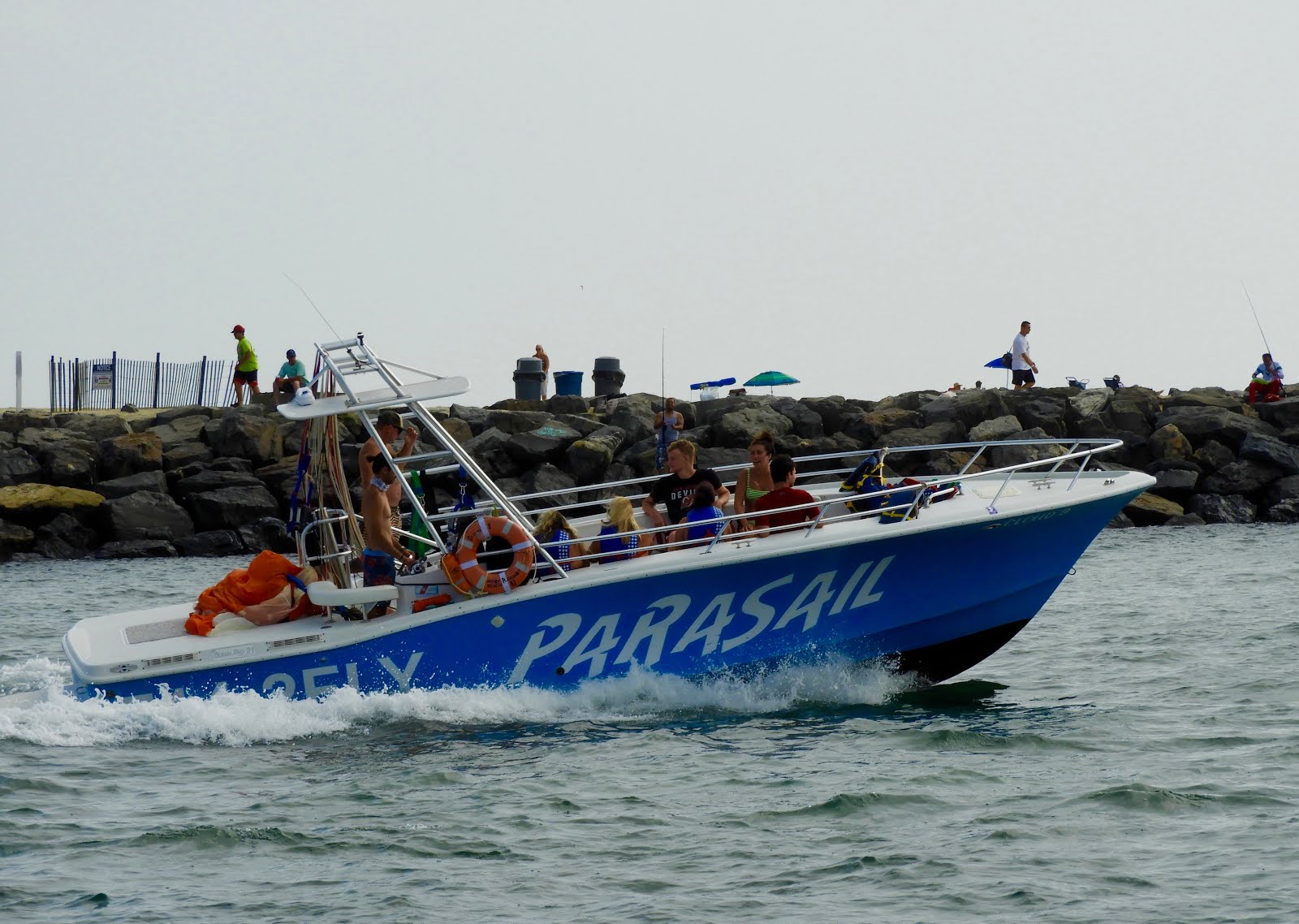 This is the Parasail boat going out, with lots of people on board.
"That's something we could do, I'll add that to our bucket list" I said,
The hubs replied, "over my dead body"!
I'll have to work on him...I "can" get him to do that!
I know I can! 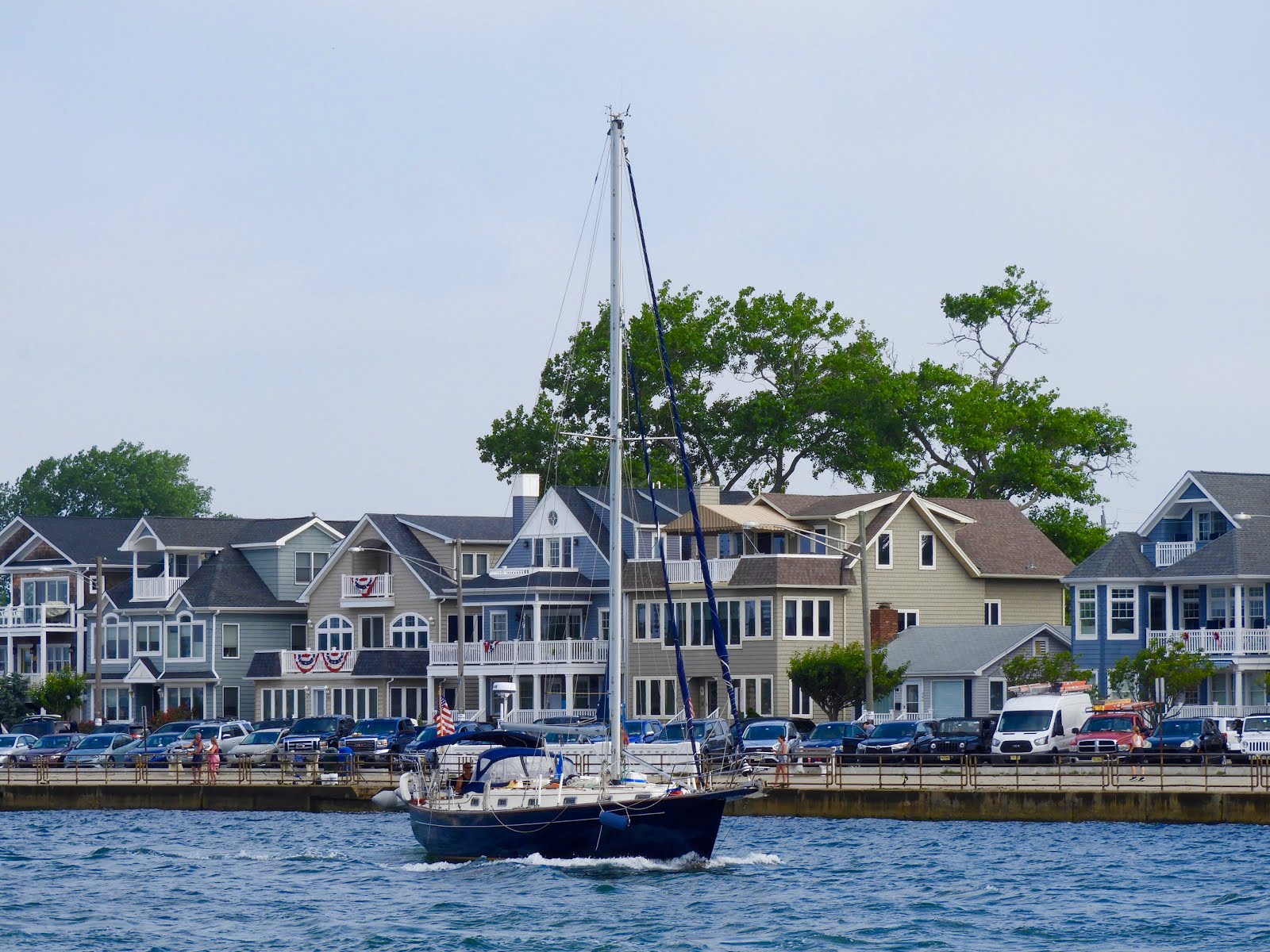 Most of the other boats I saw were the same as last Sunday! 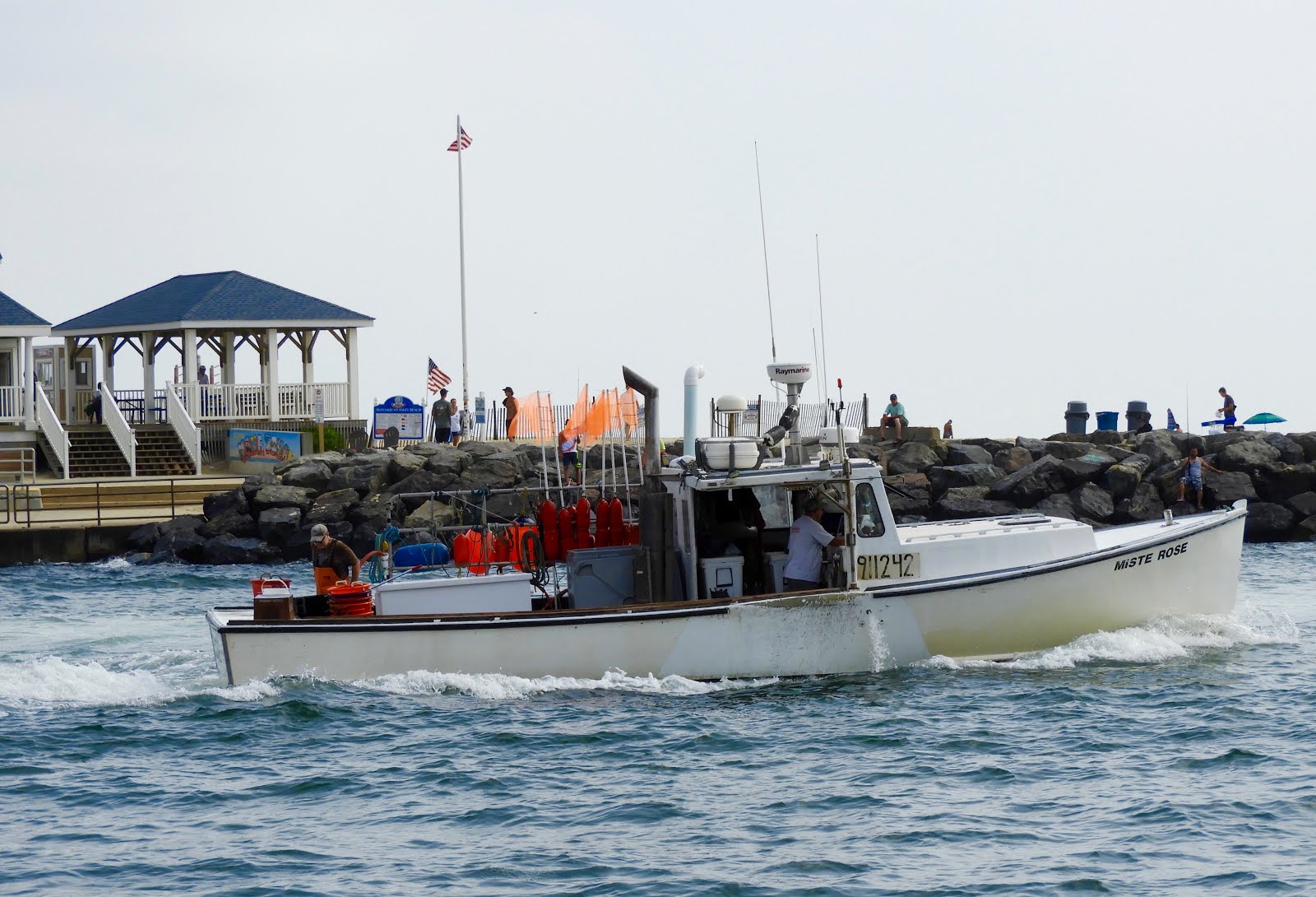 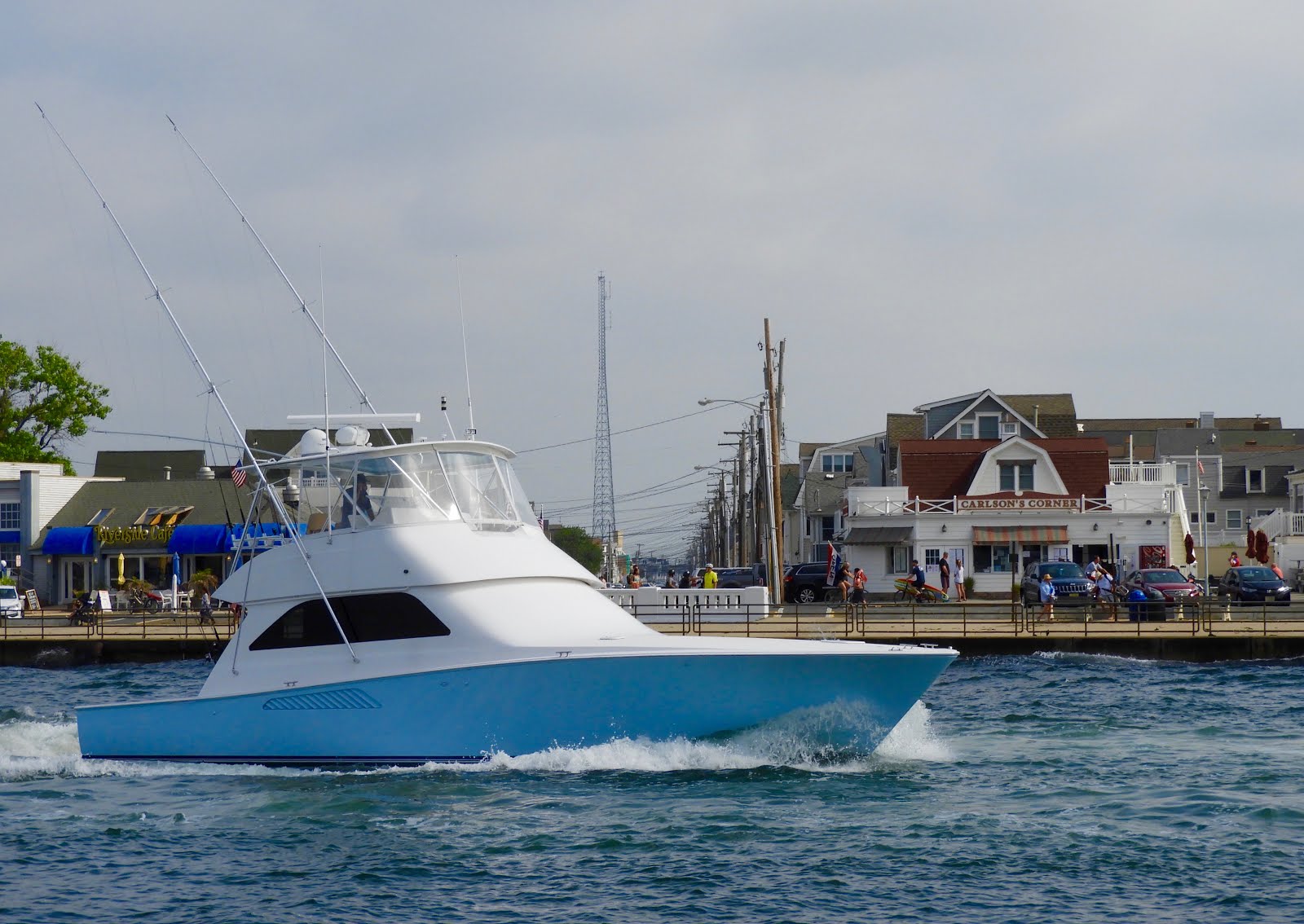 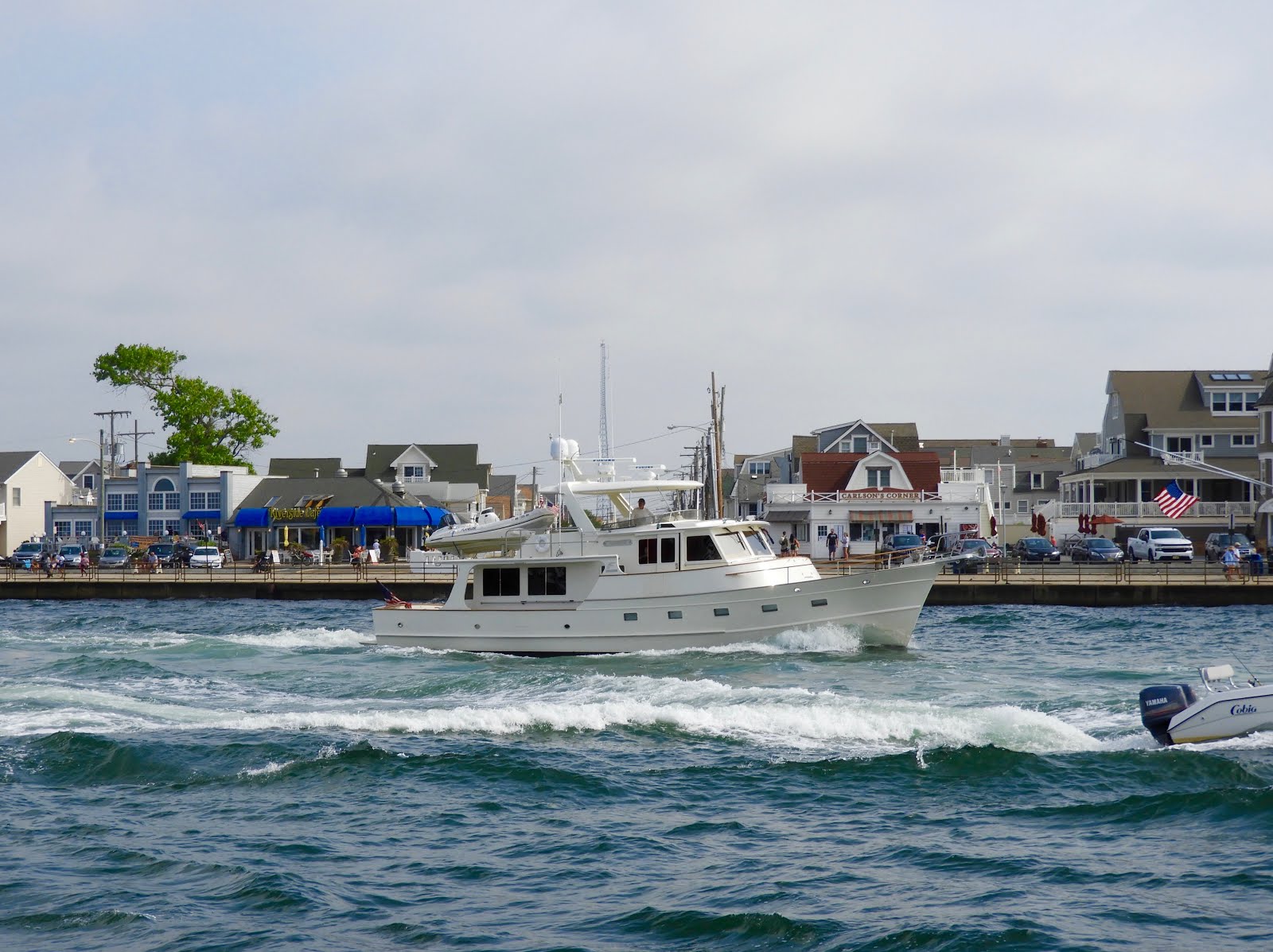 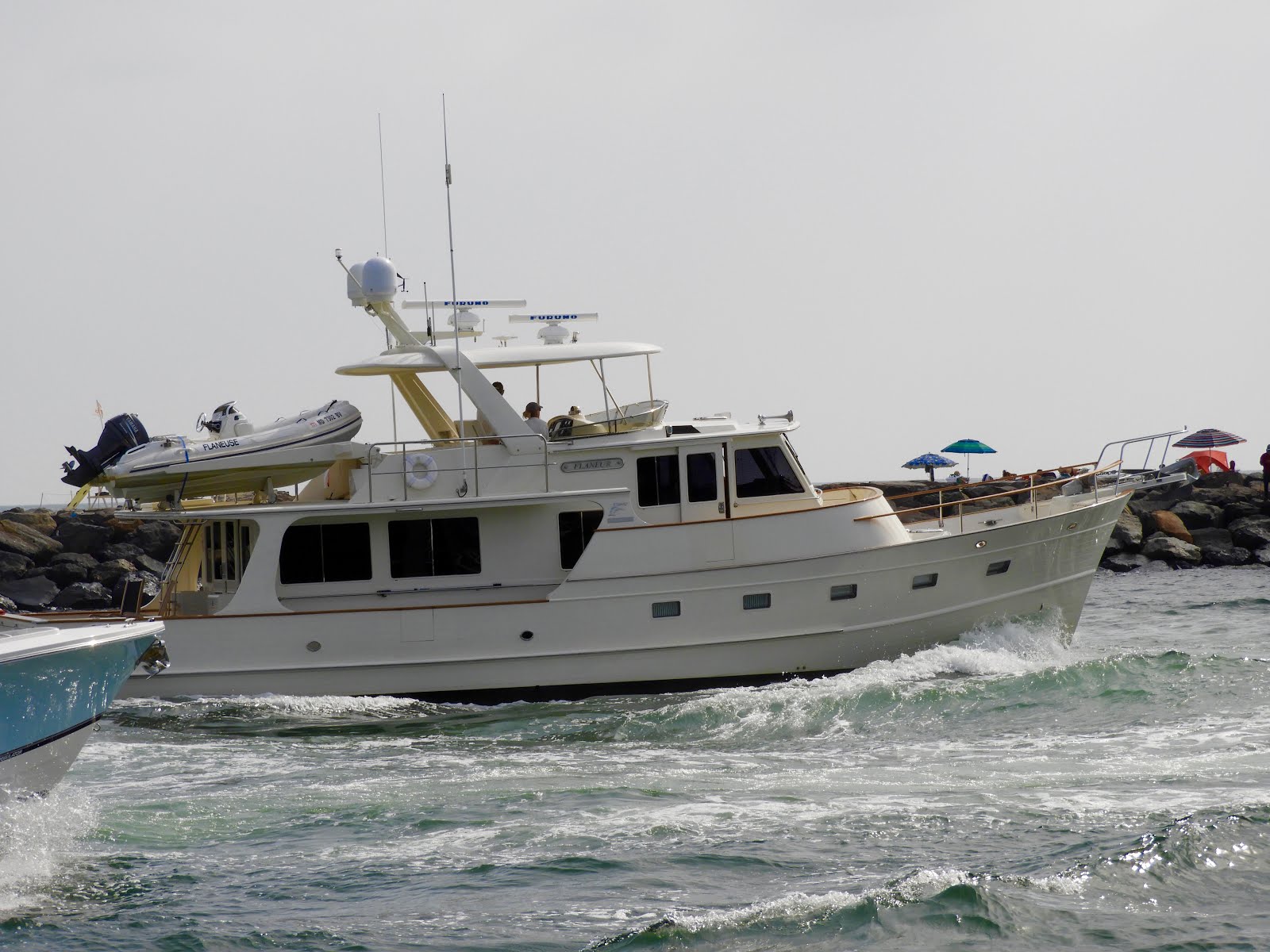 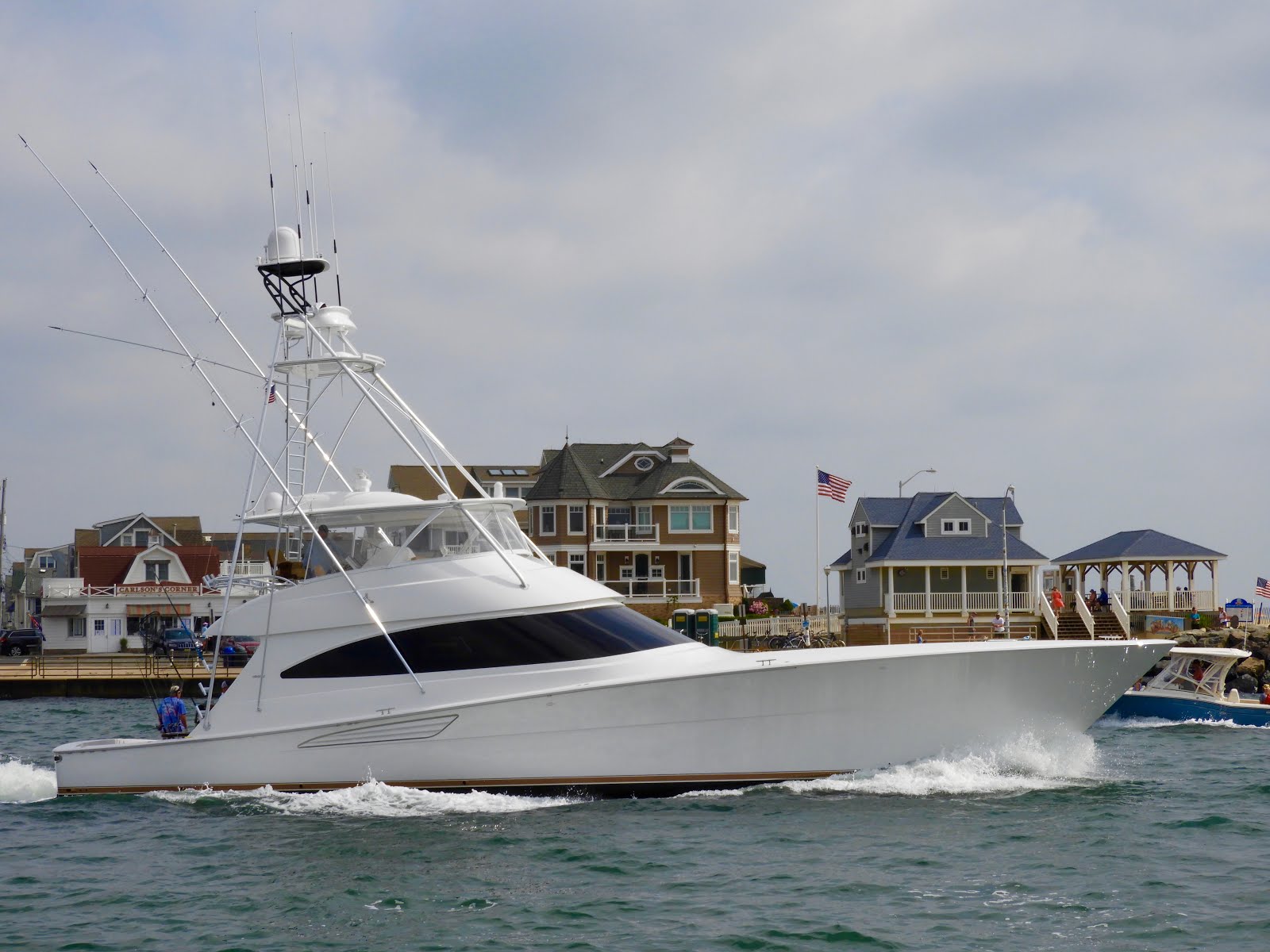 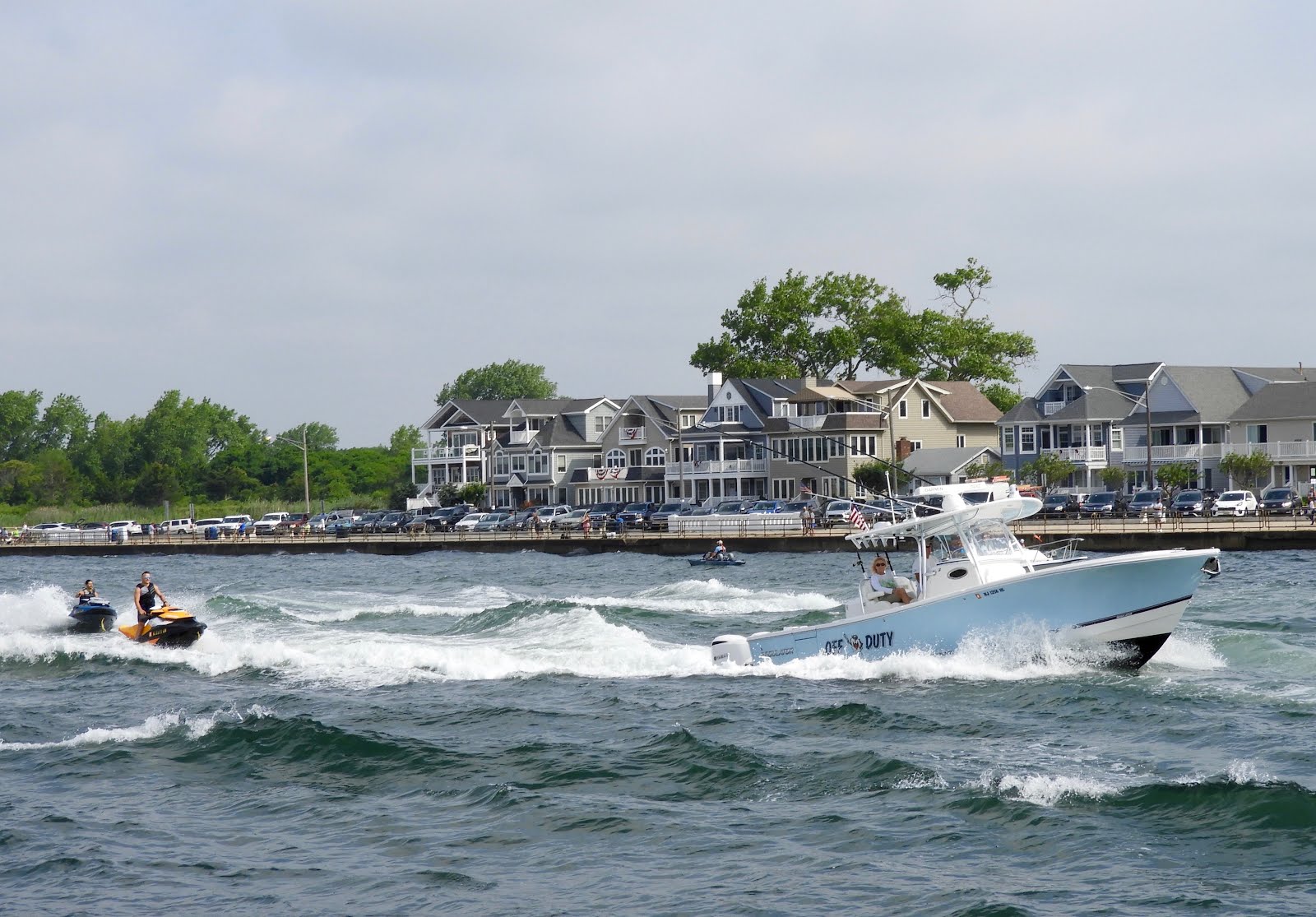 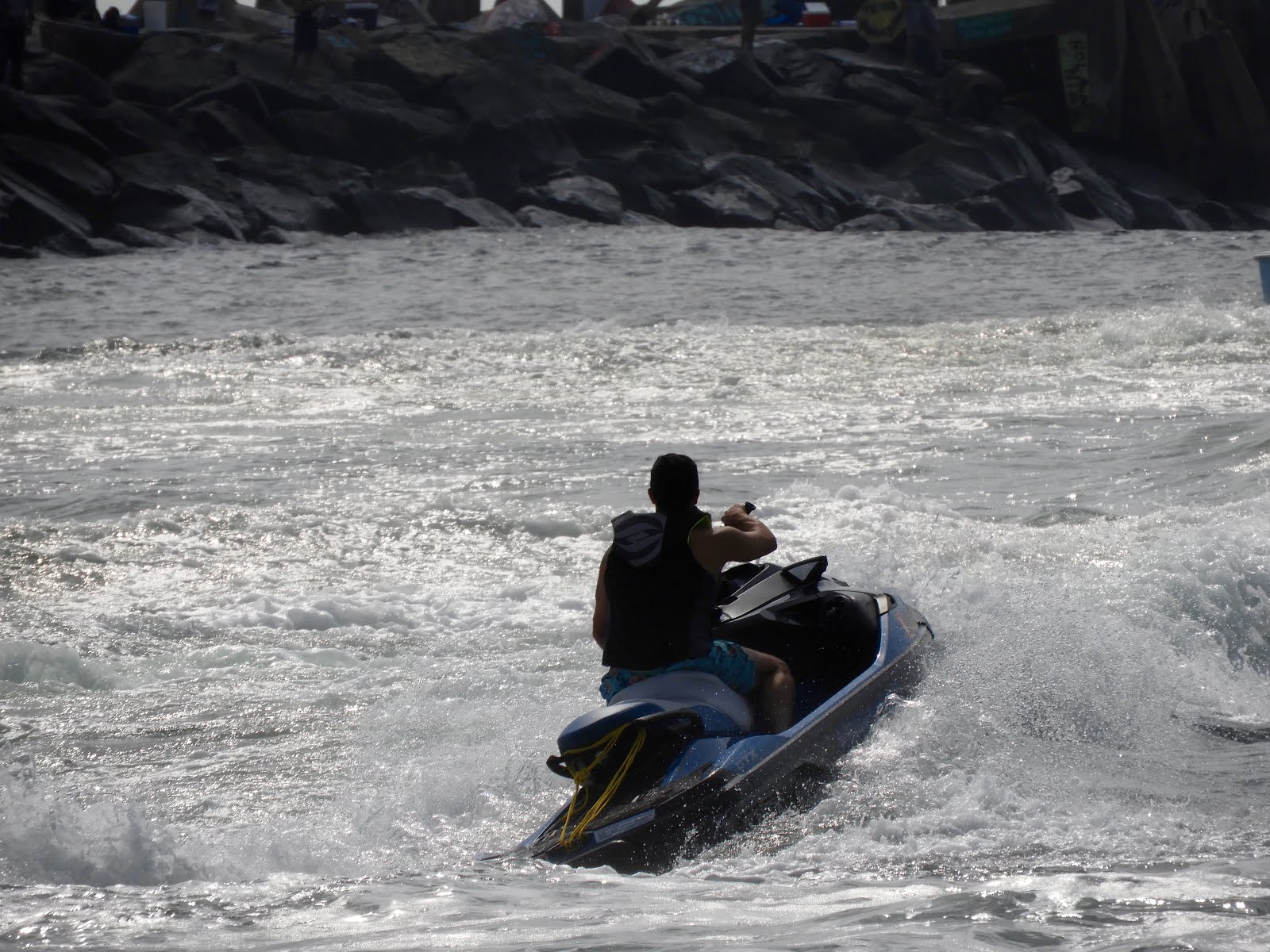 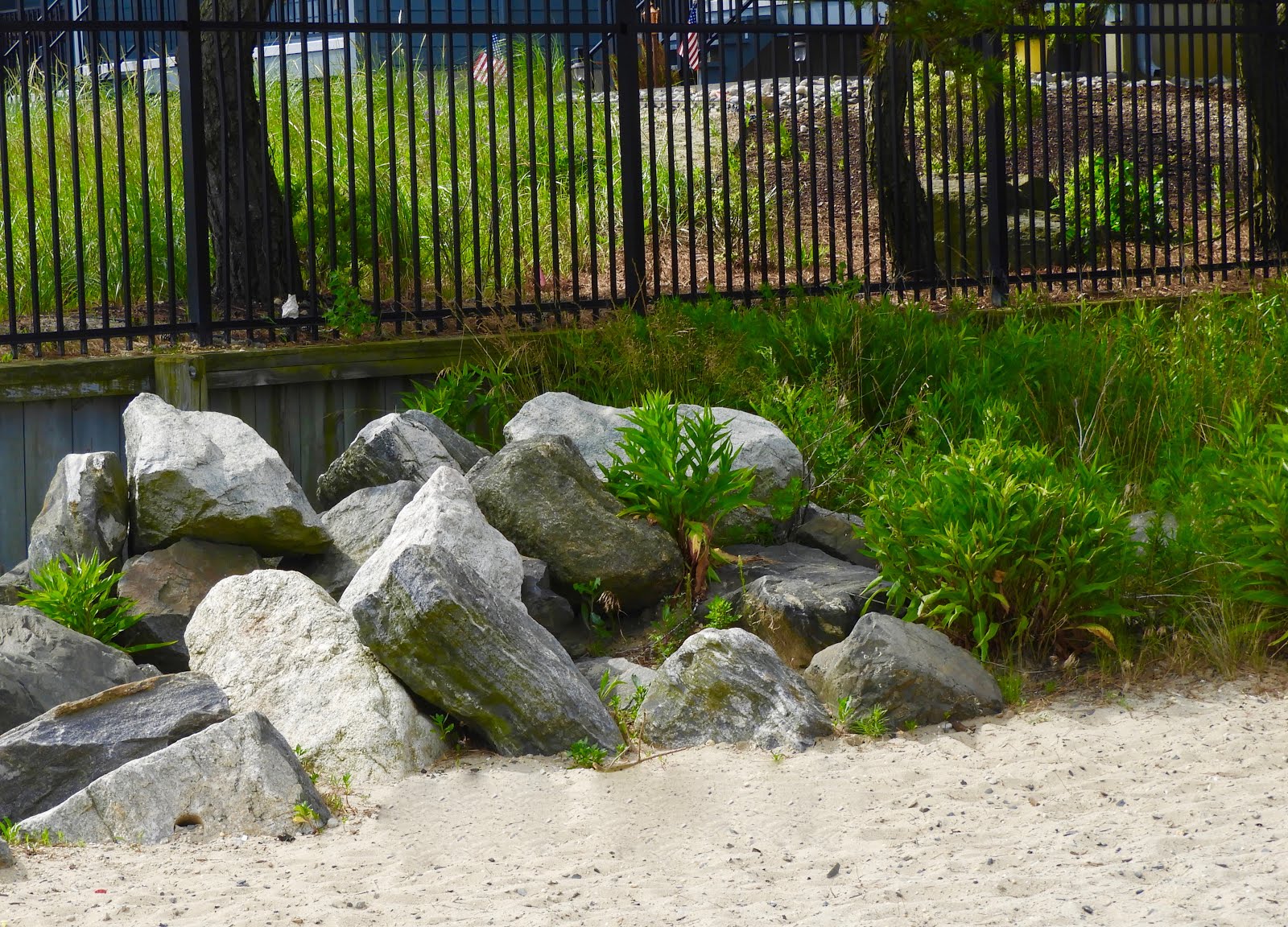 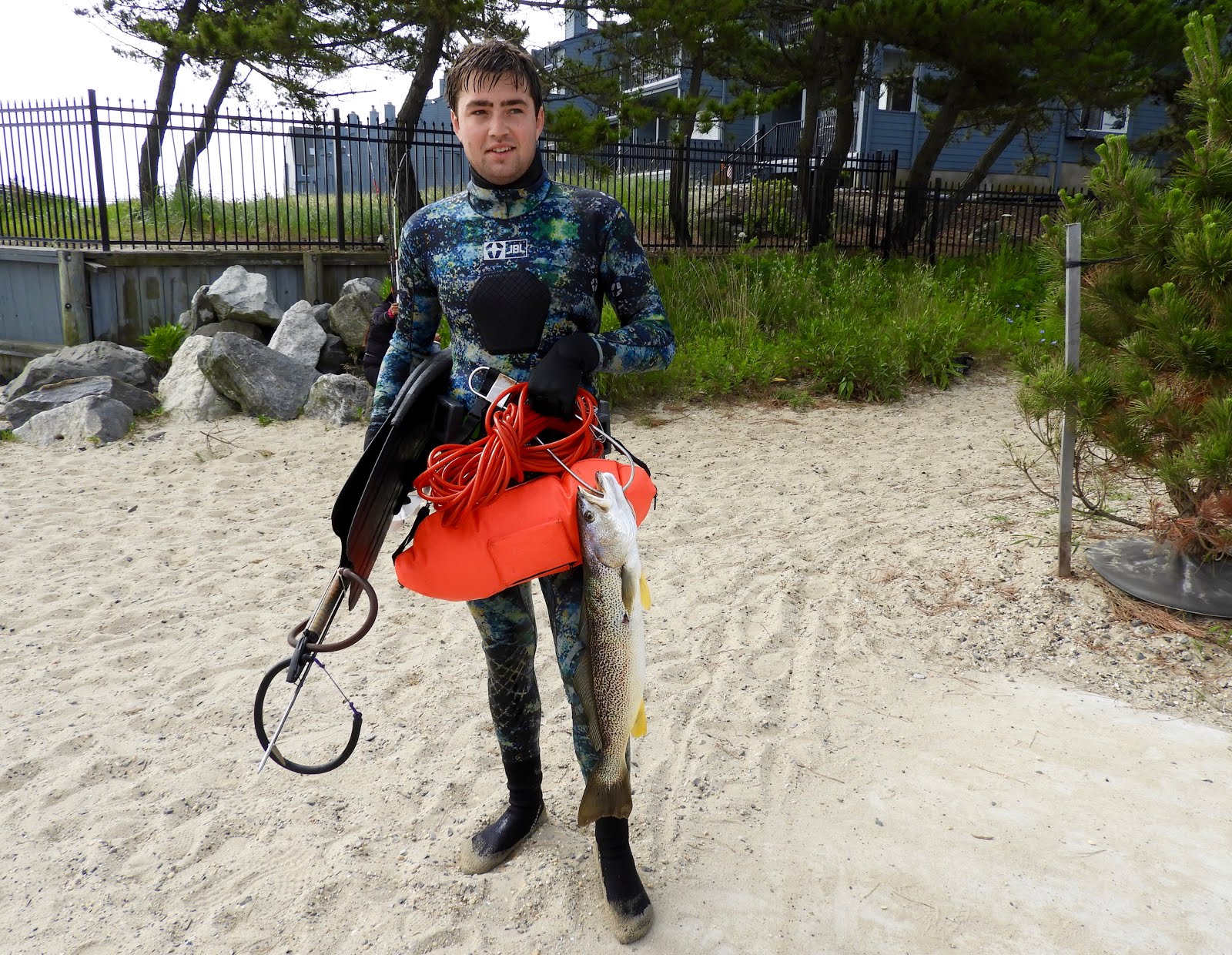 Then we met James, well me really... 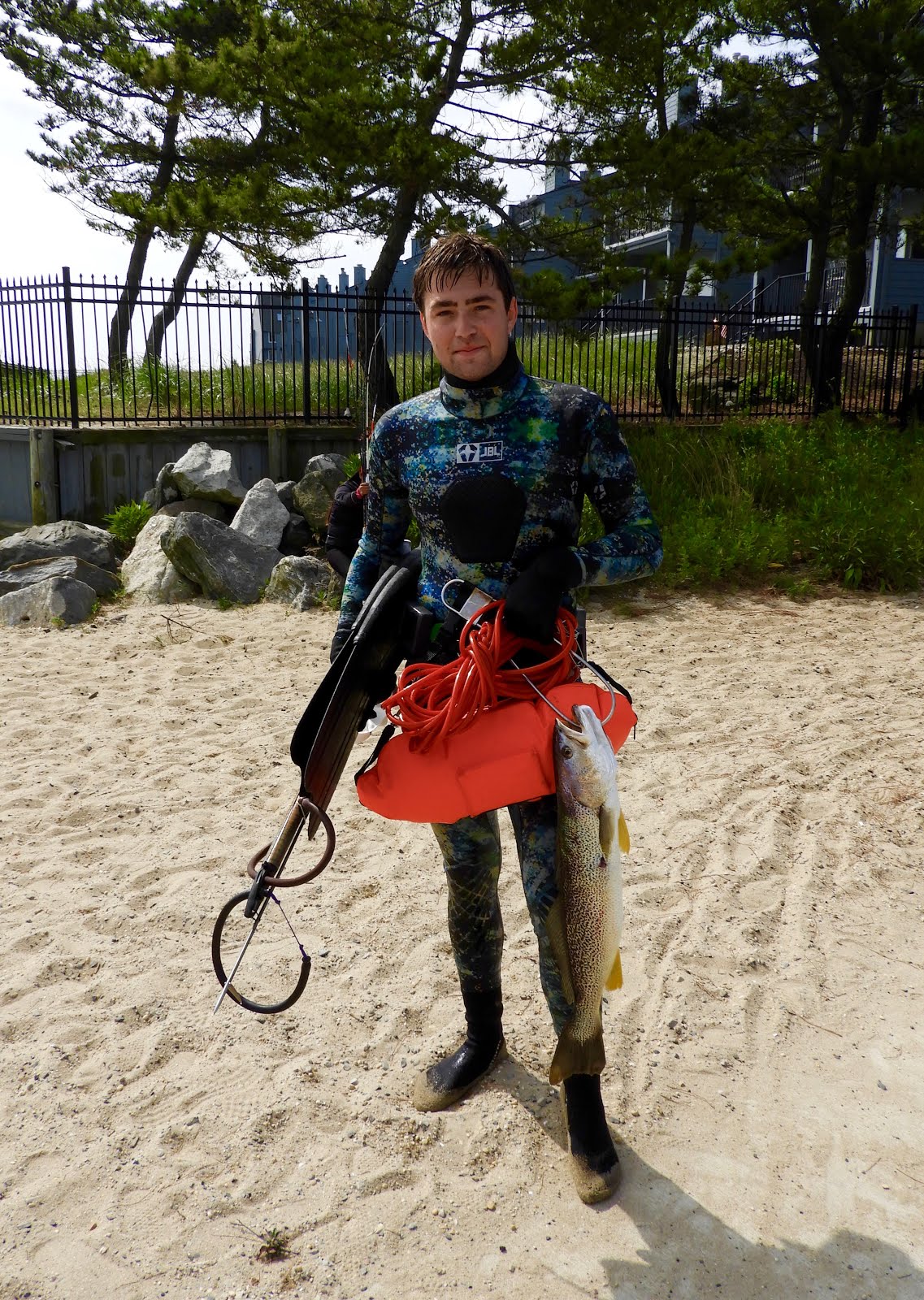 James was so super nice, I have to say I meet the nicest people.
Do you see that huge fish he caught?
That is a "Weak Mouth Fish" and yes he is going to eat it,
he said they are delicious.
He wanted to know the name of my blog,
he said he was going to look it up.
I hope he did, so he knows
I'm not a crazy lady,
running around taking pictures of strangers.
I am a photographer looking for stories of interest.
* hehehehehe *
He does not know me, so lets just have him think I am normal.
Thanks James, you were such a sport!!

Another day in the books but there is more to this one.
- stay tuned -

Hi Debbie, I was going to say, Hi crazy lady.. I just wanted you to laugh. That James is a cute person too. To be nice and cute...oh youth. Hope his fish dinner was good. I did a parasail in Cancun once. It was exciting. But not as exciting as helicopter rides. Donuts a new way of life. LOL Oh you are killing me . I really would love a fresh donut. Blessings, xoxo, Susie

What a great story of James and I hope he does look you up. I guess that one boat of people is not adhering to social distancing. It is still be encouraged here in my state. I can't remember the last time I ate a donut. When I was pregnant many moons ago I craved them.

Your donuts look delicious, I wish I had one to eat right now. Wonderful collection of boats and photos. James did catch a big fish, he looks like a nice person. Have a great day!

Those donuts look so yummy, but not allowed on my diet. I do crave them! James is all geared up, that's a wicked looking spear gun!

The donuts are a great, tradition though I am not a big fan I could manage one.

I like the way you meet people with such interesting stories. I’d rather eat the fish than the donut (that is how you know I’m really old, in case you didn’t already). Also probably because of that same reason, I hope your husband wins that argument.

Those donuts look so good.

You continue to be such a delight in my life. I love your humor. My mouth is watering over the donuts and I would choose the chocolate one. The photos of the boats are beautiful. The water looks amazing. I love how you meet people and James looked like a good one to meet. I hope he looks you up too.
Blessings and hugs!

Debbie - those donuts sure make my mouth water, and adding in that they are still "hot" - melt in your mouth, I bet! Today I was thinking about something slightly less decadent, a Blizzard from Dairy Queen - it screams summer to me, and since summer is short in Montana, I should enjoy one soon! I know you are not a crazy lady, but if it works to get cool pictures of "James", I say 'Work it, baby'!

Those do look yummy, all I have to do is look at one and I gain a pound, so I haven't had donuts in quite some time :)
Wow he caught a big fish, we won't let him know about you, LOL!
I am sure he went home and said I met the nicest lady today!

The donuts look fantastic! I would just want some cold milk to go with them. Good to see the boats...I always like it when you can photograph them. I have to agree with James - fresh fish is delicious! I like it better than the store stuff.

Haven't had a donut for ages, they do look good.
So nice to see the boats.

Yes, that is a good size fish James caught great photograph of him with his catch!