Dinner at the Beach...

Have you ever eaten a burrito??
I think most people have but until recently,
I was a "burrito virgin".

I don't "love" beans, I eat them but there is something about
the texture that I just can't get past.
If someone asks me, I say I don't like beans.
While my sister was visiting earlier this month, my brother
decided he was going to drive to
10th Avenue Burrito
and bring home burritos and chips.
He said it was a 10 minute drive but I have driven that drive
many times in to Belmar and it's a 1/2 hour, each way.
But there is no correcting or arguing with my brother,
he took my sister and off they went.

After about an hour, they arrived home and I fell in love.
A few nights later, I wanted to introduce the hubs to burritos,
so back to Belmar we went, we picked up burritos,
and picnicked on the boardwalk nearby.

The burrito was not as good as the first one,
"doesn't it always seem to go that way"...
but the sky was amazing!! 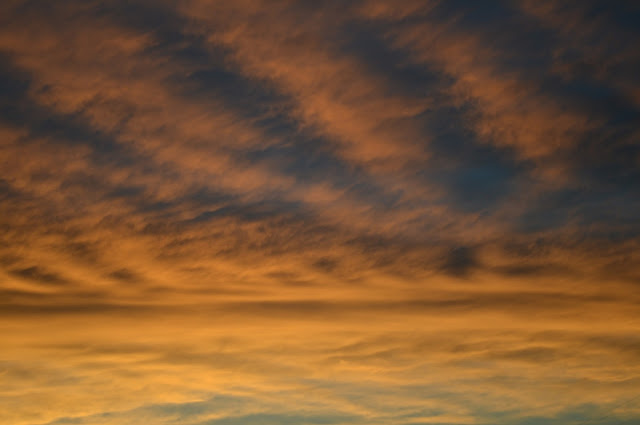 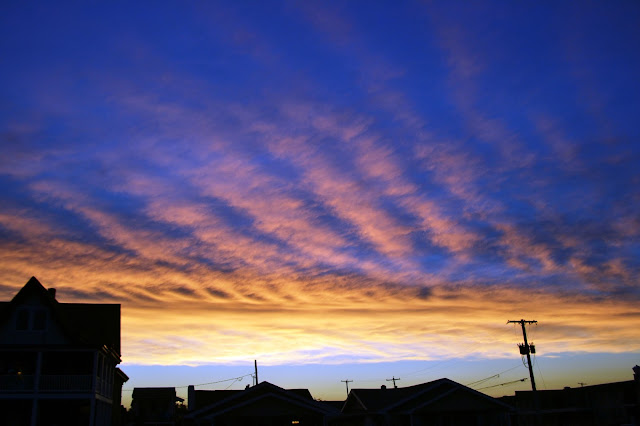 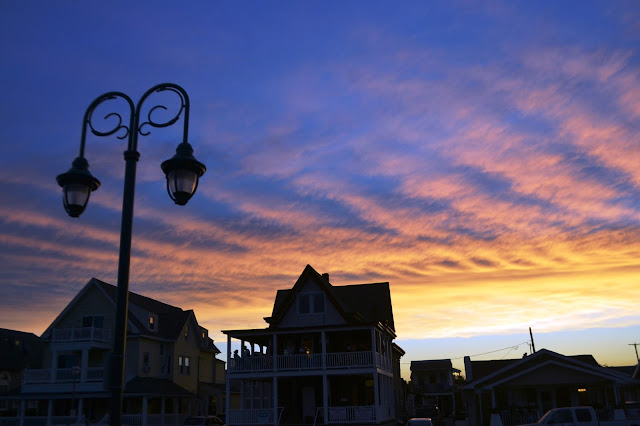 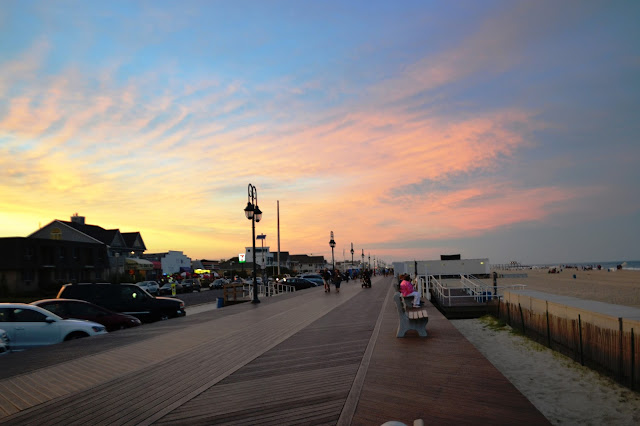 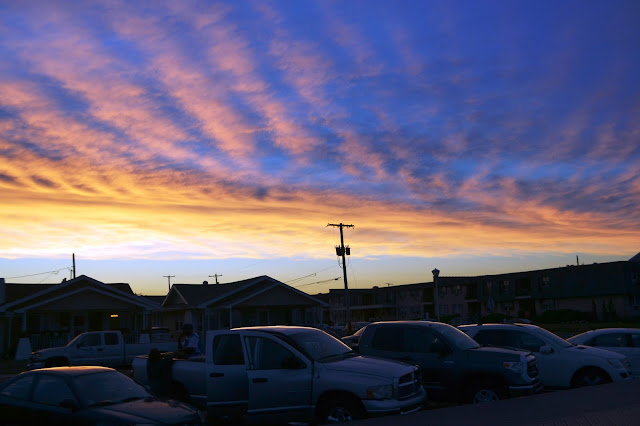 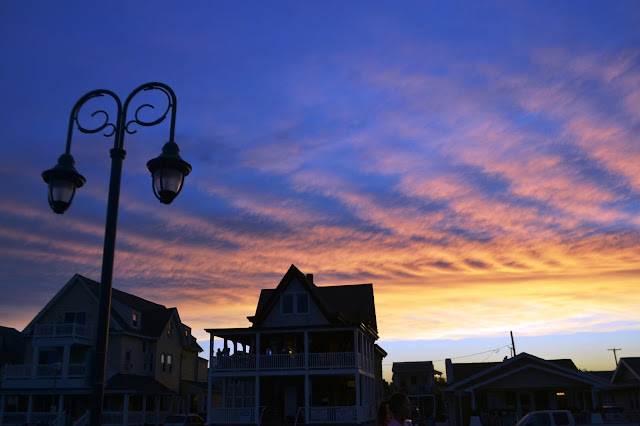 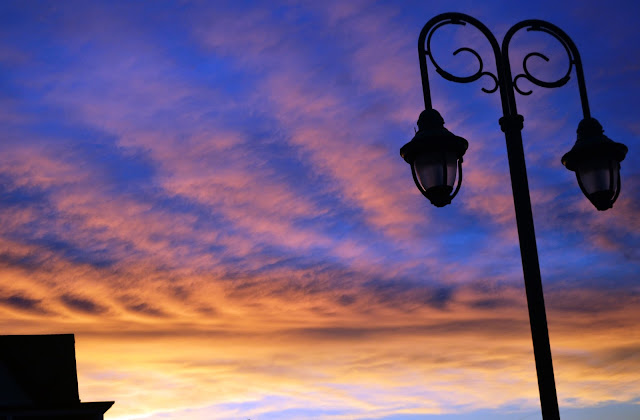 I forgot to take a picture of the food, next time!!
It was a beautiful night and I was so glad we "took the ride"!!

Hello, Debbie. I love burritos and Mexican food. I just introduced my hubby to beans too. Your sky shots are just amazing, beautiful colors. Lovely post, enjoy your day!

I don't eat much Mexican food but on the rare occasion that I do I enjoy it. Your pictures are great.

Hi Debbie! A very romantic setting for beans but I bet you did enjoy the evening and the food!

Such beautiful photos, Debbie. The sky was just waiting for you to take pics. :)

Not a Mexican food fan here; about the only thing I like is taco salad. Now, I am enjoying the bean soups I've been making in the crock pot.

Oh, that sky is gorgeous! I'm not a fan of any Mexican food, and I don't think I'd like burritos. But maybe I'll give them a try.

What beautiful skies ... would completely take my mind off food!

I love Mexican food, but burritos aren't my favorite! So glad you were able to captures such a gorgeous sky!

that changing sky is MAGNIFICENT Debbie

the sky is gorgeous! made up for the 'not-quite-as-good'. :)

I am a huge lover of Mexican food. You took some beautiful photos!

I love Mexican food and especially burritos; so you got my attention there. However, the photos are breathtaking. I am of course thinking immediately of how I can use them. Just amazing! Thanks you dear friend for the lovely photos you take that make me smile every time I come to your blog.
Blessings and hugs~

So they must have been good enough the second time to make you want to go for a third! We here in Oregon are lucky to have several great burrito places. We like the ones they call wet burritos... Meaning lots of yummy sauce and must use fork.

Oh and the sunsets are beautiful, but I'm hungry right now and there are priorities)))!

So pretty. I love the colors of that sky. Really? We live on those things. I am glad you found a good place. In fact that was tonight's dinner. :)

Had my own first burrito a couple of weeks ago. that is a great sky!

I have not heard about burrito. Waiting for a pic of it. Beautiful sky shots...

Yes, they're delicious, but the wandering about these photos even better!

Love those skies! And happy birthday to your baby :O]

Yep I've had Burrito's before. We get one at a place called The Worm Ranch (no they aren't made of worms) and now they have another place, Dora's Deli that serves the same thing. - They make beef or chicken burritos and spread them with beans and add sliced avocado and lettuce, tomatoes. So yummy.
Which by the way I'm "shocked" that you didn't get pictures of the food but thrilled with your lovely sunset, especially that last shot.

I feel the same way about the beans, the texture is just so weird, when I can I ask for no beans. Isn't that the way it goes, the second time around, maybe you were more hungry that first time :) I know it really depends on the cook a lot of the time.
Wow did you ever capture the most beautiful sky that night, awesome colors and texture in those clouds!!!