Every story has a story...
We were out and about on Friday, breakfast at Marigold was up first.
More on that meal tomorrow.
After we ate, we had a few "serious" errands to run, you know, work related.
I came for the ride with the promise of breakfast,
and the thought of knowing I would keep the hubs company during his boring running around.
Driving on a road we drive on all the time,
passing an unassuming building we pass all the time...the hubs saw it.
The garage door was open, and inside...classic cars for as far as the eyes could see.

He didn't have to be asked,
he knew he was going to spin the car around.
It meant we would be late for an appointment but he didn't seem to care,
he was interested too!!

Well folks, that building was filled with a treasure trove of cars, classic cars and epic stories.
Look what we found... 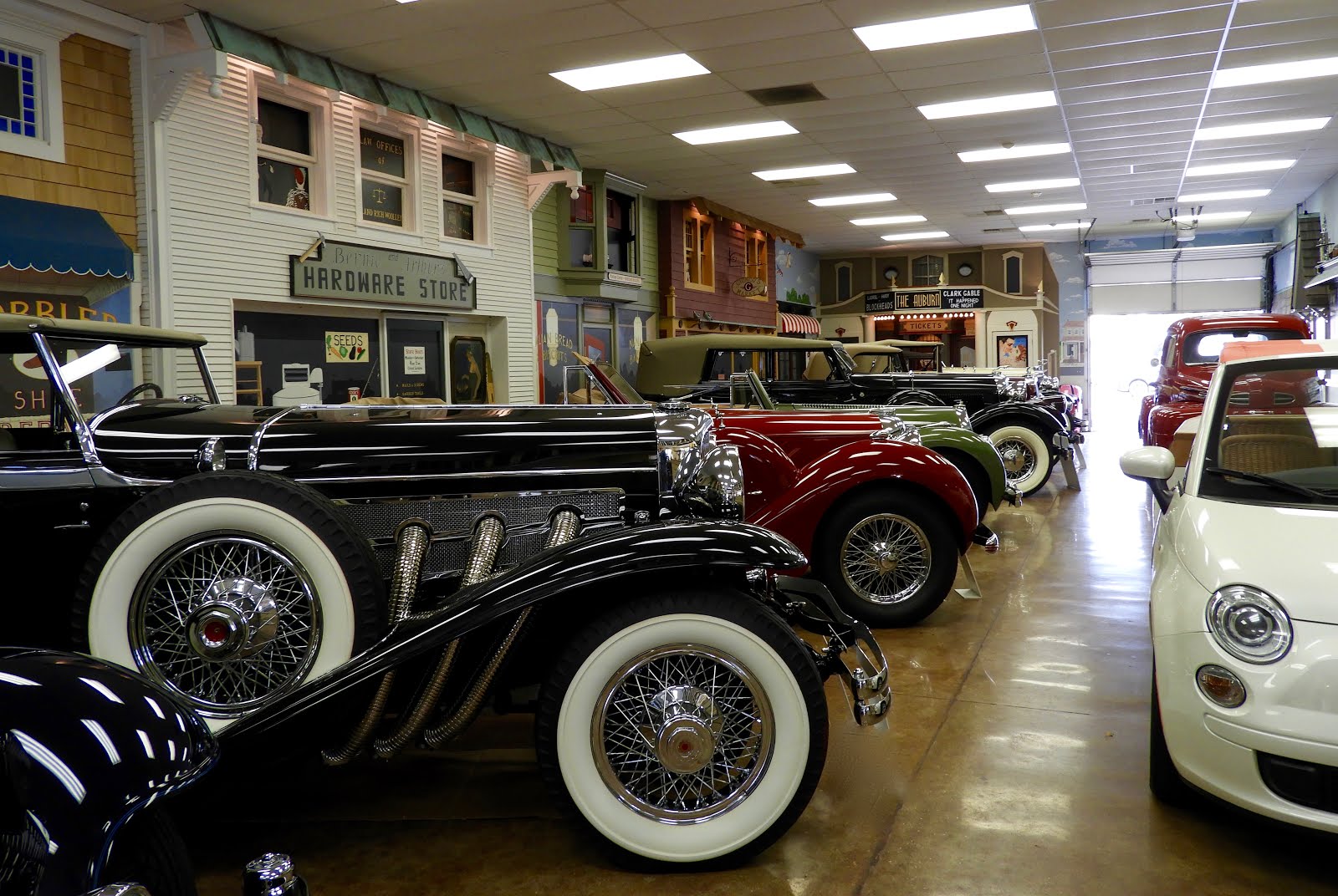 The store fronts constructed behind the cars have significant meaning to the car in front of it.
The mechanic was on site working, he took us around and explained all the details to us. 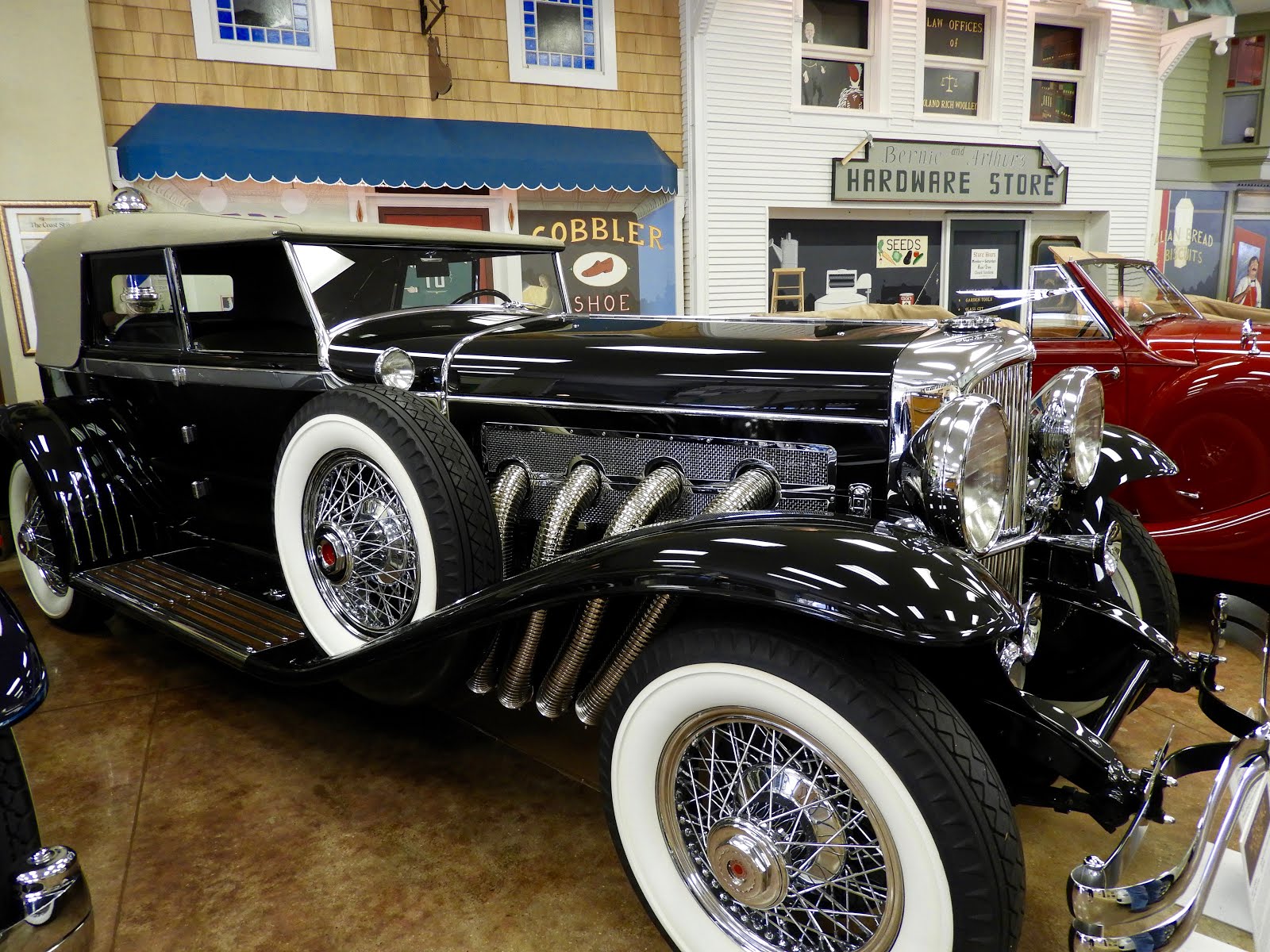 1929 Duisenberg J. Convertible Sedan by Murphy,
this vehicle is valued at 2.5 million dollars. 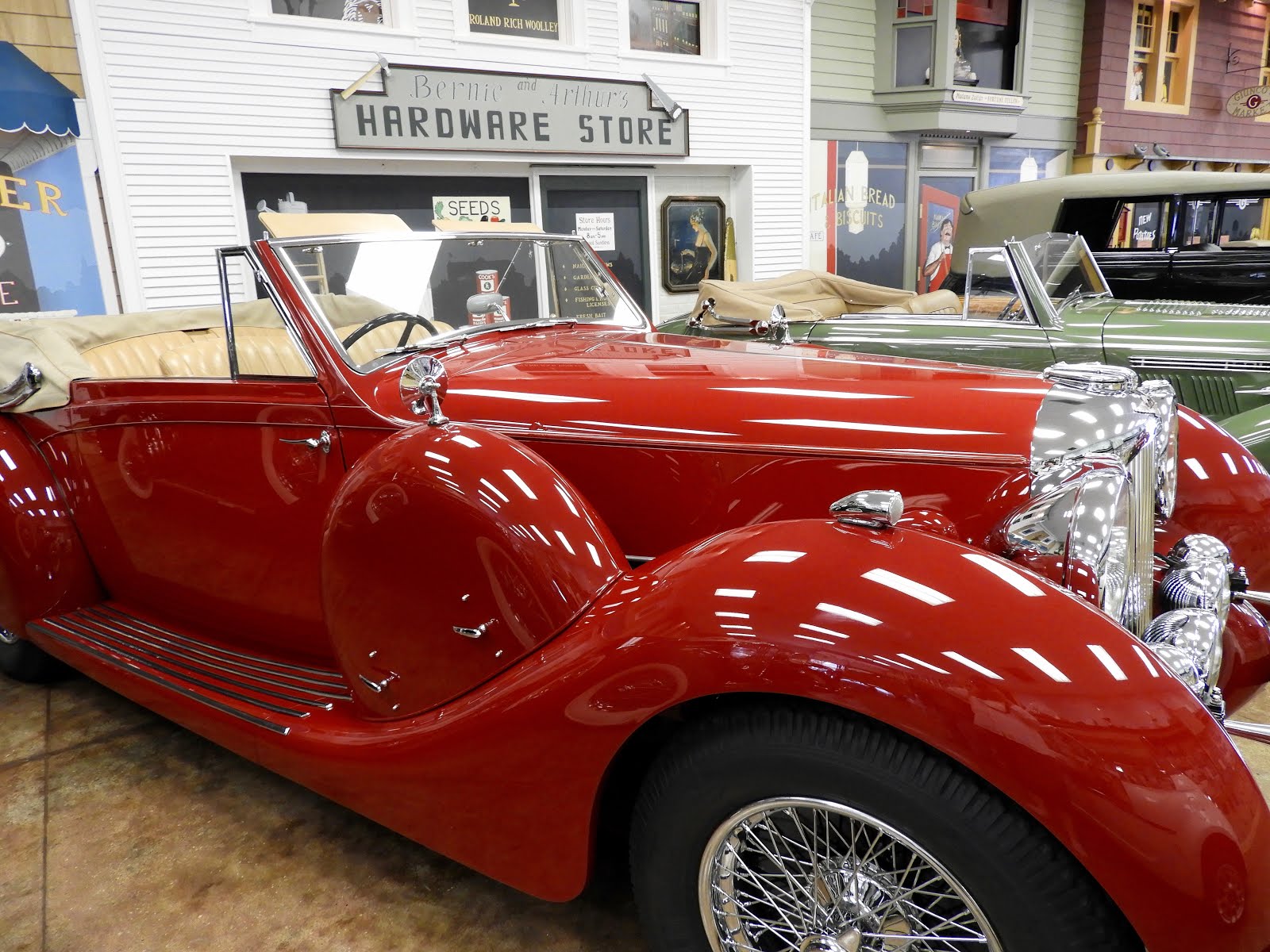 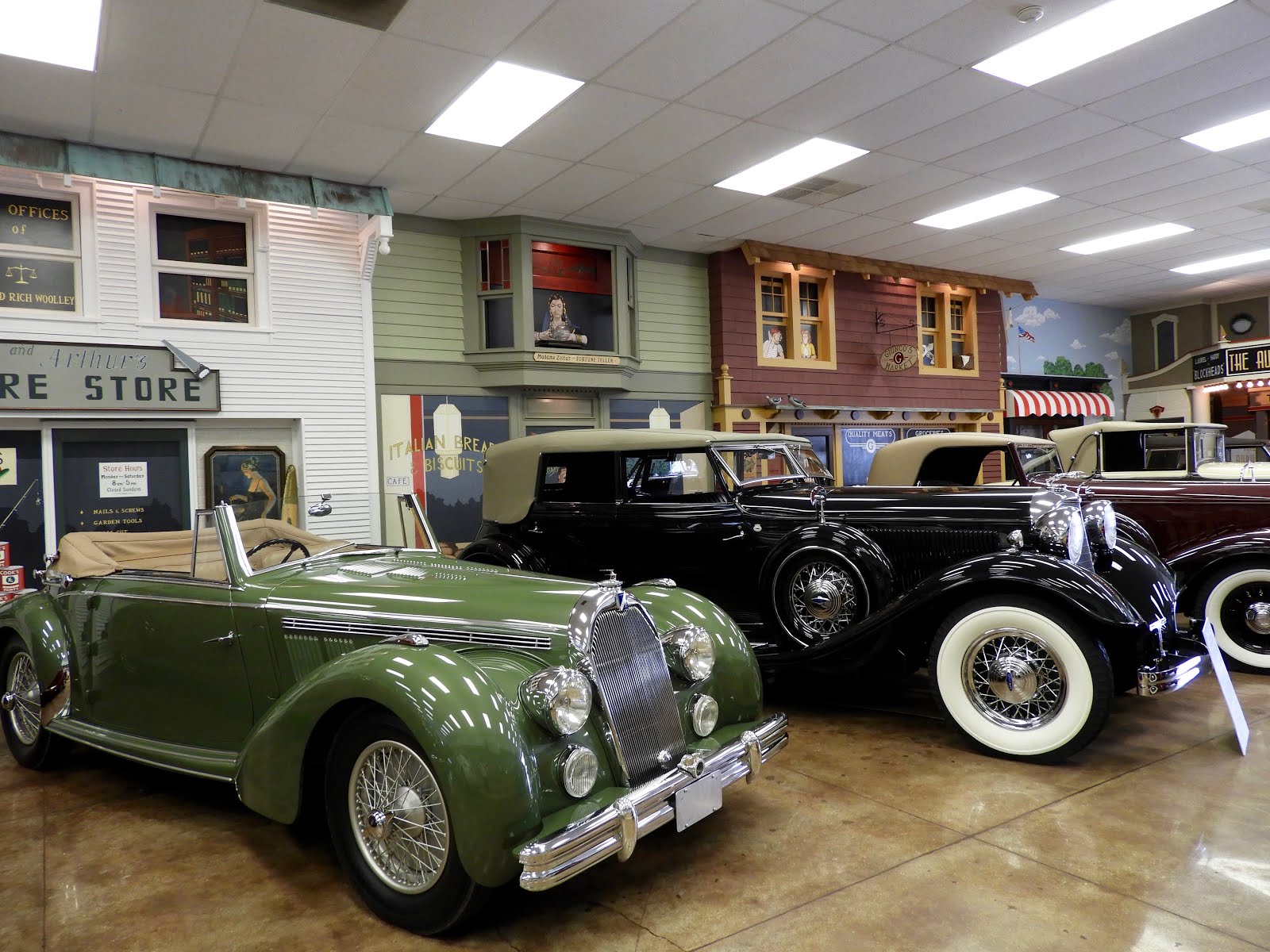 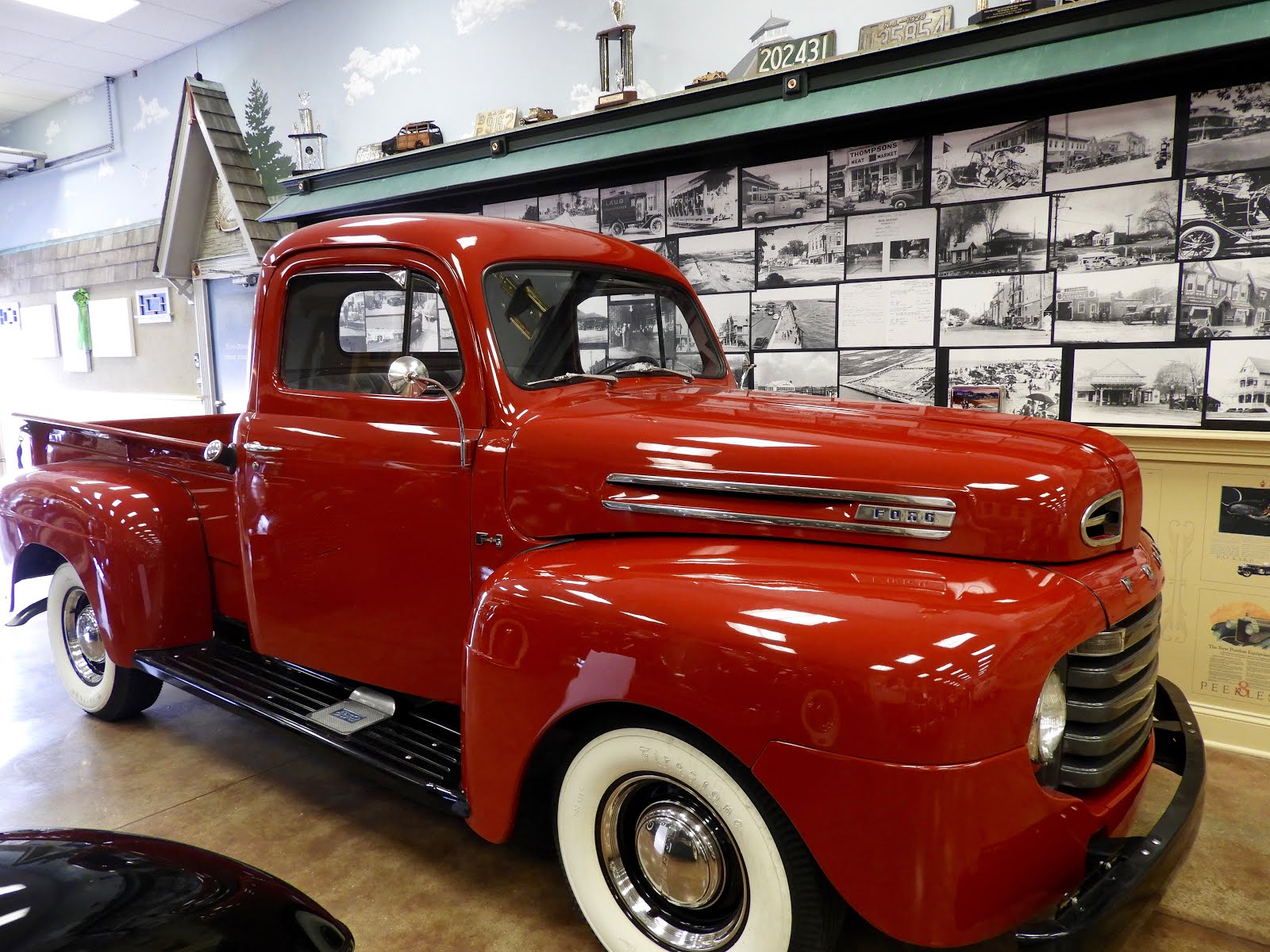 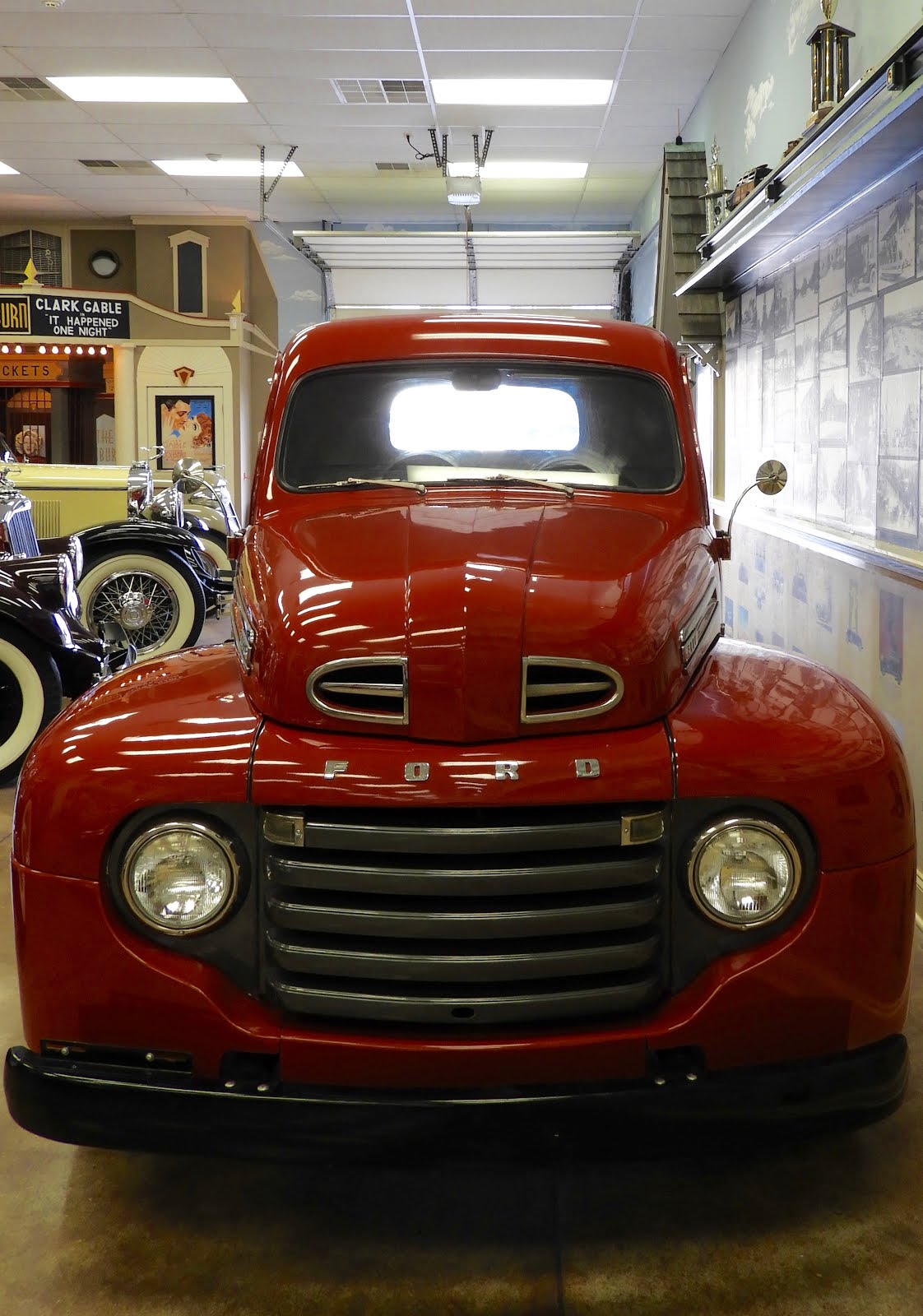 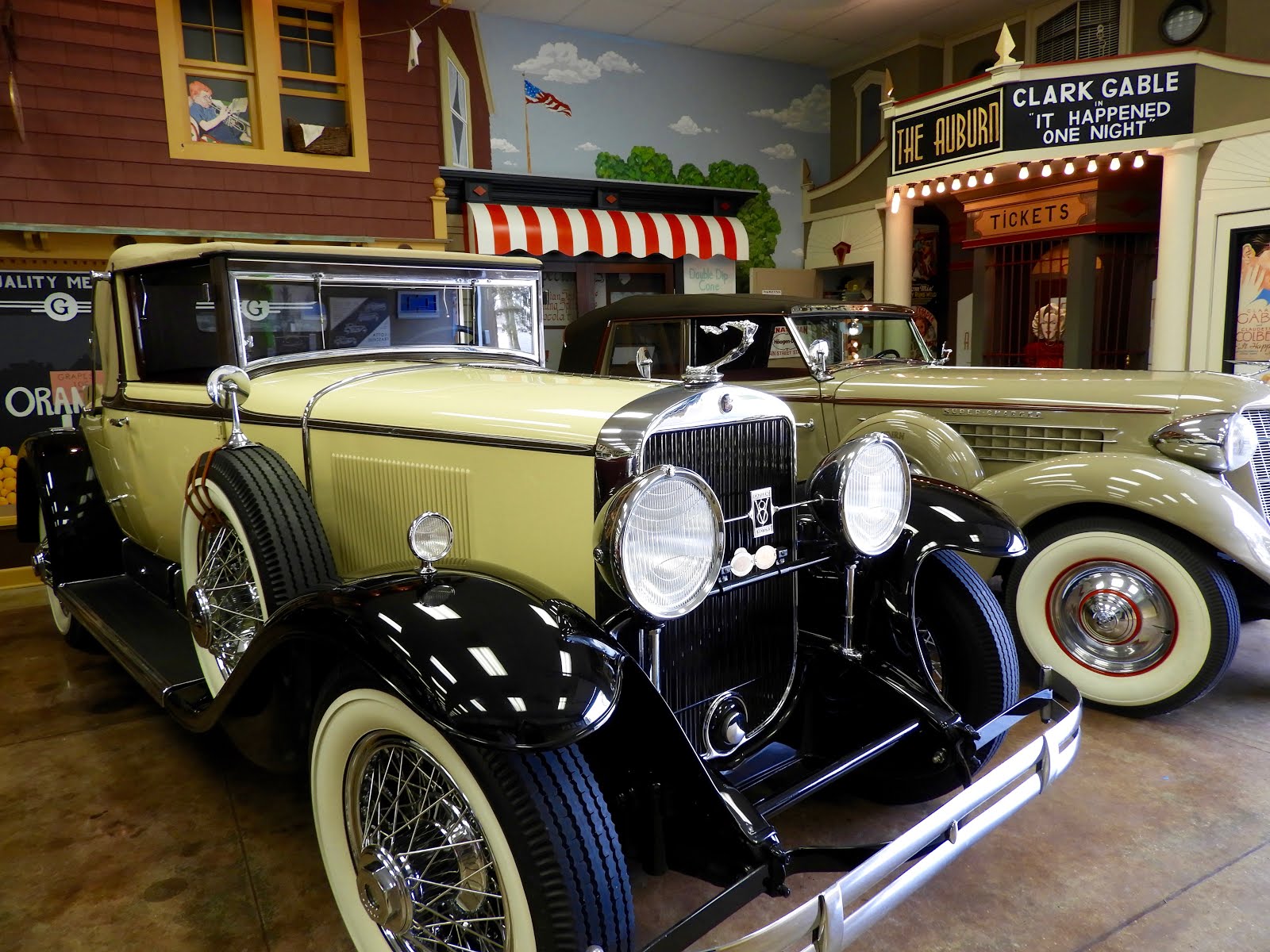 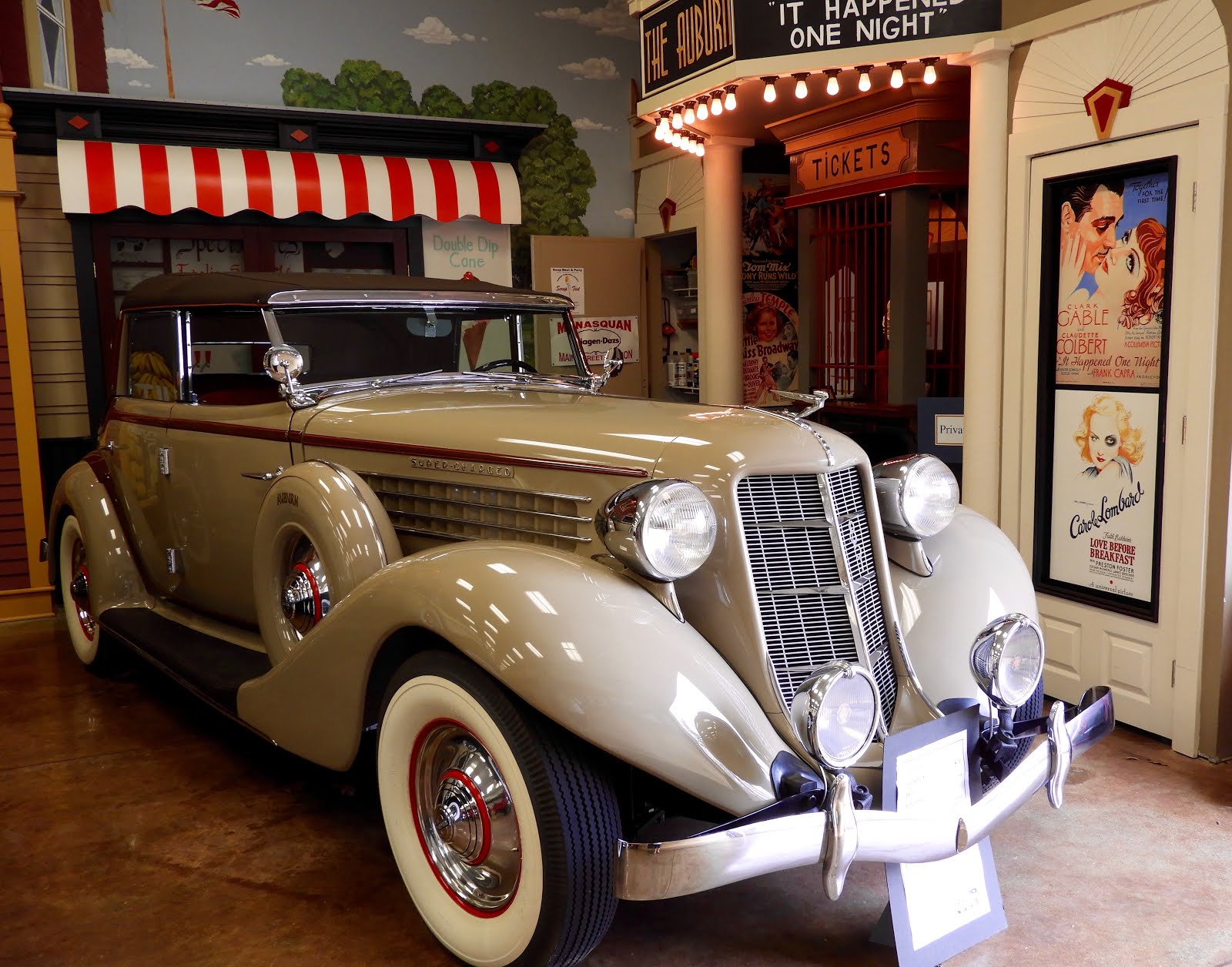 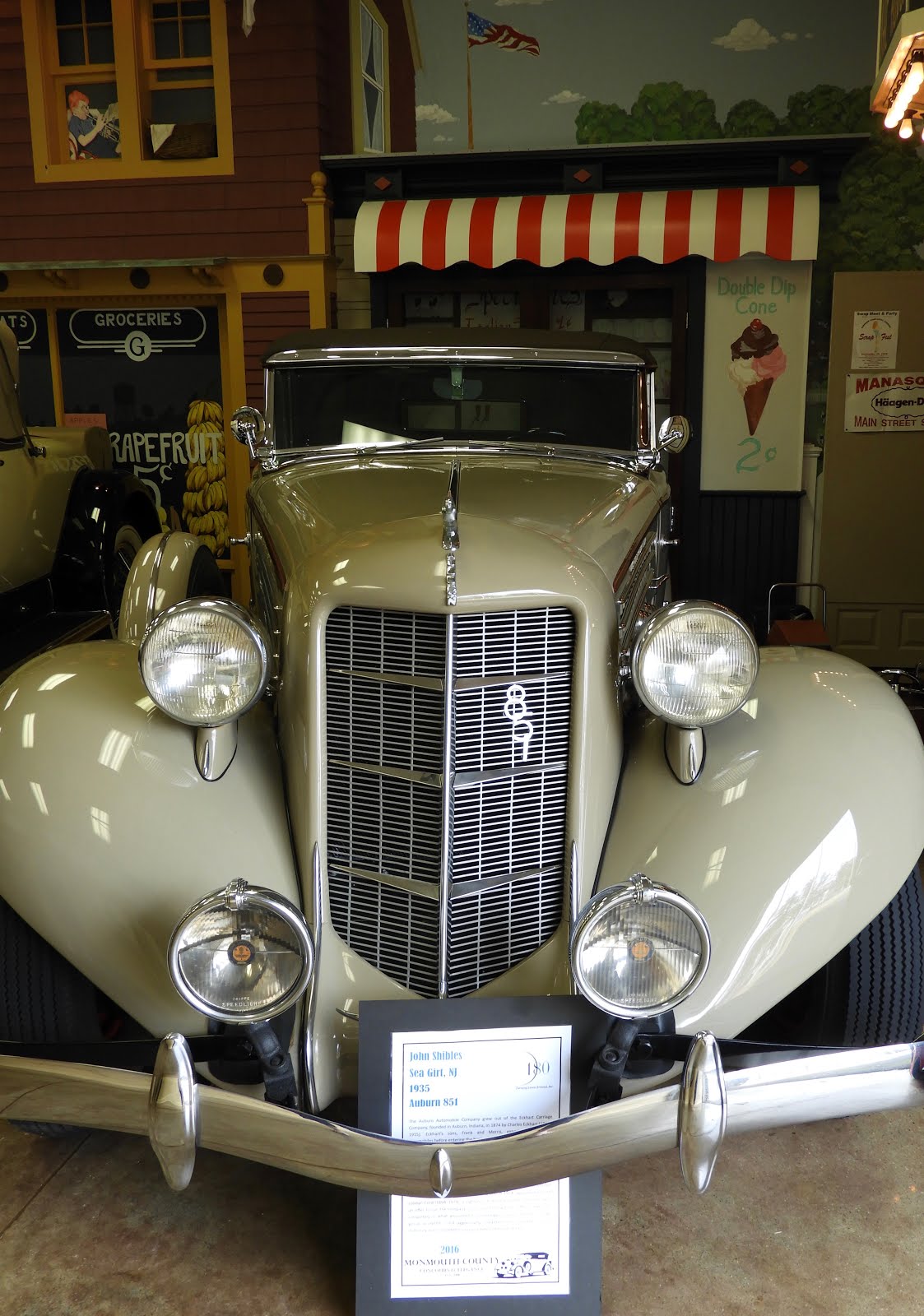 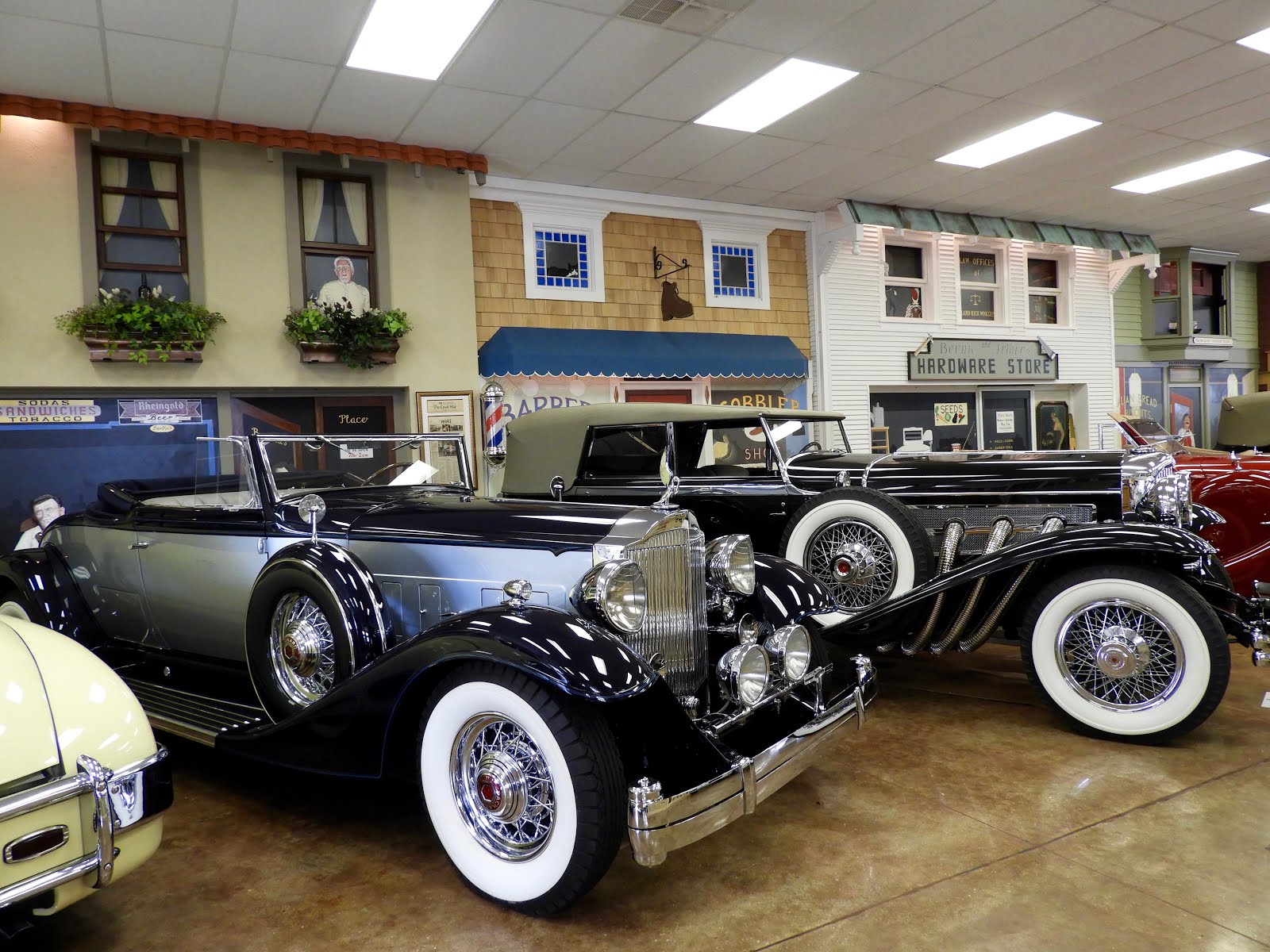 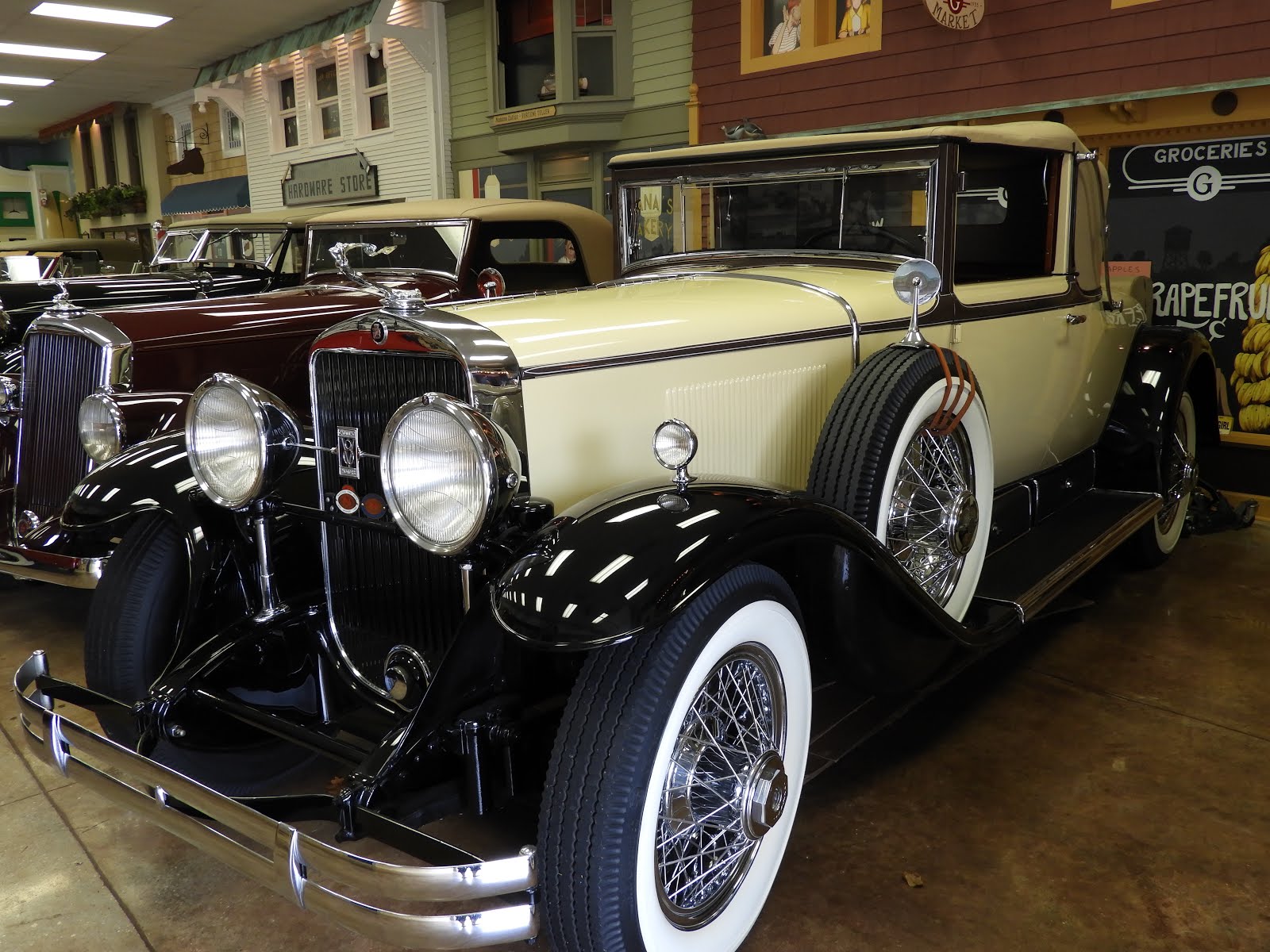 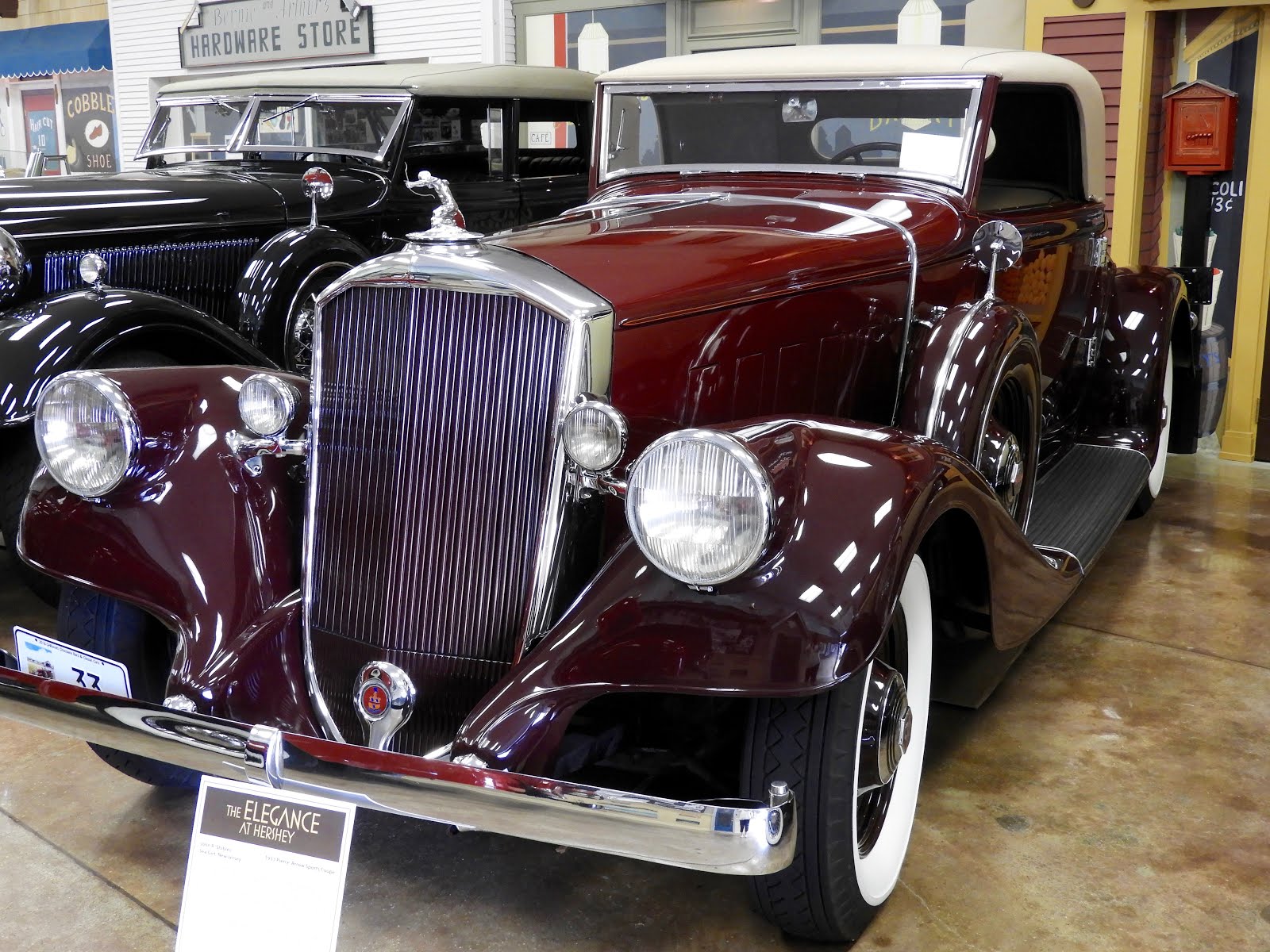 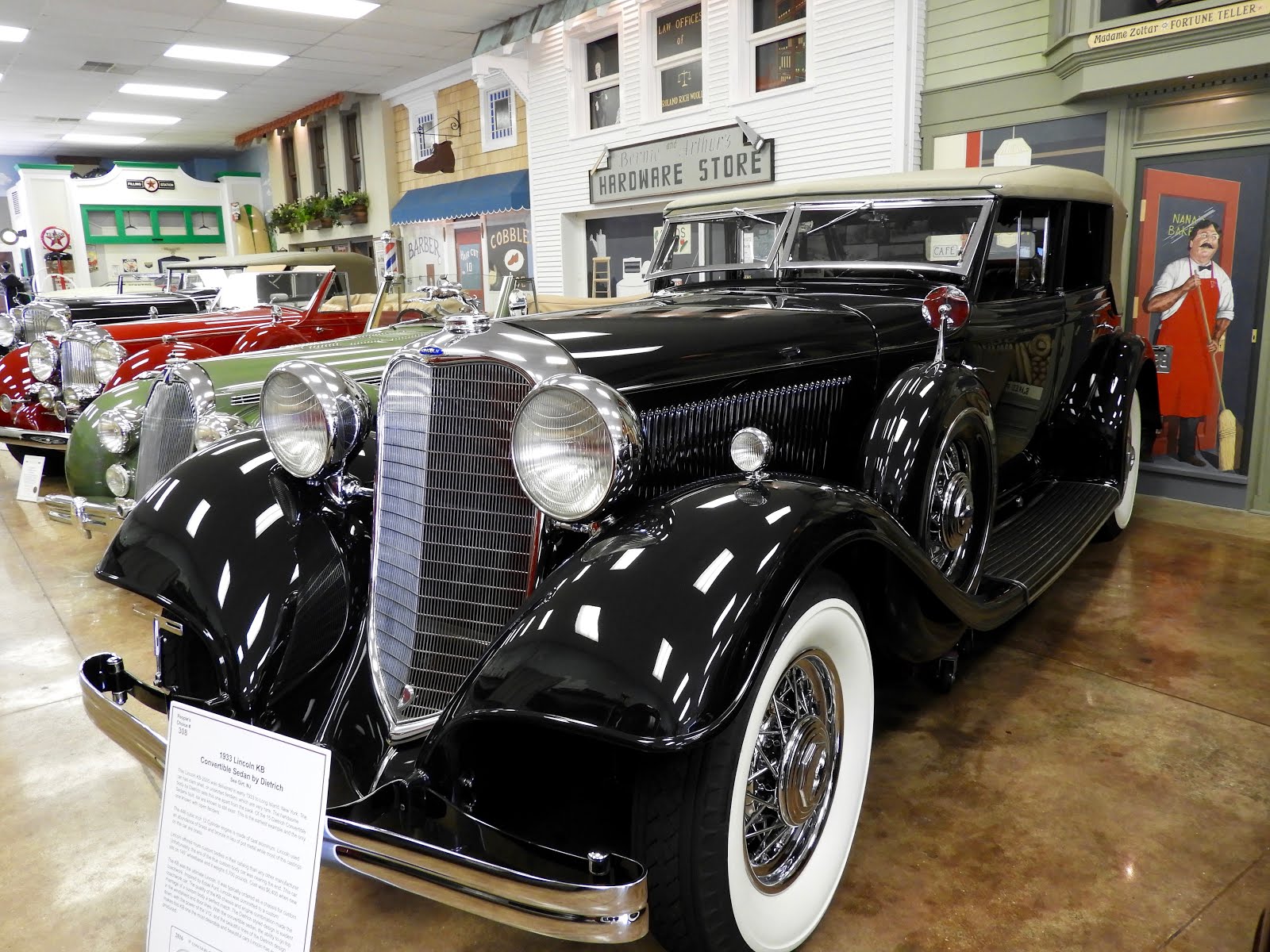 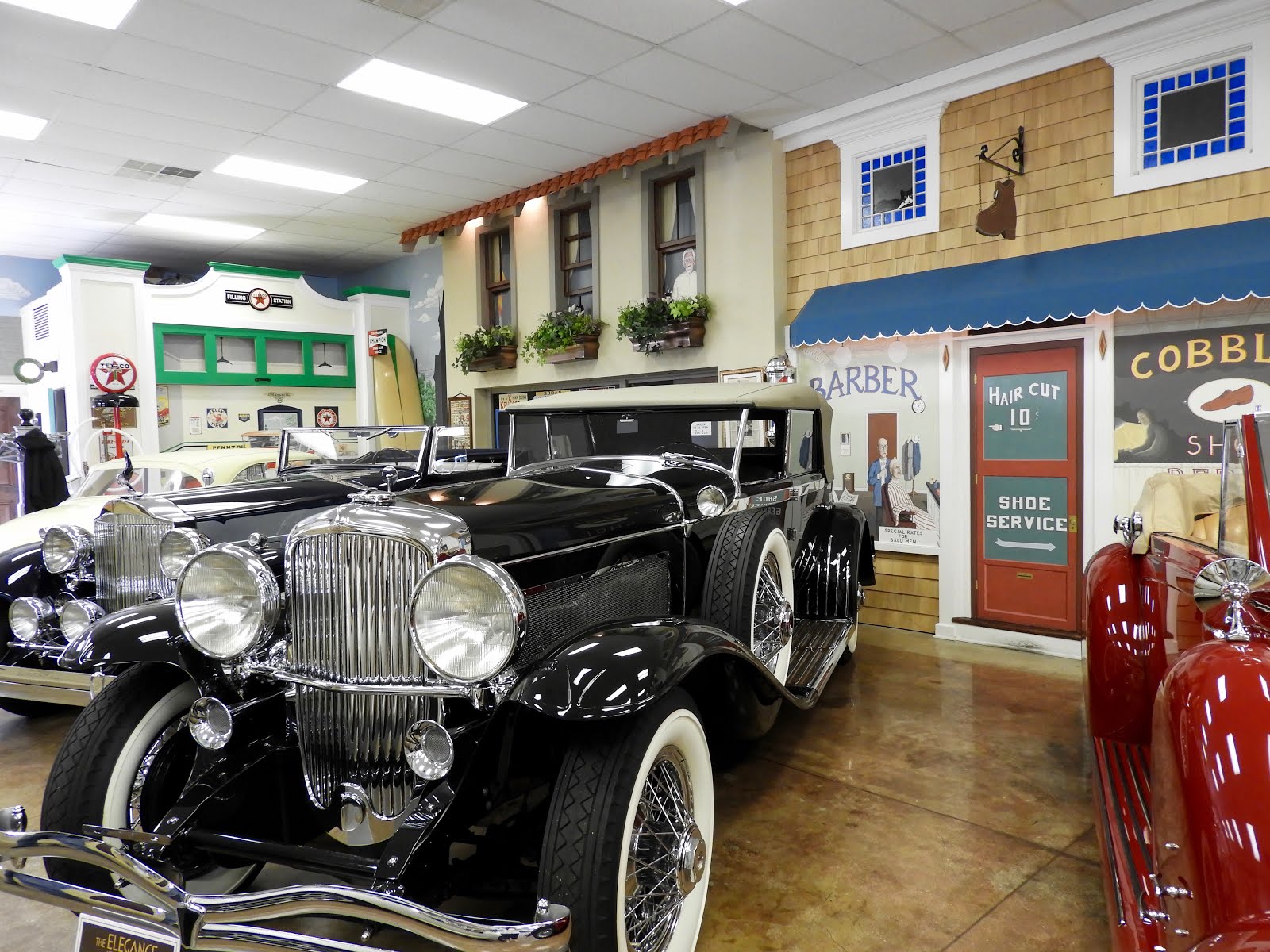 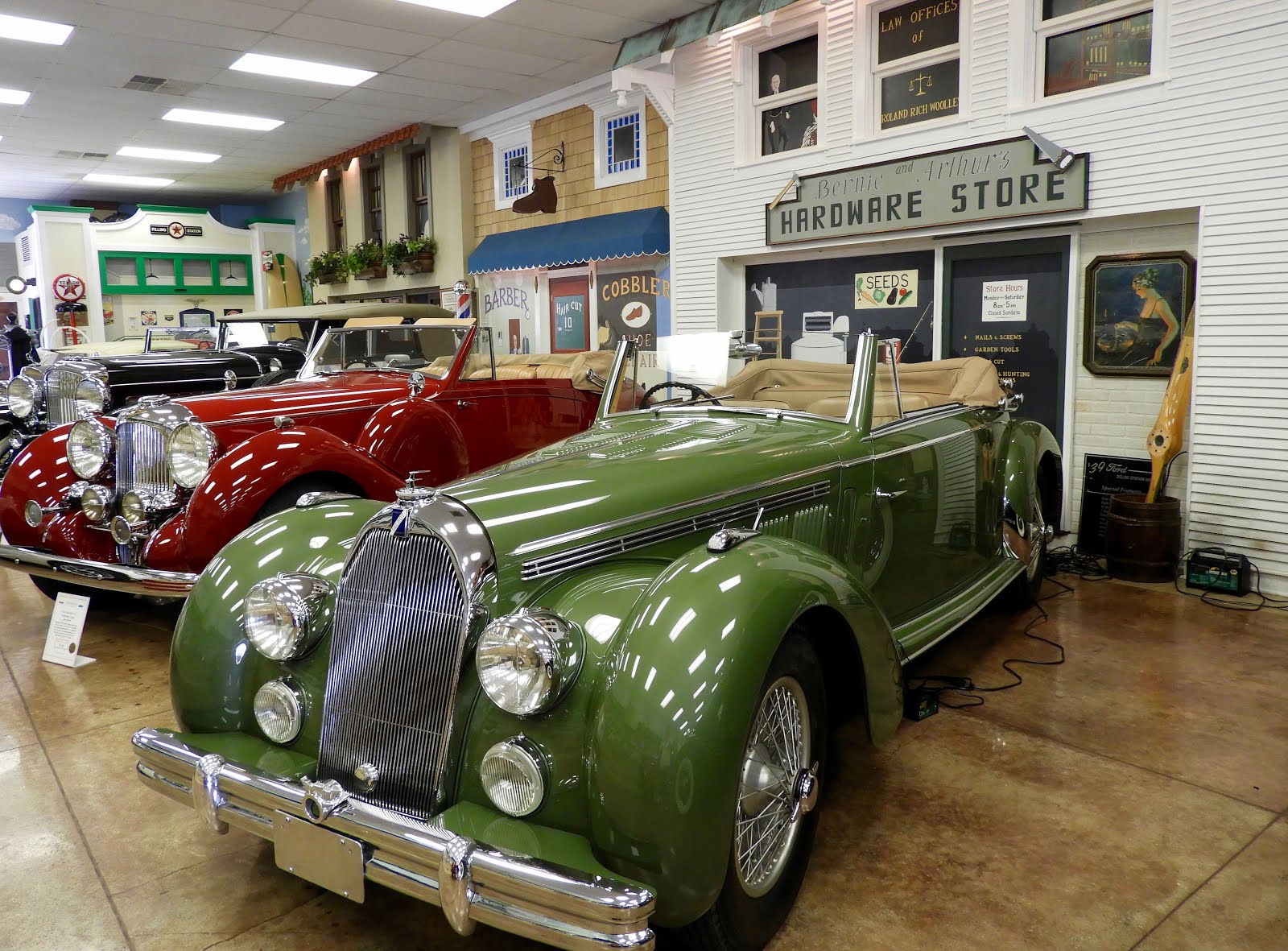 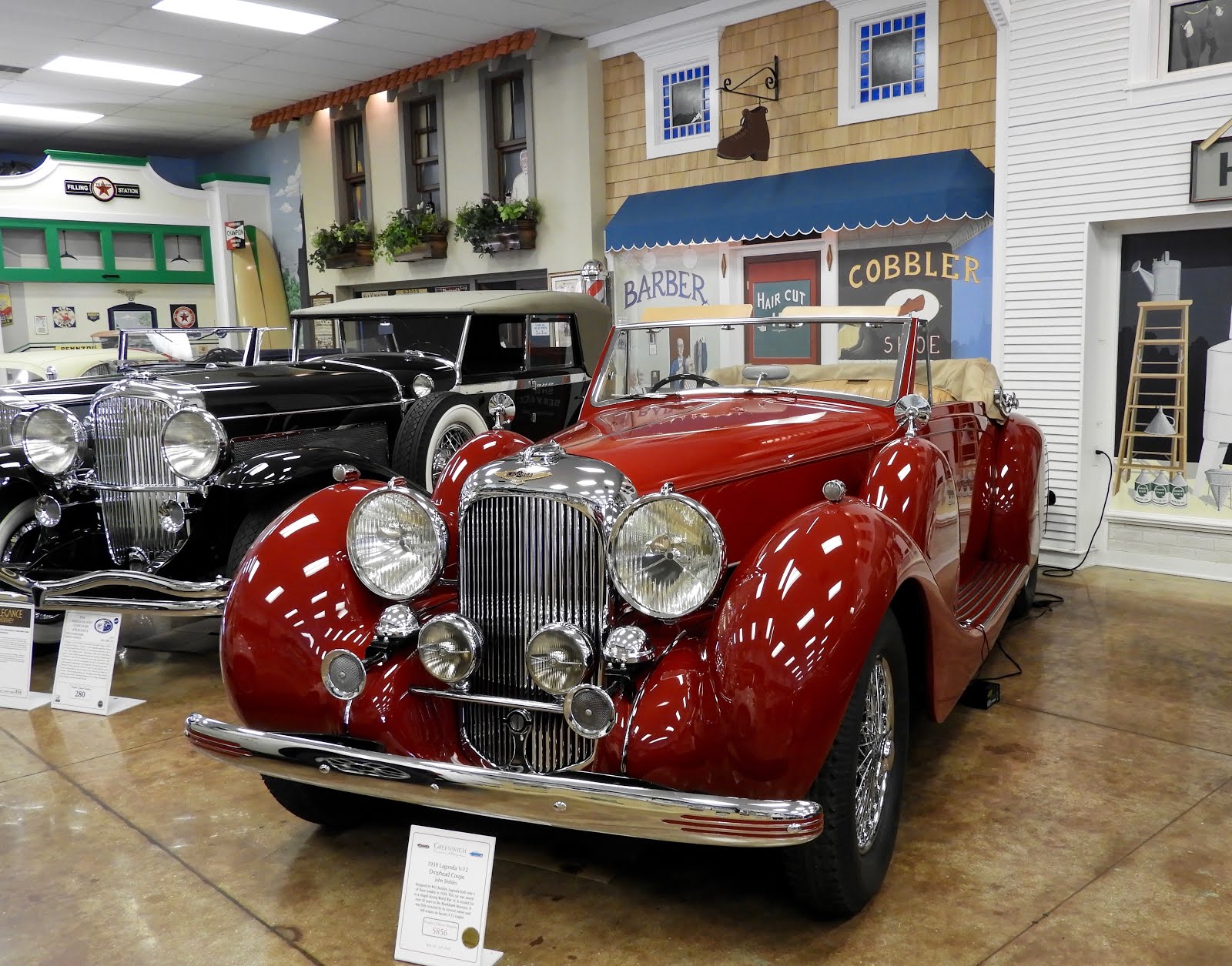 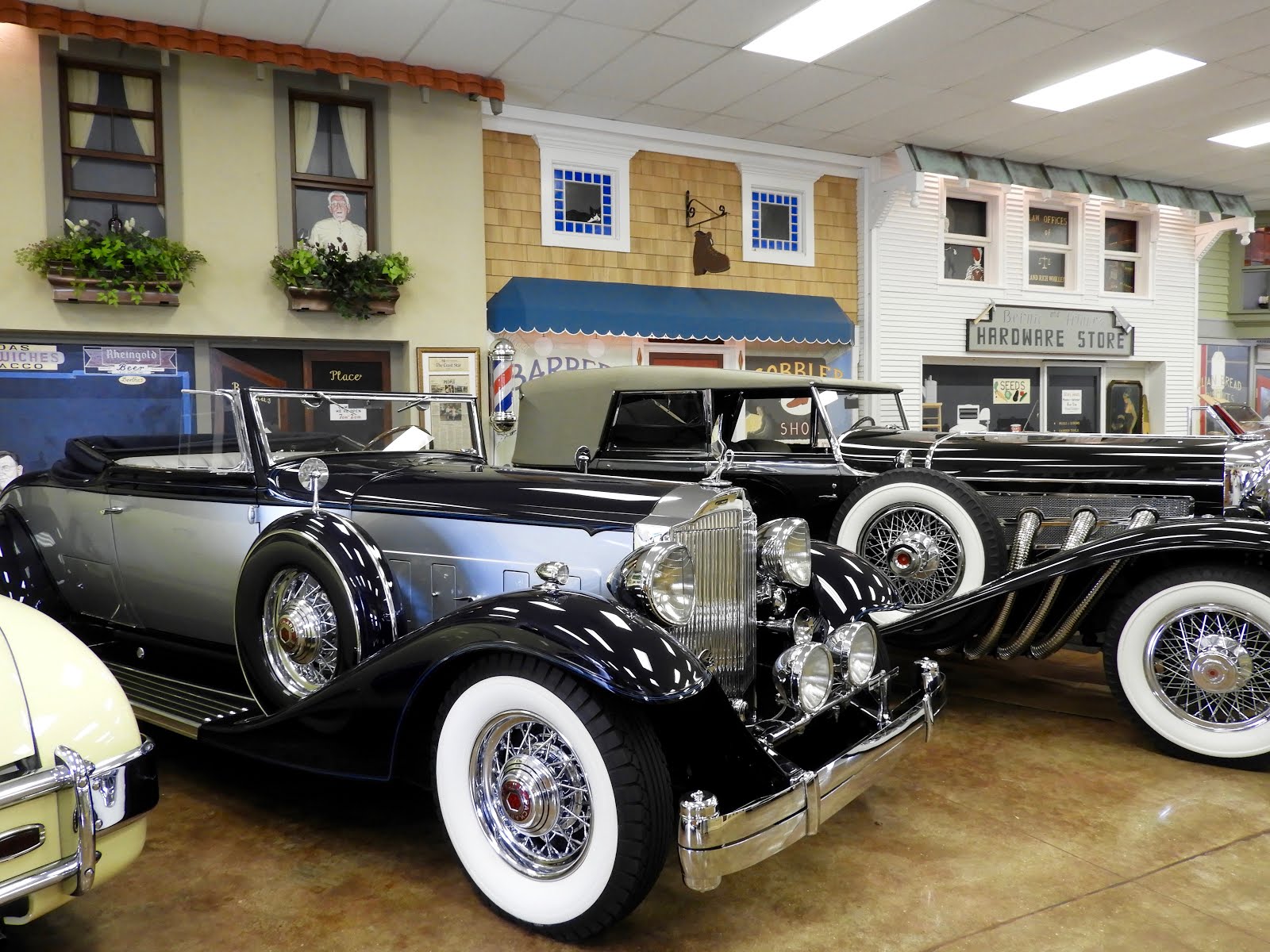 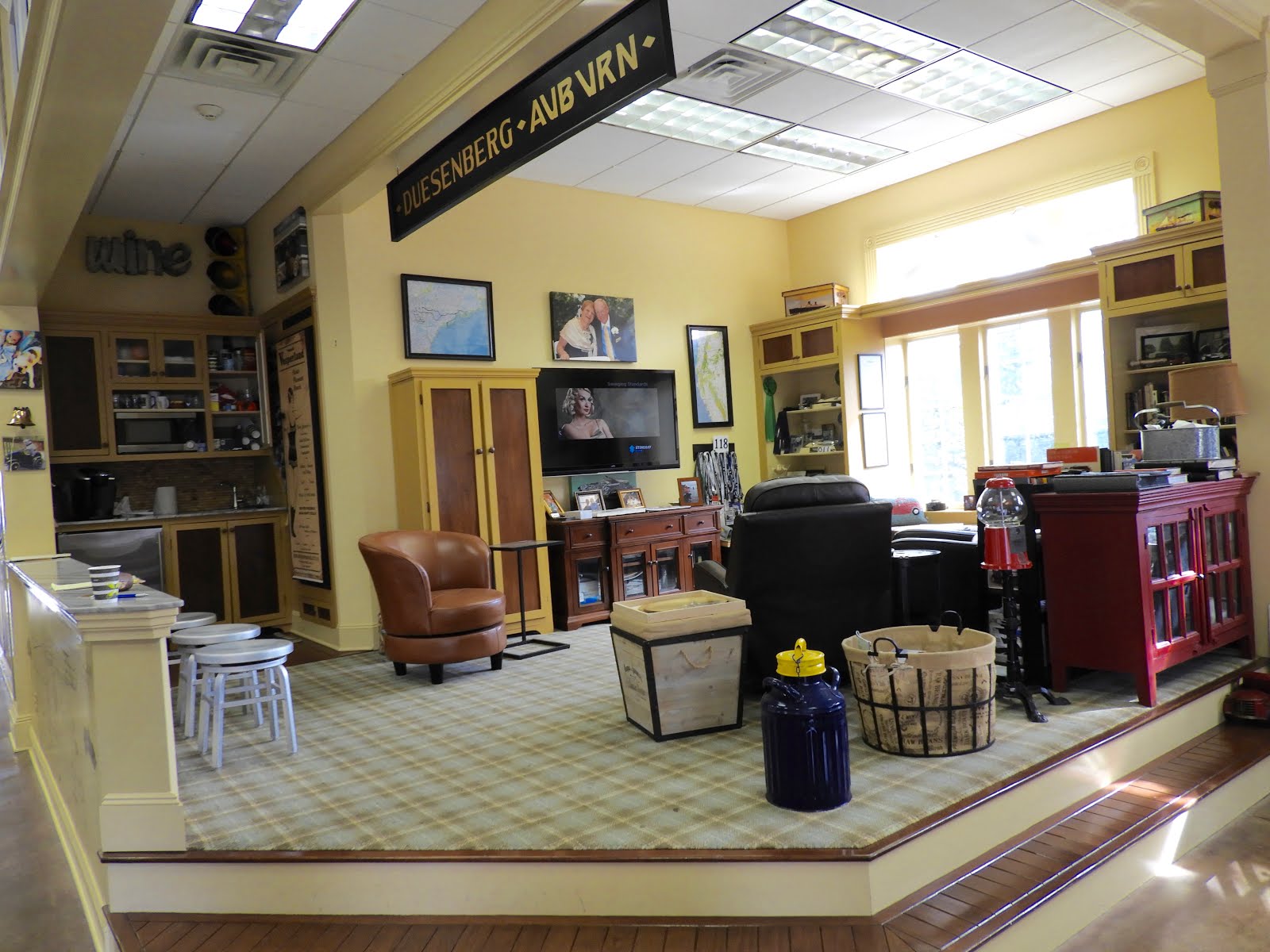 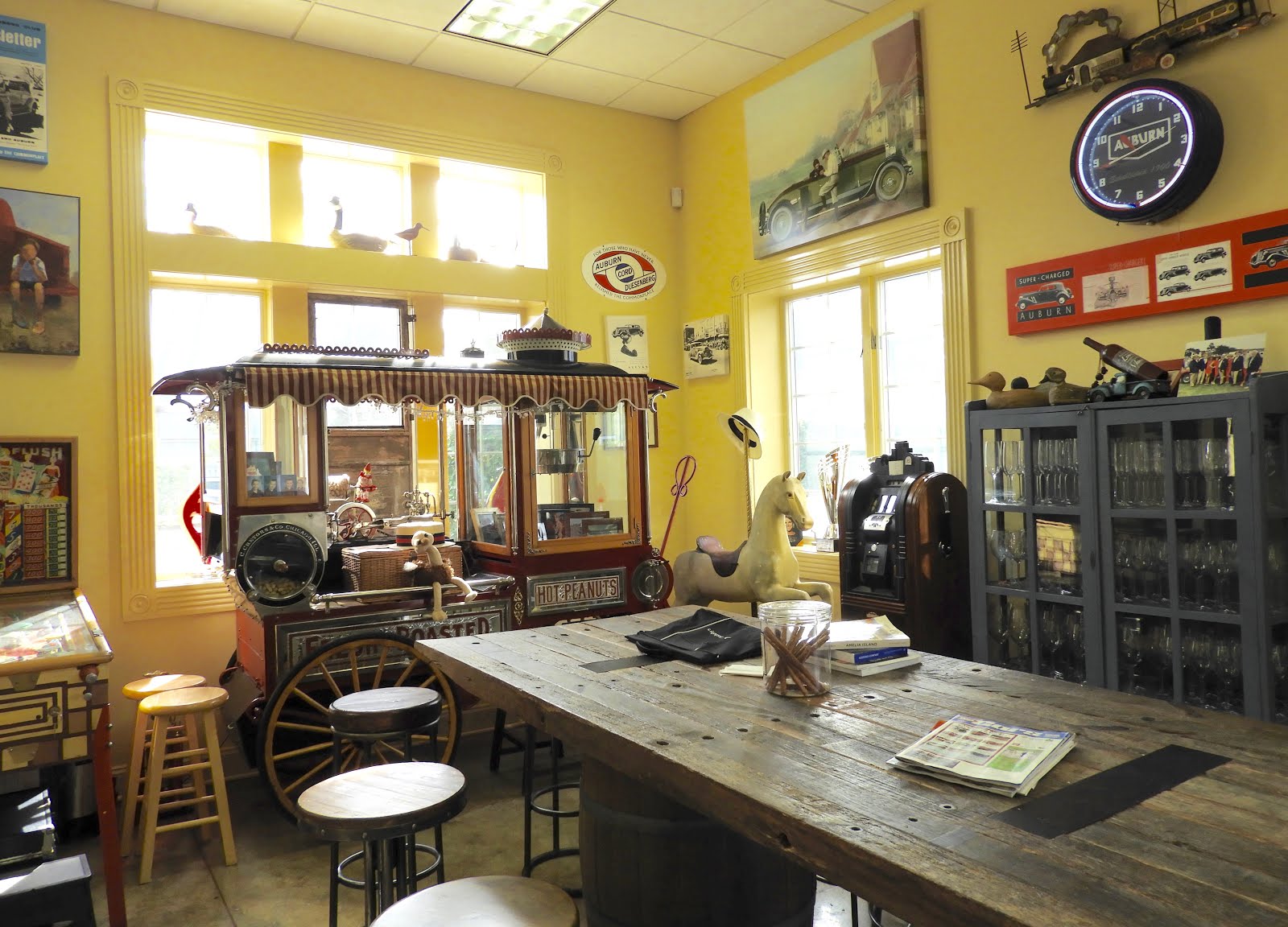 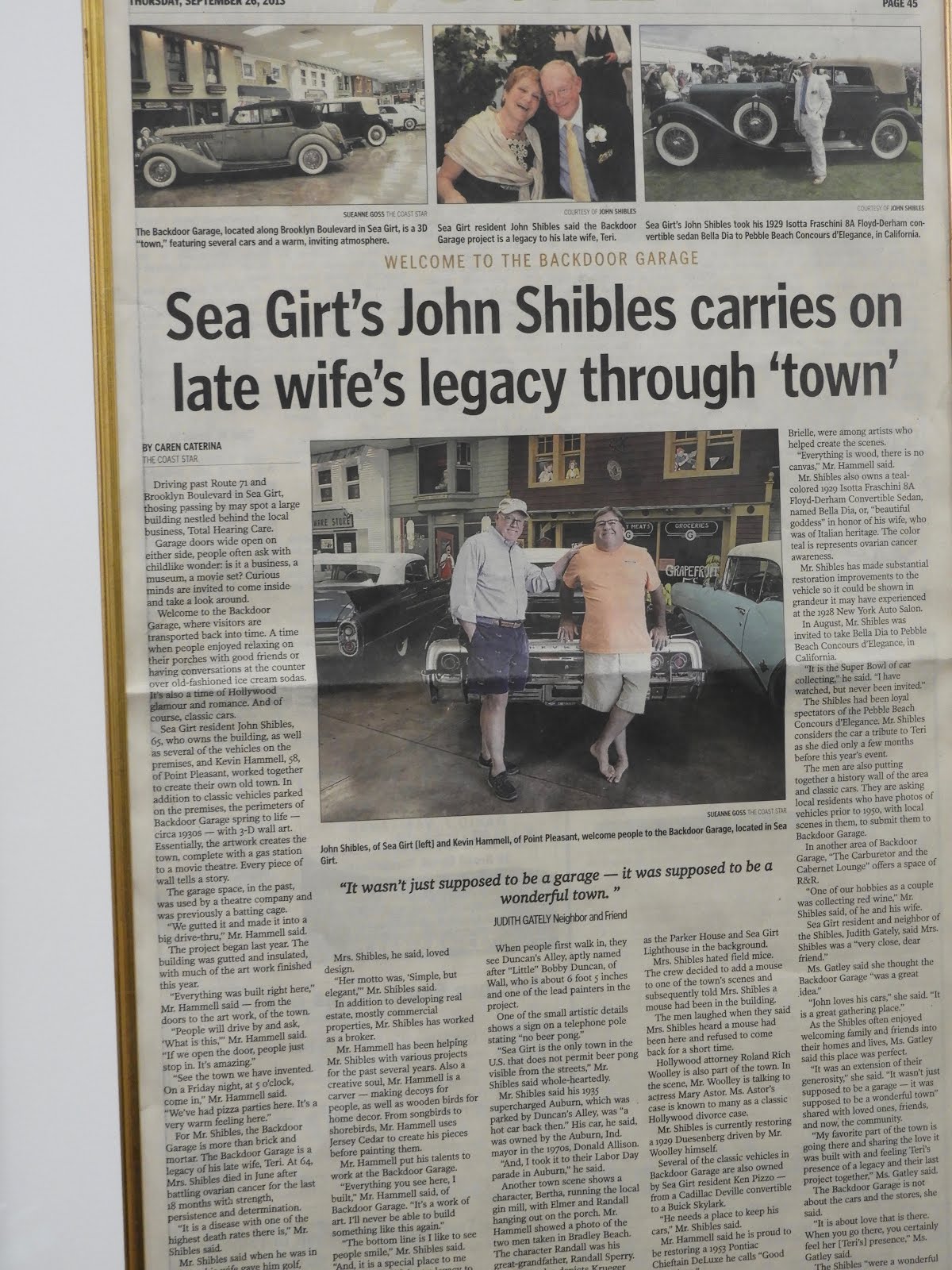 The first few paragraphs are as follows
"Driving past Route 71 and Brooklyn Boulevard in Sea Girt, those passing by may spot a large building nestled behind the local business Total Hearing Care.
Garage doors wide open on either side, people often ask with childlike wonder,
is it a business, a museum, a movie set?
Curious minds are invited to come inside and take a look around.
Welcome to the Backdoor Garage,
where visitors are transported back into time.
A time when people enjoyed relaxing on their porches with good friends or having conversations at the counter over old-fashioned ice cream sodas.
It's also a time of Hollywood glamor and romance, and of course, classic cars".